Indian Gaming: The Price of Influence 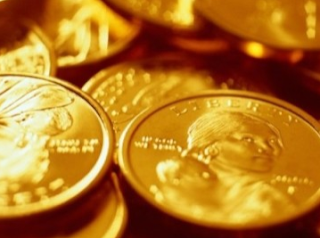 The national Indian media, largely funded by casinos, is part of the scheme.

Millions of dollars each year go to lobbyists and politicians, while Indian people at home suffer.

Just drive across the Tohono O'odham Nation and you will see that the revenues from the lucrative Desert Diamond Casino are not going to the O'odham people.

Open Secrets reveals that currently the Chickasaw Nation tops the list for giving dollars to politicians. The Gila River Indian Communtiy tops the list for funding lobbyists in DC with $2.7 million to lobbyists this year. Next is Tohono O'odham Nation with $1.1 million to lobbyists. Both tribes have casinos in the same region of southern Arizona. Tohono O'odham is building another close to Gila River:
http://www.opensecrets.org/industries/indus.php?ind=G6550 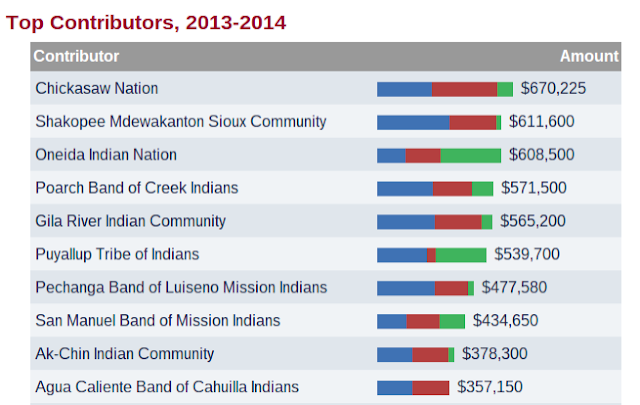 Although the film attempts to make Abramoff appear righteous regardless of his crimes, it does make the point that some of the criminals in DC do go to prison. In the end, the real number of billions going to non-Indians from Indian casinos, is not really known. While some Indian Nations have prospered from Indian gaming, primarily those with small enrollments, others have not.

If you examine the national Indian media, you'll see that these issues are censored. If you examine the dollars from Indian casinos going to non-Indian charities, and to the states, you will see more of the real situation.

For instance, while the Tohono O'odham Nation was fighting for another casino in the Phoenix area, Desert Diamond Casino donated a new fire truck to one of the wealthiest communities in Phoenix. At the same time, many O'odham at home are living in desperate conditions, lacking safe drinking water, housing, jobs and struggle even to get food due to the lack of transportation and distance to grocery stores. 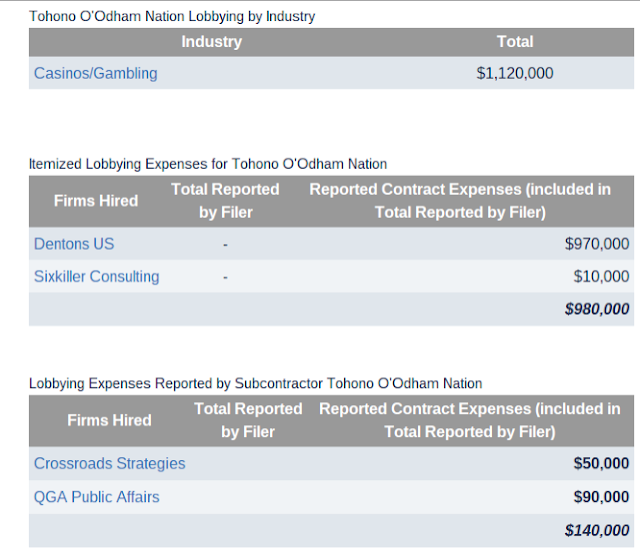 It's all about the NAMMY's which takes place this Friday, November 14th at the Seneca Allegany Casino. Ellen Bello President of the Native American Music Awards joins us at the top and then a parade of NAMMY nominees join the show. Jimmy Wolf and Caren Knight-Pepper are up first. Joanne Shenandoah and Leah Shenandoah join me next.

Great interviews and music sampling run throughout the show. Gareth Laffely follows with alying. Terry Lee Whetstone and Randy McGinnis bring their sound and message to LTN next and followed by the charming Charly Lowry with her great vocals and story. We wrap up with Barry Lee from Red Kroz Bluez Band and John Mcleod. These guys are just a sampling of the great artists to be featured and honored at the Native American Music Awards.http://www.nativeamericanmusicawards.com/. A special thanks to Liz Hill for pulling this show together for "Let's Talk Native..."
great tune and his strong message about bul