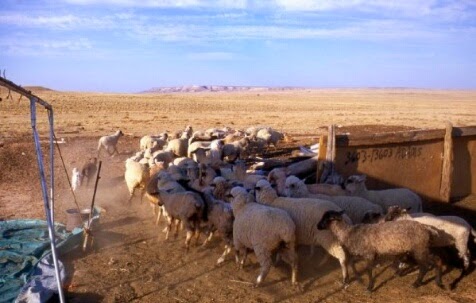 Greetings All,
40 years, I have lived and witness my Dineh community stand up for liberation, honor the Treaty of 1868, honor their ancestors who have fought against the colonial Spainards and Euro-Americans, honor the Great Spirits of the Female Mountain (Big Mountain and Black Mesa), rekindle the flames of Dineh Sovereign resistance, and made declarations to resistance U.S. Anti-Indian policies known as PL 93-531.
Today, many of my great elder Chiefs have gone to the Spirit world and if they were still around, only they would know who I was and how I fought alongside them. Now, I am alone but I just hope to keep my elder Chiefs' voices alive.
Here's a link to a 14 minute, video slideshow that includes a radio interview about this October BIA invasion and attack on traditional life of the Dineh:
https://vimeo.com/112874477
Mitakuye Oyasin.
Kat the Bahe
at November 25, 2014 No comments: 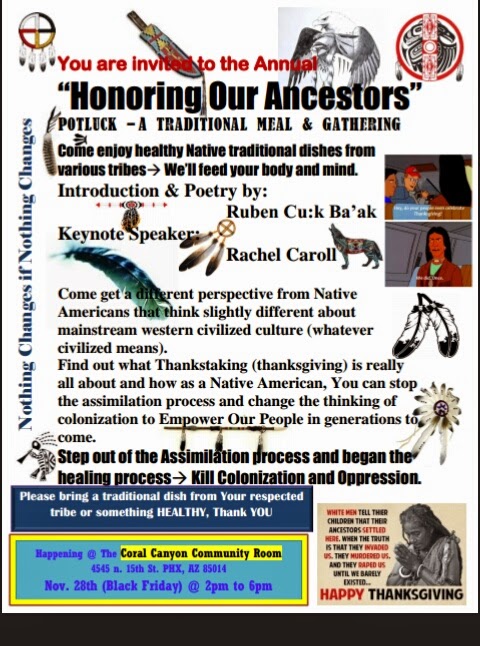 Upon suffering beyond suffering: the Red Nation shall rise again and it shall be a blessing for a sick world. A world filled with broken promises, selfishness and separations. A world longing for light again. I see a time of Seven Generations when all the colors of mankind will gather under the Sacred Tree of Life and the whole Earth will become one circle again. In that day, there will be those ...among the Lakota who will carry knowledge and understanding of unity among all living things and the young white ones will come to those of my people and ask for this wisdom. I salute the light within your eyes where the whole Universe dwells. For when you are at that center within you and I am that place within me, we shall be one." - Crazy Horse, Oglala Sioux Chief (This statement was taken from Crazy Horse as he sat smoking the Sacred Pipe with Sitting Bull for the last time, four days before he was assassinated.)
at November 25, 2014 No comments: 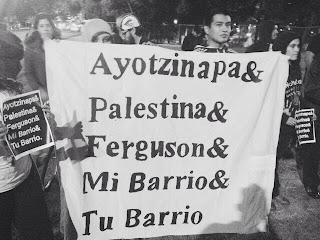 EL PASO, Texas, November 25, 2014- A National Protest in Response to the Grand Jury's decision not to indict Officer Darren Wilson in the shooting death of Michael Brown in Ferguson, MO is scheduled in El Paso, Texas today, Nov. 25th at 5PM at the El Paso Courthouse-Downtown. Groups in every major city are rallying in solidarity for peaceful protests in response to this injustice.
The event is open to the public. Attendees are encouraged to bring signs and supplies to make signs (signs should be free of curse words). Dress for the weather.Our friends in Ferguson need us to help project their voices. This is a peaceful protest where attendees are welcomed to speak up and speak up about police brutality, anti-black racism, and the power of coming together. Again, this is a peaceful protest where we will use the power of our voices to speak for us.
The facebook event can be found here: https://www.facebook.com/events/277874185755094/
Attached, "The Results are In: An Open Letter from Protestors On The Grand Jury Decision"
Any questions, comments, or concerns can be addressed by contacting Adriano Perez

Please post and distribute. Nia:wen.
MNN. Nov. 25, 2014. The cops and soldiers all have mothers. The time has come for mothers to speak to their sons and daughters who are carrying out the will of the multinational energy corporations and their agents. Tell your children not to shoot and kill us for wanting peace and to save the earth. Remind them they are also of the people.

Corpo cops: “My mother told me not to beat up old people”.
Martial law is planned for different scenarios like Ferguson, Burnaby Mountain, civil wars, impending disasters, climatic devastation, etc. In 1917 the Russian people were starving and freezing due to the war they had been involved in since 1914. The Tsar sent the police to put down the rebellion. After months of conflicts, the police refused to kill the people and instead joined them. Nicholas then ordered the army to put down the police and people rebellion. Within a short time the army joined them too. Shortly thereafter Nicholas and his family were murdered.

“Watch out, soldier boy. I’m a clan mother”.
Get ready for the coming revolution. Martial law will be imposed in stages. Food and housing shortages will cause rioting. China has been preparing for years for the pole shift, building “ghost cities” in the mountains away from the coast. Deserts are being irrigated. Russia is moving its people to the eastern regions. In Canada and US the majority live in cities on major waterways and are therefore vulnerable to flooding.
Major environmental destruction will cause hardship to every person on Onowaregeh. Soil, drinking water and the entire forests of Northern Alberta are being destroyed. All other provinces and states on Onowaregeh will be affected.
Labor camps are already set up, called FEMA in the US and new private prisons in Canada. Cities such as Montreal can be easily blocked and all the people can become virtual prisoners.
The government has trained and armed their agencies in anticipation of martial law. The elite will do everything to stay in power. UN Agenda 21 sells martial law as promoting order, security and essential services. The military will control power, utilities and food distribution. Curfews, denial of civil rights, travel restrictions, access to money will be controlled by the corporations. Watch the Burnaby Mountain BC protest. The police work for the corporations against the people. Canada pays them to protect the energy extractors.
Henry Kissinger who helped draft UN Agenda 21 said: “Military men are dumb, stupid animals to be used as pawns for foreign policy”.

The mothers have to stop them from killing their own people.
Deganawida said that we would crawl like babies to the hilly country to heal. The Great Peace provides that we gather in our clans and discuss the peace until we come to one mind. The new INDIANS heard the Squamish and Tsleil-Waututh spirit telling them to save the natural world. Women of the world, talk to your children to start the peace.
It’s time to listen to the old Beatles song, turn it up: “You say you want a revolution. Well, you know. We all want to change the world.”