Death by police and COINTELPRO: UN Reviews US Human Rights Violations on Monday 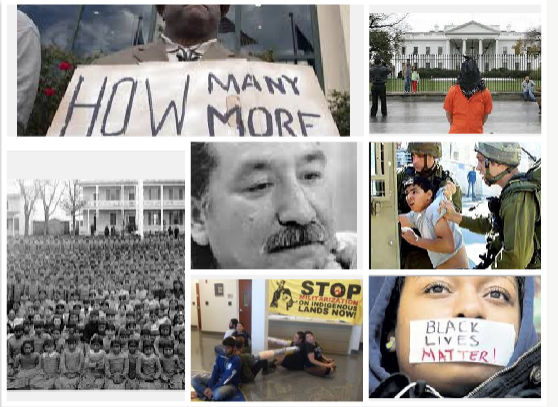 The United States human rights violations will be reviewed on May 11, 2015, before the United Nations Human Rights Council in Geneva. The murder of unarmed blacks by police officers, COINTELPRO, and freedom for Leonard Peltier and Mumia Abu Jamal, are on the agenda.

Racial discrimination and unjust imprisonment top the list of human rights violations by the United States. The seizure of Indigenous children from their homes, and death by environmental pollution, particularly for Native Americans in the Southwest, are included in the United States human rights atrocities.

The fact that the US continues to fund Israel, while Israel carries out Apartheid in Palestine, is in the human rights violations. As expected, the US has already attempted to defend its record on spying, torture and targeted assassinations.

Taking the lead, the US Human Rights Network, in its statement for the upcoming Universal Periodic Review on Monday, calls for the release of political prisoners Leonard Peltier and Mumia Abu Jamal.

"More than 20 racial and social justice activists and human rights defenders languish in prisons throughout the U.S. These political prisoners are COINTELPRO/Civil Rights Eraxxvi activists who were persecuted because of their political beliefs and activities. They are now indigent, aging, infirmed, and entitled to immediate relief. UPR Recommendations 92.94, 92.153 and 92.154 call on the U.S. government to “end the discrimination against persons of African descent;' and to 'release all of its political prisoners…including Leonard Peltier and Mumia Abu Jamal.”

The Human Rights Network states, "Throughout the U.S., communities of color and Indigenous Peoples are disproportionately exposed to environmental pollution. In New Mexico for example, they suffer disproportionate health impacts - primarily cancer - from pollution caused by industrial and extractive activities (including uranium mining and processing), yet many are denied effective legal recourse."

On the issue of global human rights, the US Human Rights Network points out that the US continues to fund Israel, in the face of Israel's ongoing human rights atrocities in Palestine.

"Since 2010, Israel is, by far, the largest recipient of U.S. foreign military assistance. Providing military assistance to Israel in the face of longstanding impunity for human rights crimes represents an ongoing failure of the U.S. to fully implement International Humanitarian Law (IHL) and accountability measures required under the U.S. Leahy Laws." Read the full report of the US Human Rights Network: http://www.ushrnetwork.org/sites/ushrnetwork.org/files/upr_exec_summary_of_stakeholder_reports.pdf

US State Department glosses over violations

Meanwhile, in what Russell Means, Lakota, often called "another dog and pony show," the US State Department has already submitted a statement glossing over its human rights violations.

In the US State Dept. response, there is no mention of the United States drone assassinations. The US has little to say in its own defense about spying on its citizens (which the US Appeals Court has just ruled illegal) or spying on the world's leaders and citizens.

As for the US response concerning its own spying, if it were not tragic, it would be laughable.

The US State Dept. response is brief: "See general comments. We collect information about our citizens only in accordance with U.S. law and international obligations."

The US State Dept. actually denies its own assassination programs, which has been well-documented by former CIA agents and whistleblowers. The US responds in its statement:

Recommendation 142: Halt selective assassinations committed by contractors, and the privatization of conflicts with the use of private military companies.
U.S. position: See general comments. Our contractors are not authorized to engage in direct hostilities or offensive operations or to commit assassinations. Like U.S. government personnel, contractors may only use force consistent with our international and domestic legal obligations. We have expressed support for the International Code of Conduct for Private Security Service Providers.

As expected, the US State Dept. denies it has violated the Geneva Conventions by carrying out widespread torture, disappearances and targeted assassinations. Further, the US denies its role in the ongoing abuse of migrants at the borders and prison-for-profit schemes involving migrants. The US assumes no responsibility in the militarization of the US border, or confesses that US Homeland Security selected Israel's defense contractor Elbit Systems to build spy towers on the Arizona border this year, including on the Tohono O'odham Nation.

Meanwhile, in its summary for the upcoming Review, the United Nations High Commissioner on Human Rights has listed US human rights violations -- as stated by what the UN refers to as "stakeholders."

The removal of Indigenous children from their homes is among the current human rights violations listed. This follows generations of abuse, torture and murder of Native American children who were kidnapped by US agents and forced into US boarding schools, leaving behind missing children, fractured families and generations of trauma. The boarding schools also militarized Native children, resulting in Natives joining the US armed forces in large numbers and serving in the same US military force responsible for the widespread genocide of Native Americans.

Currently the seizure of Native American children from their homes and families by social services and other US agents, in violation of law, is being fought by Lakotas in the Dakotas and other Native Americans throughout the US.

In its report, the High Commissioner states: "JS10 stated that indigenous children are removed from their families and communities at disproportionate rates as compared to other children and once removed they often suffer psychological, economic and cultural harms."

One of the crimes largely ignored by the media in the US is medical research targeting people of color without their knowledge. What type of research was Johns Hopkins carrying out at Fort Defiance PHS hospital in Arizona, and elsewhere, all those years? Many of the Navajos who went there did not speak English and trusted the doctors and translators to make decisions for them. Johns Hopkins is being sued for infecting Guatemalans with STDs.

Also, has Indian Health Service been collecting DNA without American Indian patients knowledge? (A Native youth was recognized for her achievement in creating a DNA kit for IHS.)

The facts are known that Indian Health Service systematically sterilized American Indian women in the US, many in the 1970s, as documented by Censored News in this video interview with Jean Whitehorse, Dine', at the AIM West gathering. Extensive investigations are now revealing how Native children in Canada in boarding schools were secretly used in medical and psychological experiments. Less is known about those experiments in US boarding schools and hospitals. Video interview with Jean Whitehorse: https://www.youtube.com/watch?v=26-QlIGhXcE

In the High Commissioner's report on the United States, some of the human rights violations of "Minorities and indigenous peoples" are listed.
JS46 stated that Alaska and Hawaii were each a state of peoples recognized under the law of nations and international law as nations, claiming self-determination and self governance. According to JS46, the US submitted misleading reports to cloak the violations of the Charter of the United Nations and international law.250 87. While acknowledging the efforts made by the Government in recent years to advance the rights of indigenous peoples, JS5 noted with deep concern that indigenous peoples, including American Indian, Alaska Native and Native Hawaiian peoples, still face significant challenges that are related to historical discrimination, acts of oppression, and inadequate government policies.251 JS5 recommended the Government to adopt measures to effectively protect sacred areas of indigenous peoples against environmental exploitation and degradation. 252 JS19 made similar recommendations.253 88. JS48 requested that the UPR Working Group recommend that the US fully implement the UN Declaration on the Rights of Indigenous Peoples without seeking to diminish the inherent rights of Indigenous Peoples to, inter alia, self-determination, free, prior and informed consent, rights to traditionally owned, occupied and used lands, territories and resources, cultural rights and sacred areas.254 JS44 made similar remarks and recommended protecting cultural landscapes and sacred areas of indigenous peoples and A/HRC/WG.6/22/USA/3 11 ensure that consultations are held with the communities affected by development projects and exploitation of natural resources.255 JS42 made a similar recommendation.256 89. JS26 stated that the principle of free, prior and informed consent relating to indigenous peoples must be central to domestic and foreign policy. Sacred sites must be protected across the country.257 90. JS40 stressed that the reclamation of traditional lands and natural resources is a primary goal for the Nipmuc Nation and the Chappaquiddick Wampanoag Tribe. 258 Tribal members are continually challenged in their right to hunt and fish without license. Some cases have resulted in arrests of tribal members.259 WSNC recommended that the Government respond to WSNC requests for negotiation on treaty and land rights.260 91. JS48 indicated that the US continues to make unilateral decisions to extract resources (gold, uranium, coal, timber, water, etc.), and to carry out development projects with devastating impacts on the sacred areas, including waters and other resources. 261 92. JS48 requested that the UPR WG recommend that the US reconsider its rejection, in its first UPR review, of recommendation 92.154262 regarding the end of the incarceration of the Indian activist Leonard Peltier. 263 93. JS42 asked the UPR WG to recommend that the US engage in peace processes with Indigenous Peoples by providing safe access to land, water and education, and safety from violence. 264

Besides the United States, the Human Rights Council will also review human rights in Belarus, Liberia, Malawi, Mongolia, Panama, Maldives, Andorra, Bulgaria, Honduras, Marshall Islands, Croatia, Jamaica and Libya during the session, which is the 22nd session, May 4 -- 15, 2015.


NOTE: Please forward additional statements submitted to the UN, for publication in Censored News to: brendanorrell@gmail.com 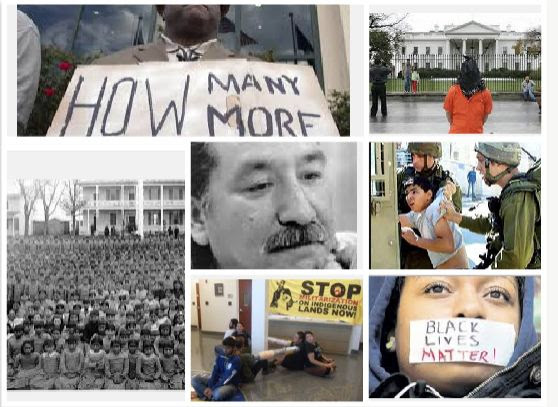 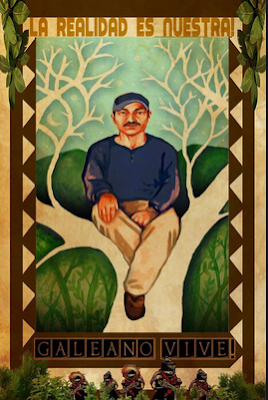