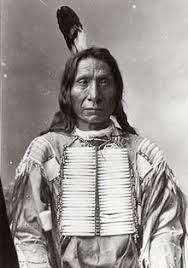 The order seeks to block any attempts to negotiate or otherwise access interest accrued on the Black Hills Settlement by any person or organization without approval of the seven bands of the Lakota Oyate.

Currently, the Lakota refuse to accept the 1981 settlement money or its accrued interest that now tops over one billion dollars that attempts to settle the illegal United States seizure of the Black Hills and surrounding treaty lands without Lakota consent and in violation of the 1851 and 1868 Ft. Laramie Treaties.

The Black Hills Sioux Nation Treaty Council has asked for penalties of one hundred million dollars for any person attempting to negotiate or access the settlement or its interest.

A meeting on October 7, 2017 at the Ramkota Hotel in Rapid City broached the issue of accessing the hundreds of millions of dollars in accrued interest.  But the traditional and grassroots Lakota fear any withdraw of money from the Black Hills settlement will be considered as Lakota acceptance for the sale of the Black Hills.

The International Indian Treaty Council (IITC) was the host for the October 7th meeting that included several indian attorneys but did not outreach to traditional and grassroots Lakota people of the seven bands, many who live on reservations.

“It’s really sad these groups proceeded on this without informing the poor people,” said Strong Heart Warrior leader Canupa Gluha Mani. “When will they put the people first?”

Canupa Gluha Mani along with Lakota Oyate Itacan Mel Lone Hill found out about the meeting and interceded when topics steered towards accessing the settlement interest. Anger has grown on the reservations as Lakota people have learned people were discussing settlement moneys without broad Oyate consent.

“You neutralize your people’s rights by not telling or including them in what’s going on,” Canupa Gluha Mani explained.

It is customary for Lakota leaders or people acting in ways that affect treaties or issues affecting the seven bands to represent themselves with Lakota language and do so in togetherness with grassroots Lakota elders and people – many of whom are poor and cannot travel long distances from the reservations.

“The IITC must be accountable for their illegal behavior in not telling the people about possible actions that affect our land base.”

###
The Independent Lakota Nation continues the inter-generational movement to assert Lakota independence and grows from past efforts by Lakota chiefs, elders, treaty councils, and more than 165 years of resistance to illegal settlement on unceeded Lakota territory.

5 hrs
· Our incredible sister Michelle Cook moved onto Italy to speak with the Pope after meeting with banks and insurance companies in Norway, Switzerland an Germany to hold them accountable for divesting in Fossil Fuels. This amazing sister has spread major awareness of Energy Transfer Partners human rights violations, desecrations of sacred sites and the lack of connection to our Mother Earth to Europe and is not stopping anytime soon. WeCan, Sacred Stone Village, Honor the Earth, Mazaska Talks, Digital Smoke Signals, Indigenous Life Movement and many other platforms are holding their ground in this spiritual battle and we are very thankful for all their work. We are honored to know Michelle and send prayers as she continues to open more eyes throughout Italy.
at October 25, 2017 No comments:

Kanahus Manuel said, "In Zurich, Switzerland sharing about the impacts of Kinder Morgan Trans Mountain on Indigenous Peoples and Communities. We are here to meet with Swiss banks to divest and defund the KM pipeline. Global actions against these banks are happening around the world this week, divest the globe."


During October Kanahus Manuel was in Paris, speaking out.
Kanahus, Secwepemc, met with banks and financial institutions urging divestment in TransMountain Kinder Morgan pipeline.
"We are building Tiny Houses, check out the Tiny House Warriors," Kanahus said of building in the pipeline's path.
"Stop Kinder Morgan pipeline and defund!" Kanahus said in Paris.
at October 25, 2017 No comments: