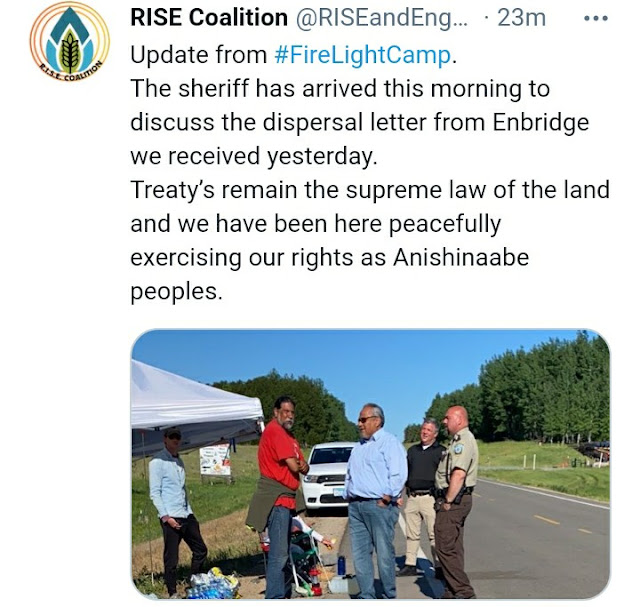 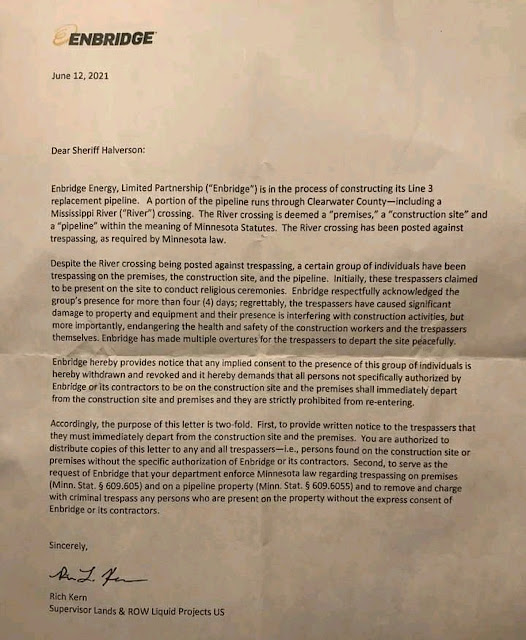 Enbridge delivered an eviction notice to Fire Light Camp, which has stopped construction of Line 3 pipeline since Monday, at the Headwaters of the Mississippi River, in Northern Minnesota

Today at Firelight camp where we are peacefully asserting our treaty rights by occupying space and holding ceremony, we received this eviction notice from Enbridge.

For the past week, Anishinaabe band members have exercised their treaty rights and peacefully occupied a site on the Mississippi headwaters where Enbridge plans to drill its Line 3 pipeline under the river. They have been joined by many non-Indigenous allies who are invited guests.

Today, Enbridge issued a letter alleging that a ”certain group of people” is trespassing on its pipeline easement and demanded that we depart the premises.