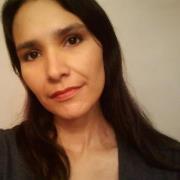 By Angela Marie Davis
Censored News
http://www.bsnorrell.blogspot.com
Yah’at’eeh. My name is Angela Marie Davis. I am an enrolled member of the Navajo Nation and participate in my chapter’s elections. I am writing in regard to Legislation 0468-12 because I do not approve of it. It is the same as S2109, with a few amendments, forcing the Navajo Nation to give up our treaty-guaranteed first priority water rights to both the Upper and Lower Colorado River. In fact, it would give us only forth priority rights to our water. That is unacceptable. First of all, I do not appreciate our tribal water rights lawyer, Stanley Pollock (a non-Navajo) writing and submitting this piece of legislation without the approval of the Navajo Nation’s Water Right’s Task Force. Secondly, I am alarmed that our Water Rights Task Force is not up in arms about not being consulted beforehand about the legislation. If they are not outraged by this, they are not doing their jobs and need to be replaced.
﻿
The people have already spoken against S2109 and HR 4067. What makes one think we would approve of this piece of nearly identical legislation, when we already said no the first time? Perhaps Stanley Pollock thought we would not notice this is the basically same bill with the same raw end of the deal for our people. Furthermore, I think it is awfully convenient that the tiny deadline to comment on the legislation happened to fall on the day after the U.S. Presidential election. Perhaps he was hoping we would be too distracted by it to notice him trying to pass this legislation without our knowledge or consent. If that is the case, his plan did not work. We are aware of what he is doing and will not stand for any of it.

The legislation offers promises funding for expanding a water pipeline to certain areas of the Navajo Nation, if and only if, this settlement is approved. Our people do need running water, but not by hasty coercion, empty promises and giving up our aboriginal rights. I also would like to point out that the settlement would still prevent us from suing the State of Arizona, or other outside interest groups from damages done to the water. If this settlement is so good for our people, why do they demand this immunity? The State of Arizona has no jurisdiction on our federal land held in trust, and should not have any power over our water. Furthermore, I read the 85-page legislative document and noticed that family allotments were included within the proposed water settlement. This includes my family’s allotments in New Mexico and we were never notified by anyone about these decisions being made on our behalf. I am furious that none of us were consulted and this just proves how deceptive and malevolent this piece of legislation is!
In conclusion, I hope you listen to the voices of our people and respect our wishes. The vast majority of us do not approve of this legislation. Water is sacred and our lives depend on it. Do not betray us by accepting the new, proposed version of S2109. Thank you for your time and allowing me to express my opinion. As always, I look forward to hearing from you. Ahe’he’.