Media Watch: US media collapsed because it lost all credibility 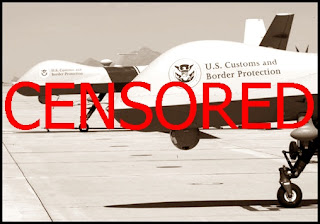 Media Watch: US media collapsed because it lost all credibility

The US media didn't collapse because of the Internet, it collapsed because it lost all credibility, from the media pandering to politicians, war and corporations, to laziness and reporters sleeping with the boss, the media cannibalized itself.
CBS Sunday Morning presents the US as if it were a white gated community. When the commercials come on, the agenda is clear. The advertisers are primarily the oil and gas industry which targets the land, air and water of people of color, and poor whites, in crimes against humanity.


The media is also to be held responsible for the unnecessary deaths and murders in Iraq and Afghanistan. The media has failed to present the truth about bogus US wars or about corporate war profiteering. By glorifying war, and concealing the truth, the media has sent young soldiers to their deaths.


The truth about targeted assassinations using drones has also been largely concealed by the media, including the fact that a drone killed a US teen, sixteen-year-old Abdulrahman, in Yemen.


If the Arizona media told the truth, there would be a house cleaning of the Arizona State Legislature. The politicians and profiteers cutting the backroom deals for coal fired power plants, Indian water rights, and uranium mining and resort development in the Grand Canyon, would be facing charges. If the news organizations functioned at all, bordertown newspapers like Arizona Daily Sun would be under investigation for ethics violations and racism.

If the Arizona media told the truth, the University of Arizona in Tucson would be under ethics investigation for partnering with US Homeland Security, and designing drones which carry out targeted assassinations. The university would also be investiaged for classes which train people to target people of color on the border, including Tohono O'odham, and for unethical cyber spying.


The media promotes the fabrications because the publishers and producers are controlled, either by their owners, their advertisers, or politicians they are catering to.


The poor quality of news today on the web by reporters who still receive a paycheck isn't helping matters either. If you look at Indian Country Today over the past few years, you will see a formula. It involves a reporter sitting in a chair and making a phone call or two, with the hard work of others rewritten as background.


Also, some of the work at Huffington Post and similar publications is actually the hard work of others rewritten, or work of poor quality. The lies and corporate spin are bolstered when press releases are published as facts.

Immense damage comes from the laziness of reporters who just don't show up, who are not present on news stories and depend on plagiarism, and those who maintain their jobs by sleeping with the boss.

There was a time when Watergate-style reporters were celebrated, and whistleblowers were honored. These days they are stalked and imprisoned, as is the case of Bradley Manning and Julian Assange at Wikileaks.


Currently, the New York Times and NPR are failing miserably, as they promote the US agenda. The bombing of Palestine by Israel, and the deaths of Palestinian children were censored, or fashioned into manipulations of the truth.


As for CNN, its violations of ethics are too egregious and lengthy to list.

The UK Guardian does a good job of covering US news. Now, if the Guardian would only respond to Censored News request: Expose the wealth of England’s Royal Family, and the Pope, and reveal how much of their wealth came from the land and natural resources of Indigenous Peoples and obtained by the way of genocide.
Brenda Norrell has been a reporter of Indian news for 30 years. She served as a staff reporter for Navajo Times, and stringer for AP and USA Today, during the 18 years she lived on the Navajo Nation. After serving as a longtime staff reporter for Indian Country Today, she was censored, then terminated without cause. She created Censored News as a result. Now in its seventh year with over 1.7 million views, Censored News is published without funds.
Posted by Censored News, publisher Brenda Norrell at November 26, 2012

I worked for Esquire magazine when I was a kid in my 30's (now 70). I've watched the media (plural) all my life and increasingly have felt it lies at the core of our dilemma.

Working as a full-time volunteer on the 2012 Jill Stein campaign as she ran on the Green Party ticket for president was quite shocking. "Who's Jill Stein?" was the question of nearly every person I spoke to in the campaign in the relatively well-educated Center City area of Philadelphia. "Never heard of her!" The blackout on third-party candidates was phenomenal, especially on Stein, an example of "censored news." Some had heard of the Libertarian fellow Gary Johnson and immediately grouped him with Stein who is actually many miles apart from him in policies and principles. Even so-called "public media" like NPR, when they covered third parties, largely disparaged them.

What was it that kept Jill Stein so anathema to corporate media? I argue one major factor was her fiercely articulate voice against the burning of fossil fuels. This opposition was led by not only the right but also Obama in his promotion of fracking, deep sea drilling, Arctic drilling, with no coherent plan (like her own Green New Deal) to transition into a renewable energy economy. Stein was (and remains) dangerous as hell to the entire corporate world. Even Rachel Maddow, a virtual twin of Stein intellectually who would be expected to have her on her show early and often, never once invited Jill Stein on her show. Those two crackerjack brains would have boosted Rachel's ratings immensely but why was she not invited? I believe because Stein is the natural opponent of Barack Obama and Rachel is fiercely protective of Obama as are other so-called 'liberals' on MSNBC and on Daily Kos and other places. One of the great untold stories of modern times is this huge split on the left that should have been reported on but Stein as critical challenger, never before a more articulate one, even Nader not as persuasive, was like a "tree falling in the forest."

How embarrassing that Jill Stein and her running mate were arrested at Hofstra trying to get into the debates, given their names were on the ballots of 85% of all US voters, yet the well-protected duopoly candidates failed to mention climate change once in their "debates." Then came Superstorm Sandy which most climate scientists and educated Americans believe was worsened by climate change. How embarrassing.

Business Week wrote a big headline over their editorial, "It's global warming, stupid!" but Jill Stein noted that global warming and climate change can be argued by wingers to be "controversial" as to substantial (not total) human causation. Instead, "It's the burning of fossil fuels, stupid!" But Business Week and the two major candidates and their sponsors in the fossil fuels business wouldn't be caught dead admitting that. That would be the end of the ball game.

There was a good interview with Naomi Klein on Bill Moyers on Nov 15, 2012, discussing a strategy to get large institutions like universities to divest their investments in the fossil fuel industry, as was done against apartheid in South Africa.

The dirty energy industry has managed to use its handmaiden -- the corporate newsmedia -- to skirt around and push away the truth so long that we might not be able to survive. And this doesn't even mention racism or poverty or Julian Assange or Bradley Manning, or O's drone killings or O's "kill lists" or the horrendous treatment of the Palestinians -- on and on -- that will kill us just as dead in our moral quality of life.

The media (plural) are poised at the perfect center of all this, doing a yeoman's job, as you say, of censoring the truth for their wealthy bosses.

Thanks for a good site, just discovered by accident. Sorry to write long, cut what you wish. I'll be back.

Correction: "I've watched the media (plural) all my life and increasingly have felt they lie at the core of our dilemma."