The spin masters in Indian country 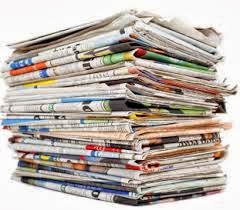 When you've been in the news business a long time, some things become very clear. Flashy tribal politicians use backroom press writers to write their scripts. This leads to their popularity, resulting in more oil and gas drilling like that in North Dakota, and more dirty coal energy like that on the Navajo Nation. It means more displacement, disease and death.
Politicians in Indian country -- both tribal and US politicians like Arizona Congressman John McCain -- rely on green and gullible news reporters to carry out their schemes and misinformation campaigns.
The choice of words is paramount in media disinformation campaigns. Here's two of those orchestrated campaigns: The use of the word "gaming," instead of 'gambling' which signals addiction, and the words "water settlement" instead of the words "theft of Indian water rights for non-Indians."
Without water, no one can survive. The real message of these news stories in Arizona is: "Arizona needs water for swimming pools and golf courses, and dirty coal energy for electricity which is poisoning Navajoland, for unsustainable lifestyles in the desert."
To push forward dirty energy schemes, there is always the promise of jobs with no mention of the diseases and deaths that will result for grassroots people, or the poisoning of the air, water and land. The national mainstream news relies on the corporations and the words of their spin masters which seal these deadly deals.
National news reporters rely on their friends, their buddies in high places, to give them scoops. They are focused on their next story and usually don't worry about grassroots people one way or another.
The national Indian country reporters, like those at Indian Country Today Media Network, usually rely on plagiarism, or a brief phone call, and are rarely present on any news story across the nation. If you are not present, then you do not know the truth. To conceal the fact that you are not present, is deceit. To do this for a lifetime is fraud.
The National Congress of American Indians has the opportunity to make a difference, as does the United Nations. But will either of these rise to high standards and work to implement real solutions for future generations?
Or, are both of these, as Russell Means often said, "Just another dog and pony show." And these days, those shows are bringing in hundreds of thousands, if not millions, in non-profit grants for administrators who use the suffering of grassroots Indigenous Peoples for their secret paychecks.


Brenda Norrell has been a news reporter in Indian country for 31 years. During the 18 years that she lived on the Navajo Nation, she reported for Navajo Times, AP and USA Today. After serving as a longtime staff reporter for Indian Country Today, she was censored and terminated. As a result, she created Censored News, now in its 8th year, with 2.6 million views and no advertising or grants.
Posted by Censored News, publisher Brenda Norrell at October 16, 2013