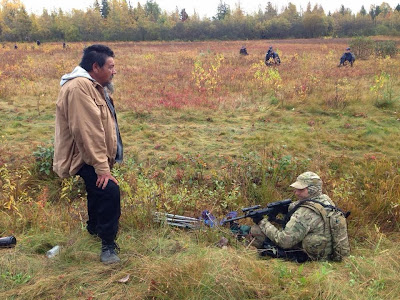 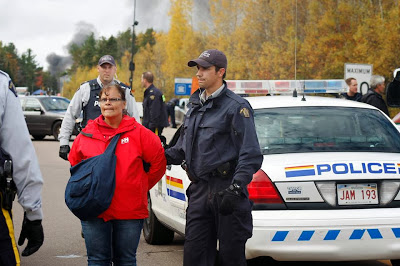 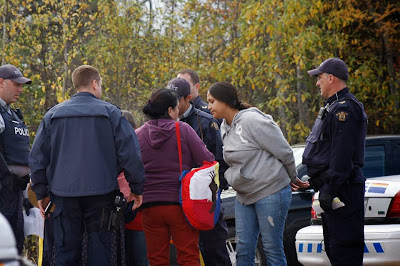 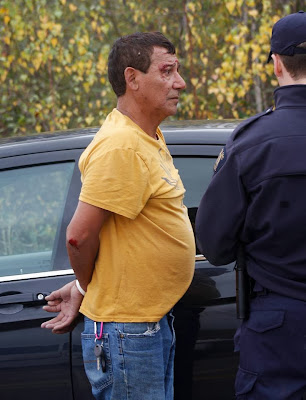 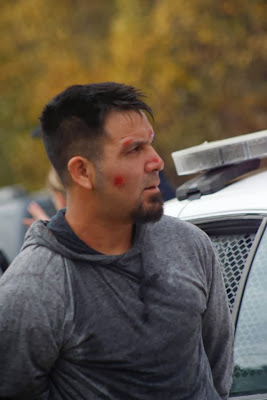 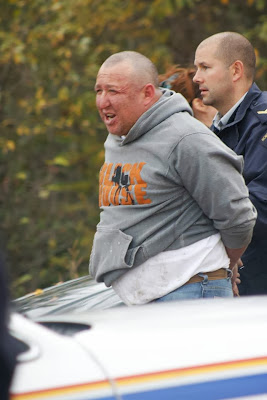 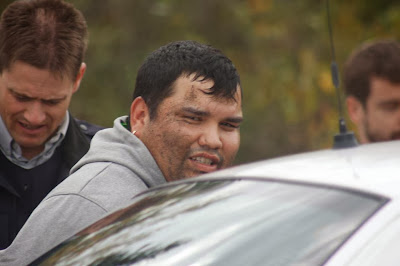 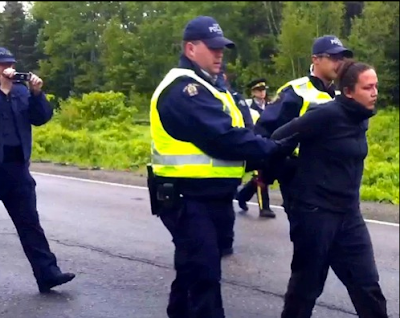 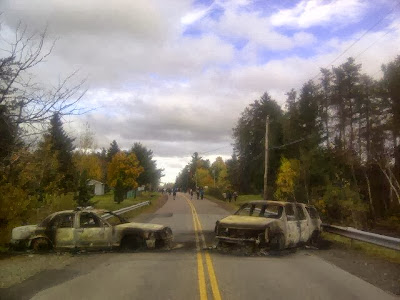 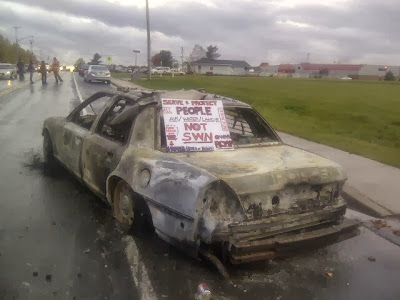 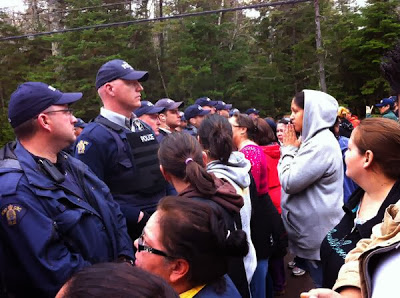 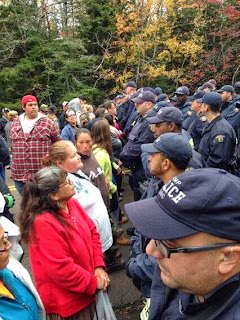 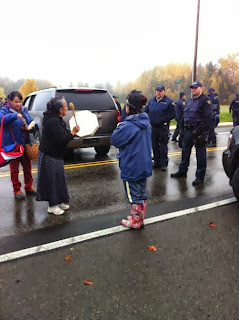 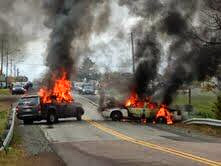 CBC radio interview with Alan Marsh, who was at the scene. Marsh said he caught a glimpse of the person setting the police cars on fire and did not recognize him as ever having been at the camp.
http://www.cbc.ca/player/Radio/ID/2412962477/


As Chairman of the American Indian Movement, I am forwarding you the following link regarding the situation in New Brunswick Canada. Brenda Norrell of Censored News is posting the updates as it comes in. Please circulate as far as possible.

As Vice-Chair of AIM, I have been warning of inevitable violence in Canada for some time now. I fully expect and am advising our supporters and Warrior Societies across Canada to blockade on behalf of the Elsipogtog FIrst Nation people. Chief Arren Sock and his council have been arrested. This is not a joke, this is real and as I warned our people, time and time again, the Canadian Government has been preparing for this confrontation for some time. They have a long list of people that will be arrested. I am one of the people on that list.

We have prepared for this time and most warrior societies across Canada are aware to stay in their home area, not to rush to New Brunswick to be concentrated in one area for Police and the Canadian Army to easily contain the situation.

The most important issue is Who Speaks for our people. National Chief Atleo is too weak for what is coming. The shutdown of the Canadian economy will happen. We as Warrior Societies had prepared for this since the OKA crisis in 1990, and the Canadian Government made sure that the situation would happen.

Keith, I ask that you inform as many of the AIM people as possible and monitor the situation in Canada. This situation is very serious and I fully expect violence to occur even more so than what has already happened in New Brunwick.

At four p.m. today, AIM people in Manitoba will be protesting in Winnipeg. I expect railway blockades to occur immediately across Canada and they will continue until the Federal Government of Canada comes to their senses.

I expect to be arrested along with many others. The support from the American side is critical to the First Nations in Canada. This is big oil pushing the First Nations into submission. That is their goal. The Conservative Government of Canada is only a tool of big business.

I will try to stay in touch.

(Coast Salish Territory – Vancouver, BC) The UBCIC Executive and the UBCIC Chiefs Council stand in full support with Elsipogtog community and leadership in their defence against fracking and shale gas development within their territories.

“This could easily happen in any First Nation community across Canada and in particular in British Columbia and today, we stand in complete solidarity with the Elsipogtog people to express our full support and continue our mutual fight against the devastating and destructive practices of resource exploration and extraction activities within our territories.  This display of brute force is completely ugly, outrageous and harkens back to the Oka, Ipperwash and Caledonia conflicts,” stated Grand Chief Stewart Phillip, President of the UBCIC.

The Elsipogtog First Nation has been protesting energy company SWN Resources outside Rexton, New Brunswick.  In spite of best efforts of Elsipogtog Chief and Council to resolve this issue peacefully, the heavily armed RCMP aggressively moved in today to enforce an injunction.

“Canada cannot continue to viciously cast aside our Aboriginal Title, Rights and Treaty Rights. In light of Dr. James Anaya’s, UN Special Rapporteur on the rights of Indigenous Peoples, recent visit to Canada, this type of severe action by the RCMP reflects a government that continues to ignore Indigenous land rights – our human rights – to pretend it has a productive relationship with Indigenous peoples founded on reconciliation and respect” said Chief Bob Chamberlin, Vice-President of the UBCIC.

We await the call from the Elsipogtog for all Indigenous Peoples to mobilize and organize solidarity actions across the country.


Media Release
Ottawa, ON – The Council of Canadians denounces the excessive use of violence by the RCMP and stands in solidarity with those in Rexton, New Brunswick and around the world who oppose shale gas/fracking.
Maude Barlow, National Chairperson of the Council of Canadians, who was recently in New Brunswick, said, “Watching the day’s events unfold online was shocking. I met with the Elsipogtog leaders not long ago and know they are committed to peaceful resistance to stop the destruction of their land and water and what they do is in all of our names. We stand in solidarity with the people fighting to protect the water and the land.”
Angela Giles, Atlantic Regional Organizer, said, “To defend the rights of an American company, the RCMP came in with essentially para-military units including snipers, to remove the opposition. The New Brunswick government does not have the social license to allow fracking and the people will continue to fight for the future of their families, their province, and the environment.”
“Protesters in Rexton are standing up to a Texas company that wants to profit on the backs of New Brunswickers while placing the water and the environment at risk,” says Emma Lui, Water campaigner based in Ottawa.
“Indigenous communities like the Elsipogtog First Nation are on the frontlines of defending water and the land for everyone, and this should not be criminalized.”
The Council of Canadians has supported the blockade by First Nations and others opposed to shale gas in Kent County, and members from both the Fredericton and Moncton Chapters have been participating in the blockade.
-30-
At time of release, solidarity events are being planned in Halifax, Vancouver, Winnipeg, Ottawa, Lethbridge, Montreal and New York City, with more to come.
For more information:
Angela Giles: (902) 422.7811, (cell/text) 478.5727, agiles@canadians.org, twitter: @angiles
Angela est bilingue et pourrait faire des entrevues en français.