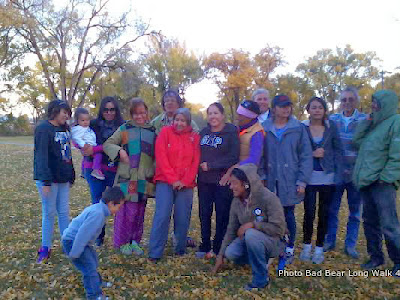 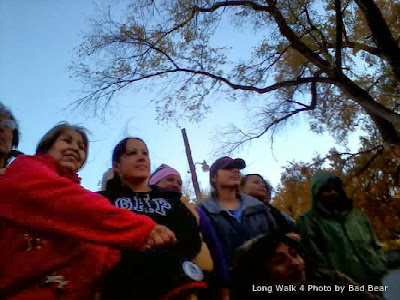 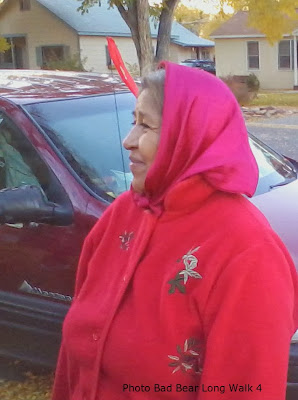 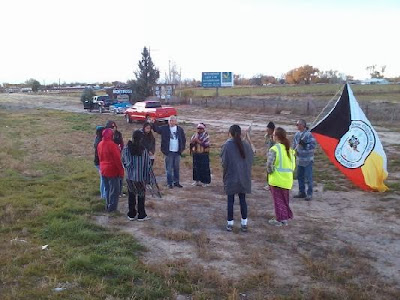 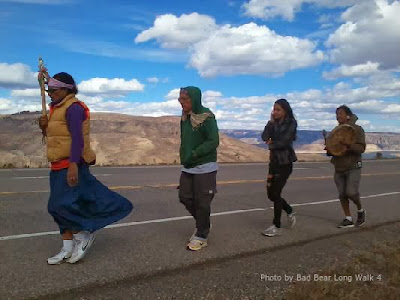 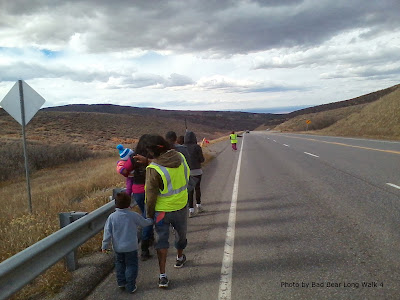 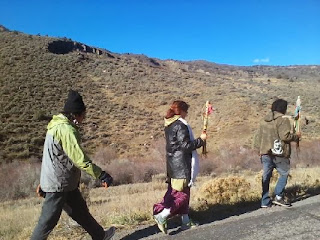 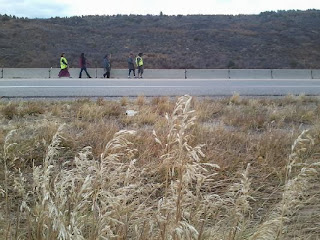 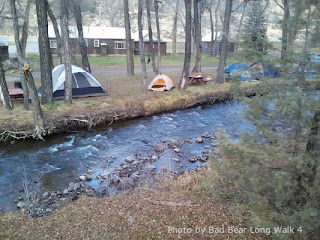 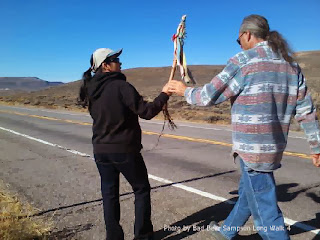 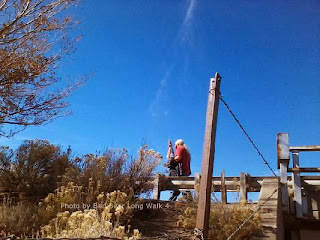 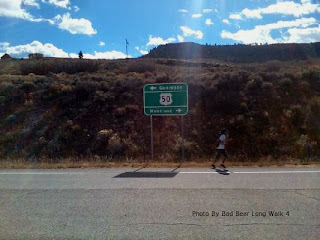 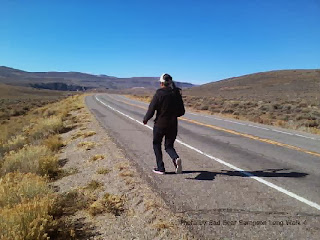 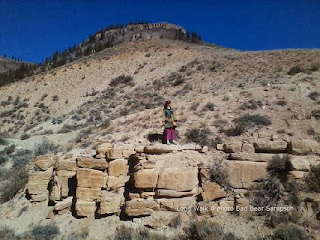 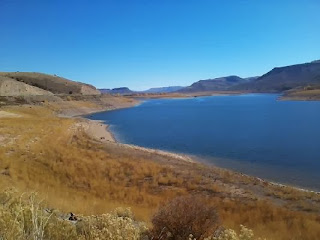 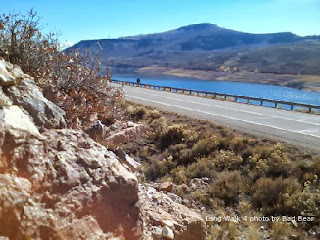 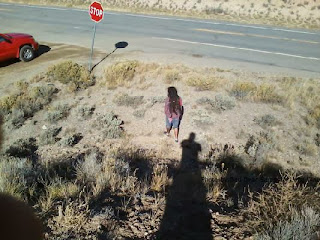 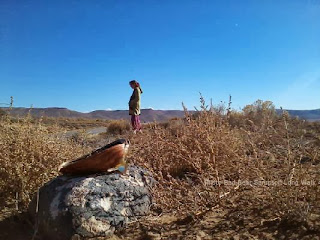 
The Longest Walk 4 Return to Alcatraz honored the memory of Robert Bucksin, Klamath long walker on the original long walk in 1978. Robert's wife Cindy and family members walked in his memory on Monday.
"Today the Longest Walk 4 honored the memory of Saa swanis his waqs, who was also known as Robert Bucksin and Robert Loureiro. He was cohead of security on the 1978 Longest Walk, was strongly committed to Indigenous Sovereignty, and initiated and was involved with many Indian Walks and Runs," the walk said.
They walked from Cimarron to Montrose, which was followed with an honoring dinner.
Terri Sznkowski said, "The Longest Walk 4 is honoring Robert Buckskin who was Head of Security on the Longest Walk in 1978."
The walkers walked down from Cerro Summit with Robert's family.
"It is so good to see the young ones and his family," Terri said.
The walkers are walking on Hwy 50 near Montrose, Colorado, enroute to Grand Junction, Colorado, Monday, Sept. 28, 2013.
Posted by Censored News, publisher Brenda Norrell at October 28, 2013