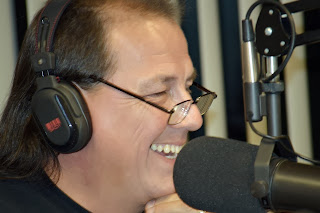 The Big Lie: The Doctrine of Christian Discovery

By John Kane, Mohawk
Censored News
Despite where you stand on religion or Christianity specifically, a lie is a lie even if the church utters it. One of the greatest lies ever pulled off on people the world over is that “God” chose individual “families” to rule over the rest of humanity. Even though many, including Americans who should know better, are still enamored by the notion of “princes and princesses,” most of us now relegate this stupid fairytale to Disney cartoons and the mainstream media’s coverage of a meaningless “royal family.”
Today there is another monumental ancient big lie that simply won’t die. Well, at least the U.S. and Canada hope it won’t. The Doctrine of Christian Discovery is actually a bigger lie than even the monarchy ordained by “God” that no one buys anymore. This doctrine is based almost solely on a series of decrees by 15th century popes. Simply stated, the Vatican ruled that when a Christian people came into the lands of pagans – or non-believers – Christians could claim their land, their possessions and reduce those pagans to perpetual slavery.
Of course, this sounds so preposterous that a reasonable person would assume such a practice and policy would have died with slavery. Certainly, it would have no place in a nation that claims to govern with a separation of church and state. But not only is this doctrine codified in U.S. law with court rulings and legislation built upon those rulings but it is the basis of all U.S. land title. It is also the eggshells that the house of cards that is “federal Indian law” is built upon. There is no event, no treaty, no surrender, no petition and no referendum that ever places us “pagans” under the authority of the United States or anyone else. There are only the words of dead popes and the dead judges who regurgitated them.
The United Nations even felt compelled to state, what should be obvious to all, in the third affirmation of the U.N. Declaration on the Rights of Indigenous Peoples (UNDRIP):


Affirming further that all doctrines, policies and practices based on
or advocating superiority of peoples or individuals on the basis of
national origin or racial, religious, ethnic or cultural differences are
racist, scientifically false, legally invalid, morally condemnable and
socially unjust.


So, surely, with the entire international community (some nations quite reluctantly) condemning religious based racism, issues including equating discovery with conquest and the exclusively European-based transferable “discovery title” with legitimate land ownership must be revisited. After all, can the world sit by and ignore the theft of land, subjugation and genocide of an entire hemisphere of people based on religious dogma?
Yes, it can. And, it does.
The UNDRIP is just words on paper unless someone gives it force. The force required isn’t just to overcome the inertia of history. It has to overcome world powers posturing for control of water, oil, minerals, gas and all the other natural resources on the lands of us “pagans” — the land, too, for that matter. The force must be enough to overcome the strongest attraction known to man. That is the attraction between a rich man and his money.
The church is in no hurry to put this issue to rest. How much have they pillaged from the “New World” in five centuries? How much do they still pillage? And who else has benefited? Even the Jewish judge on the U.S. Supreme Court cited the Christian Discovery Doctrine in a rationale to dismiss a Native land claim a few years ago. Think about it: a Jewish woman citing 15th century Papal Bulls. And this was in 2005. How ironic and absurd is that?
It is one thing for Chief Justice John Marshal to make racist rulings in 1823 when a black man still could be bought and sold, a woman was still regarded as a man’s possession, and an “Indian” was just a savage with way too much land. But even in an era of offering apologies while admitting no guilt, there must be movement on this.
I once asked at the U.N., “Who gives the UNDRIP force?” Who repudiates racist doctrines that continue to support unjust policies? The only answer I got was, “We do.”
Let’s do it then. But first let’s learn how their house of cards is built. Investigate their BS and don’t let it stand!
Steven Newcomb is the author of “Pagans in the Promised Land: Decoding the Doctrine of Christian Discovery.” He is the foremost authority on the subject. Steven will be a featured speaker of the University at Buffalo’s Indigenous Survival Day Speaker Series on Monday, October 14, 6 to 8 p.m. at 120 Clemens Hall. He will be a guest on “Let’s Talk Native…with John Kane” on Sunday, October 13, 9 to 11 p.m. EDT on WWKB ESPN Sports Radio 1520AM. LTN streams live on the Native Pride blog and on the TuneIn app for PCs and smart phones. If you miss Steven Newcomb live on LTN or at UB, catch his appearance in studio on demand on my blog or look for links on my “Let’s Talk Native…” Facebook group page.

And yet Jesus still loves all people, and is the way. In reading Indian history, I weep over the atrocities committed by so called 'Christians', yet God is love, and Jesus still forgives, redeems, and restores honor, dignity, and respect. That greedy people used this as a mask to rape, pillage, and steal lands, and commit atrocities was never God's idea..

Genesis, Deuteronomy and Romans would suggest your god approves of all this.