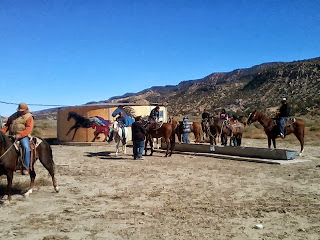 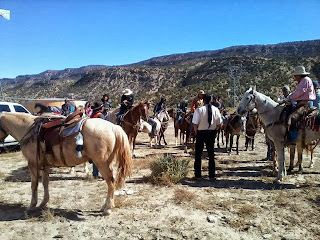 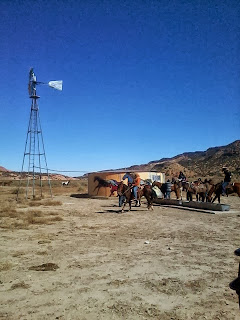 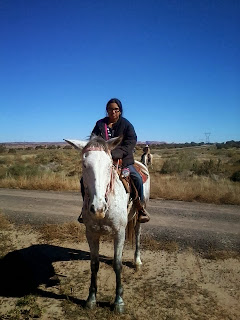 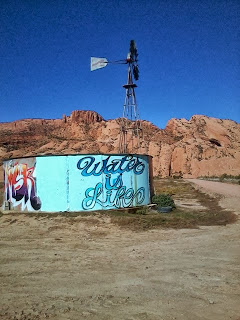 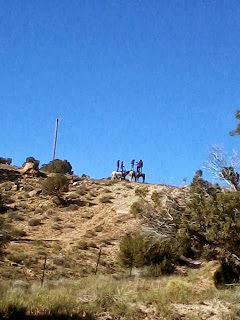 Photos by Kris Barney, Dine'. Thanks for sharing with Censored News!

Traditionally "Sacred" means left unharmed, undisturbed and unexposed to desecration. (If disturbed, it will hurt back.) But for those in politics, it means "to control it." Their point of view is that sacred is to be placed in a box or removed. Navajo Nation is claiming they can not have sacred being on the reservation do to its damages on land. Navajo Nation to the Horse: It was blamed for forage and water shortage and drought, too sacred to starve or disease to take a toll on them, an order for it to be removed off the reservation never to return.
Now, Navajo Nation President Ben Shelly reversed its claim on the horse issues, and said that is a Land management problem. So is there a drought, or a management problem, or both? Erny Zah, states in the last newspaper interview, "we had a whole lot of rain but we are still in a drought state." The Navajo Nation is not at all on one page. Erny Zah says this, and Navajo Nation President Shelly says it differently, then Erny Zah address is the opposite, Their reaction leaving the Dine' people in mixed feelings and lost. What you think the Chapter houses officials are thinking now? I know, they don't give a dam, except to get paid, that's about it. Do we want those leaders to be our leaders again. Ben Shelly did enough damage without a plan or survey to back him up. Many people got their emotions played with and even physical hurt to them and also the animals. There are not 75,000 feral horses as they claim, with only 1,500 horses capture. This includes the horses that were being domestically taken care of, and were taken out of the Dine' peoples' corral, this made the number. Animal cruelty is evident from Navajo Nation President and the administration in the last two months of the Horse round up. How is he going repay that? Last time I checked there was a law about animal cruelty in the federal government. The Horse Nation has a law of its own by the holy people who made them.