Mi'kmaq and allies turned the fracking trucks around Thursday! 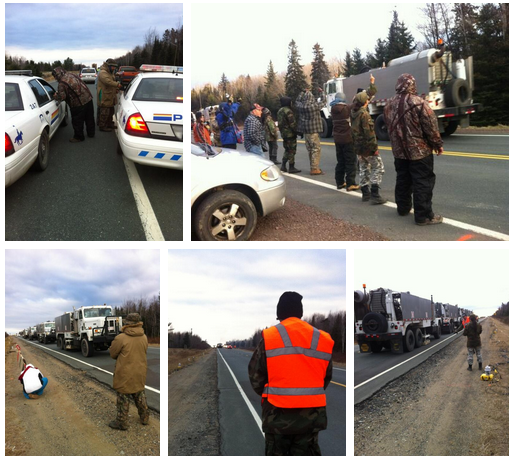 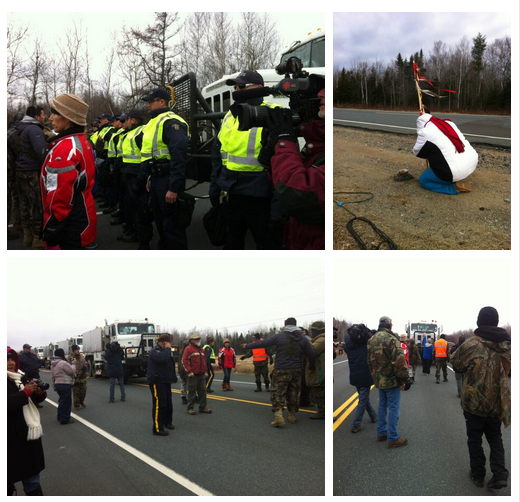 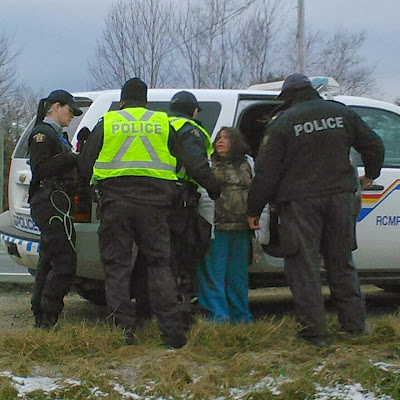 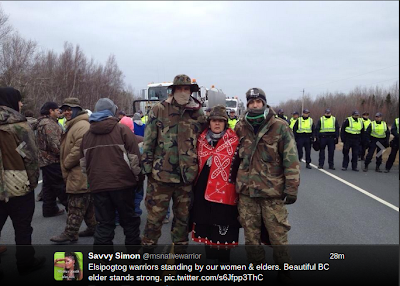 Thanks to APTN for sharing their coverage, and for those at the scene who posted on Twitter.
Censored News is a collective of unpaid volunteer journalists and has no advertising.
Posted by Censored News, publisher Brenda Norrell at November 14, 2013

You reap what you sow. Put poison in the ground, and that's what we will be eating and drinking in a few years ... long after the natural gas wealth is gone.

If its approved by government it will go ahead despite the people protests.i.see the same thing going on here with shell in the westvof ireland building a gas refinery in a beautiful scenic place when it could have been built at sea.the people objected but the government sold them out and the police bulliedvthe people and forced this project on the local people.check out wwwshelltosea.com

Elsipogtog. Izhichigeyeg niminwendam. What you are doing there puts me in a good state of mind. Inendam aki gego gaawiin minobimaadizisii oshkiwakiwikwe. Sometimes I think that the earth, she is not doing so well. Dash niwaabamaag mikmak naakiwidog minomashkiikii wedi. Then I see the original people working good medicine there. ingichenindam and it puts me in a profound, good state of mind. Apegish minyaayeg wishing you all good things, from nishnaabewaki.