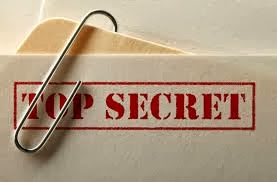 When you've been a journalist for more than 30 years, some things come back to haunt you. The singular unsolved mystery that haunts me the most is Nauaya Gra Res Annex. It was located somewhere on the Navajo Nation, on the western side in Coconino County, Arizona.

What was it? The US isn't saying.

There are only two mentions of Nauaya Gra Res Annex in the US government records. Those state that nothing is known about it. The name appears in the lists of potential toxic cleanup sites, along with military bases, bomb sites, and Arizona's prisoner of war camps for Japanese citizens living in the US during World War II.

The US says the exact location of Nauaya Gra Res is unknown and there are no records, except for the reference to a one-page document.

"A description of the site is not available. There are no records available regarding this site," the US says.

One translation for Nauaya says it is a Nahuatl word referring to a second Indian Nation in Mexico, the Huichol. There are also listings on the web for Japanese military officers named Nauaya. The middle word 'Gra,' when translated from Polish, means 'Game.' 'Res' often refers to reservation.

John Redhouse, longtime Dine' activist, points out that the US government mined uranium extensively in the area of Cameron, as part of the Manhattan Project and development of the first atomic bomb. Redhouse's article, "Removing the Overburden," states the following facts, quoted from "Coal, Oil, Natural Gas, Helium, and Uranium in Arizona."

Although most of the records on the Manhattan Project and deadly uranium mining on western Navajoland are declassified now, the records on Nauaya Gras Res were purged.

The United States Manhattan Project mined uranium in the western region of the Navajo Nation in Cameron and Kayenta, Arizona. The Manhattan Project, which created the atom bomb, was top secret at the time.

The story of how Navajos were betrayed and poisoned is told by Ludy Pasternak, former Los Angeles Times reporter, in her book, Yellow Dirt: An American Story of a Poisoned Land and a People Betrayed.

The US government's Manhattan Project formed a front company and called it Union Mines Development Corporation.

"They sent geologists out to the reservation. Their cover story was that they were looking for another mineral called vanadium that hardens steel. And they sent back cables where they found the uranium. You know, they weren't allowed to use the U-word, even though their cables were classified, and they called it S-37, SOM," Pasternak said in an interview with NPR.

"Top secret stuff. And then the other thing that happened was at the same time, those people worked for Union Carbide, which had formed a front company for the government. Then there was another company called Vanadium Corporation of America, which did mine vanadium, but they had a secret contract to siphon off uranium from vanadium, for the Army. And they were looking also for this strange ore," she said.

As with elsewhere on the Navajo Nation, Cold War uranium mining corporations sent Navajos to their deaths in the uranium mines without protective clothing, even though the US and corporations knew that exposure to radiation was deadly. The US uranium mining on Navajoland resulted in widespread deaths of Navajos who wore no protective clothing in the mines, built their homes with radioactive rocks, ate foods covered with radioactive dust, and drank poisoned water.

Today, radioactive waste and tailings remain scattered in the Navajo Nation, as cleanups were never carried out. Regardless of attempts to compensate Navajo victims, few of the Navajos who died of respiratory diseases, cancers, and rare diseases from Cold War uranium mining, or their families, ever received financial compensation.

Even today, the Lawrence Livermore Labs continues to operate on the Navajo Nation, under the guise of research and energy development, with an agreement with the Navajo Nation Council. Lawrence Livermore Labs continues to research and push for more uranium mining, with clear disregard for the long history of Navajo deaths from uranium mining.

Elsewhere in the region -- from the areas of Grants, N.M. and Church Rock, N.M, to the Grand Canyon -- other uranium mining companies continue to target this land of Navajos, Pueblos and Havasupai with deadly uranium mining.

Now, the International Uranium Film Festival is heading to the Navajo Nation and the Southwest and sharing the stories of this Nuclear Holocaust. Once again, I am reminded of the unexplained and the most secret toxic site in Indian country: Nauaya Gra Res Annex on western Navajoland.