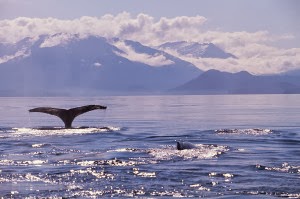 Federal agency-sponsored community and Tribal outreach meetings being held over the next two weeks in five Alaska coastal hub locations (King Salmon, Anchorage, Kodiak, Valdez and Dutch Harbor) are a move that will further erode the power of the Clean Water Act according to the Change Oil Spill Response Alliance Alaska Delegation who are working to prevent the enactment of chemical dispersant preauthorization guidelines for oil spills in Alaskan waters.


The alliance of coastal residents, fisherman and Tribal government representatives are protesting the meetings saying they are a means for disseminating mis-information to quiet public concerns over the use of chemical dispersants for the remediation of oil spills. The group says that the classification of preauthorization is the same as issuing the Coast Guard a license to ‘poison Alaskan waters’.

The Alliance has produced educational materials which have been distributed to more than 250 potentially impacted Tribal-and Fishing-communities. These illustrate that human rights violations are taking place through the Alaska Regional Response Team’s inept Tribal engagement processes. The materials include prepared questions for attendees of these meetings and members of the press to ask the Coast Guard and EPA representatives:

PLEASE CALL IN TO, OR ATTEND THESE GOVERNMENT-SPONSORED MEETINGS AND HELP TRIBAL GOVERNMENTS AND THE PUBLIC GET ANSWERS TO THE FOLLOWING QUESTIONS:
Any proposal for the use of chemical dispersants requires that the following questions be addressed by the inter-agency ARRT presenting their dispersant plans for discussion:
a.      Of greatest importance in oil spill response is rapid reduction of oil toxicity and its impact on ecosystems and threat to human health. Dispersants do not remove oil or reduce toxicity of the oil but increase it, how does the revised plan address this?
b.      Based on 2012 DOI testing and other science we have reviewed, dispersants are not effective in frigid waters below a certain temperature.  How does your plan overcome that?
c.       How will dispersants applied by aerial and/or other application methods not impact marine life, coastal and up-river communities?
d.      Since dispersants do not remove oil and its most toxic compounds, but instead sink and disperse them into the water column increasing absorption capacity and ingestion by marine life, how is this addressed in the plan?
e.      How will chemical dispersants not impact customary, traditional-and modern-life ways of hunting, fishing and gathering ability to navigate and access clean water?
f.        What non-toxic alternatives can be used to replace chemical dispersants invented by and/or owned by the major oil companies? (LAEO’s research has found technology that does indeed exist to truly detoxify and swiftly clean up an oil spill, and that technology is being successfully used in many parts of the world today.)
g.      How does the use of chemical dispersants comply with the Clean Water Act?  (see: http://protectmarinelifenow.org/revitalization)
at November 15, 2013