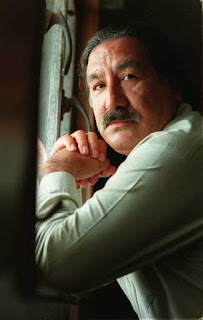 Statement from Leonard on the Oklahoma Tornado Tragedy

Friends, Relatives, Supporters, and to the People of Oklahoma,

There are so many things in life that we question. We think that life isn't fair. We wonder why so many innocent people have to suffer and what the lesson is, in all of this. I am thinking of the many, many people who were devastated by the tornado that ripped through Moore, Oklahoma, leaving so many families homeless and taking the lives of the 24 people, including those innocent little school children and their teachers who so bravely tried to protect them.. My heart goes out to the families as they try to make their way through this. At this time , there are no words that can reach the depth of their hurt.

From where I am, I offer my humble condolance and hope that in some way, they can hear the good words that our people offer as comfort, and that they see through their tears, the hands reaching out to help them. I offer my prayer for Creator to guide them and comfort them now, and in the days to come. I know that from my Nation of people, we wrap our arms around you and extend words of encouragement.

I am standing with you.

In the Spirit of Crazy Horse


MNN. MAY 21, 2012. The word government means; to control (govern) the mind (mente), this action is terrorism.   Canadian Prime Minister Harper’s job is to continue using this terrorist strategy. A terrorist attack, demonizing tactic or friendly dictator is a scripted performance. Terrorism is the constant use or threat of violence to intimidate, create fear and submission. Actors or agents provocateurs are often used to set up directed attacks to demonize, assault and bring us under control.