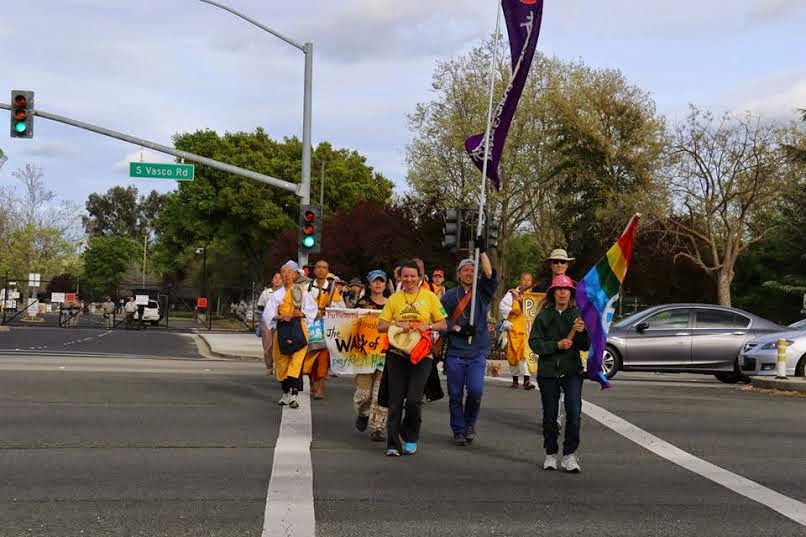 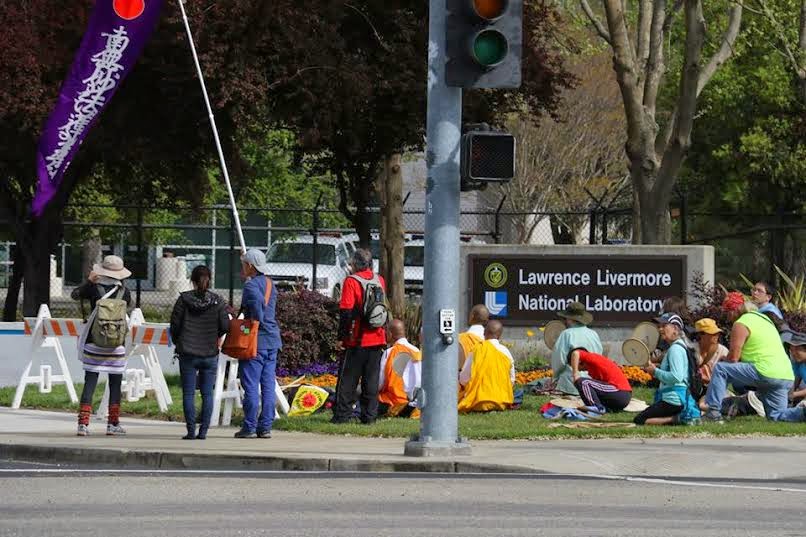 Flagstaff, AZ April 3, 2015 – A Buddhist Prayer Walk for Peace was launched on March 21st on the shores of the Pacific Ocean just outside of San Francisco, California and will now be arriving in FLAGSTAFF and the NAVAJO and HOPI RESERVATIONS. According to walk’s leader, Jun-san Yasuda, a Buddhist nun, the cross country journey is an effort to bring an urgent message to the American people and the United Nations about the constant and worsening use of the nuclear materials and technology. Participants consist of international citizens including some Japanese from Fukushima.

The NPT Peace Walk’s purpose further states, “70 years since the US atomic bombings of Hiroshima and Nagasaki. We have since learned their full impact, not just on the residents of those cities but on places and people where the uranium was mined, the bombs tested, the waste stored. We will visit Native American communities where people continue to suffer from all the stages of the nuclear chain.”

The Nuclear Non-Proliferation Treaty (NPT) is an international mandate for the prevention and elimination of nuclear weapons. Every five years, nuclear-armed states hold a review conference at the United Nations to work on the total elimination of nuclear weapons. Article IV of the treaty promotes “peaceful use of nuclear technology,” however, the level of radioactive exposures in regions of abandon uranium mines and other nuclear installations have been destructive and deadly in many instances.  This Walk hopes to bring this strong message before the nuclear power states.

The Walk in northern Arizona starts April 5th in Flagstaff to first recognize how Natives and non-Natives are confronted with, knowingly or unaware, the uranium mining developments near the Grand Canyon. The march will visit Cameron and Tuba City where Navajos and Hopis have had their waters contaminated and lived next to abandon uranium mines for decades. The final stop is Black Mesa, on April 9th, where the world’s largest coal strip mining is located and which has severely impacted Navajo and Hopi cultures.

Thanks to Bahe Katenay of Big Mountain for sharing this with Censored News.