The organizations, representing tens of thousands of New Mexicans, formally requested that the Attorney General join Bernalillo and Santa Fe counties, the cities of Albuquerque and Santa Fe, and the Albuquerque-Bernalillo Water Utility Authority in recognizing that the stipulated agreement does not provide the most cost-effective energy, yet it will have dire public health and environmental consequences.

“New Mexicans deserve better from our Attorney General,” said Jim Mackenzie of 350.org. “It is the responsibility of AG Balderas to protect consumers from the risks and consequences of PNM’s reckless coal and nuclear plan. So far, Balderas has failed to do so; but he still has an opportunity to step up on behalf of the consumers he is supposed to represent.”

“Attorney General Balderas campaigned as the ‘little guy from Wagon Mound,’” said Anna Rondon of Idle No More – Four Corners, “but he has shirked his responsibilities to New Mexico’s ‘little guys.’ Instead, he has sided with the corporate monopoly of PNM and its out–of–town shareholders. It’s tragic, but it’s not too late for him to act responsibly.”

Background:
On April 9, 2015, the Public Regulation Commission (PRC) Hearing Examiner for the replacement power case recommended that the stipulated agreement be rejected by the PRC because it was too risky, and offered no net benefits to the public. This Wednesday, April 22nd, the Hearing Examiner will formally present his findings and recommendations to the Commission.

My name is Anna Rondon, and I am Dineh and a member of Idle No More – Four Corners. I live in Chichiltah, New Mexico and come from a community that is known as an energy sacrifice zone. There is 11 Gigawatts of coal burned on or adjacent to Navajo Nation. Our people have been and are suffering from the extractive fossil fuel and nuclear industries. We live in the toxic shadow of the coal plants. We pay with asthma, lung and heart disease, cancers, and our lives.

I know the important role the state’s Attorney General plays in standing up against the powerful, and fighting on behalf of the powerless. The Office of the Attorney General is suppose to stand up for New Mexico consumers and protect our health and our pocketbooks s.

Unfortunately, when it comes to PNM’s proposal to replace power at San Juan Generating Station with yet more coal and nuclear power, Attorney General Balderas let us down.

In this case, he sided with the powerful corporation to increase risks and costs to consumers, while contaminating our air and water. The benefits of the stipulated agreement Balderas supports will accrue entirely to the shareholders of PNM, while consumers and vulnerable communities will be left holding the bag.

It’s unconscionable, and the Attorney General has no business carrying water for PNM instead of the voters who elected him.

Hector Balderas campaigned as the ‘little guy from Wagon Mound,’ but he has shirked his responsibilities to New Mexico’s ‘little guys.’ Instead, he has sided with the corporate monopoly of PNM and its out-of-town shareholders.

It’s tragic, but it’s not too late for him to act responsibly. Other public bodies—the counties, municipalities and authorities that represent more than 80% of PNM’s ratepayers---have recognized what a raw deal this agreement is, and have stood up for their constituents in opposing it.

We hope that the Attorney-General will take advantage of this last chance to do the right thing by the New Mexicans he’s supposed to represent. 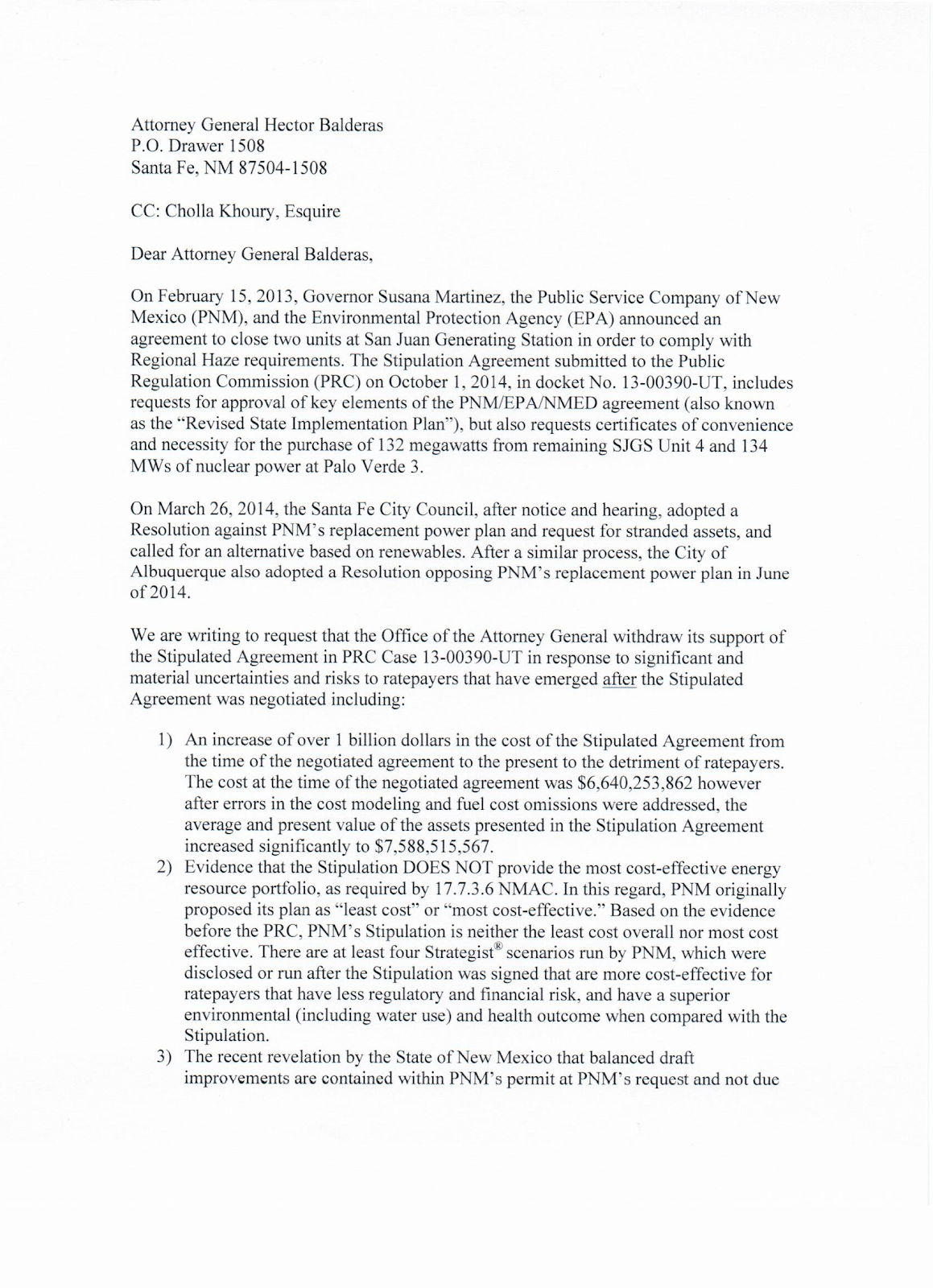 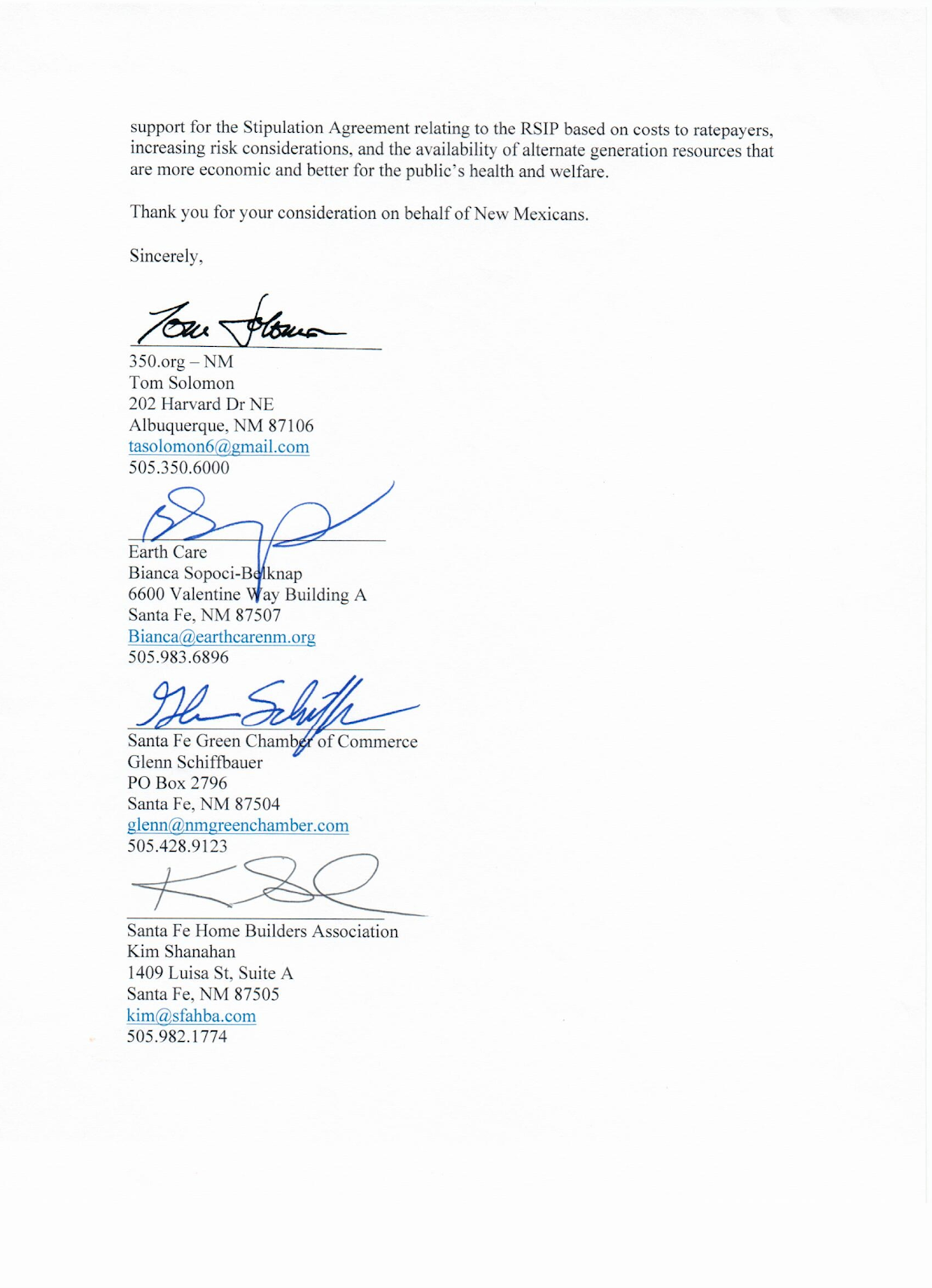 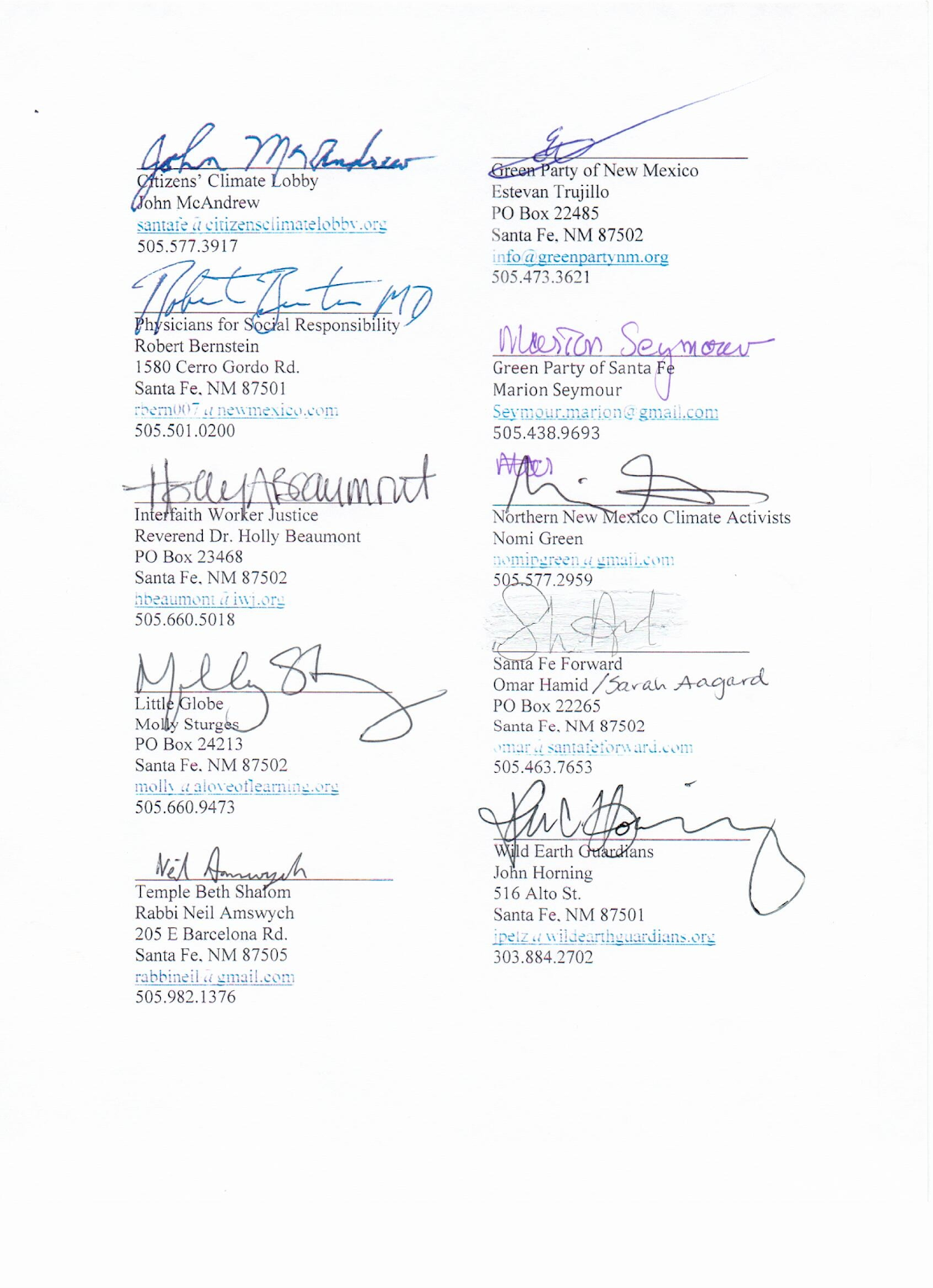 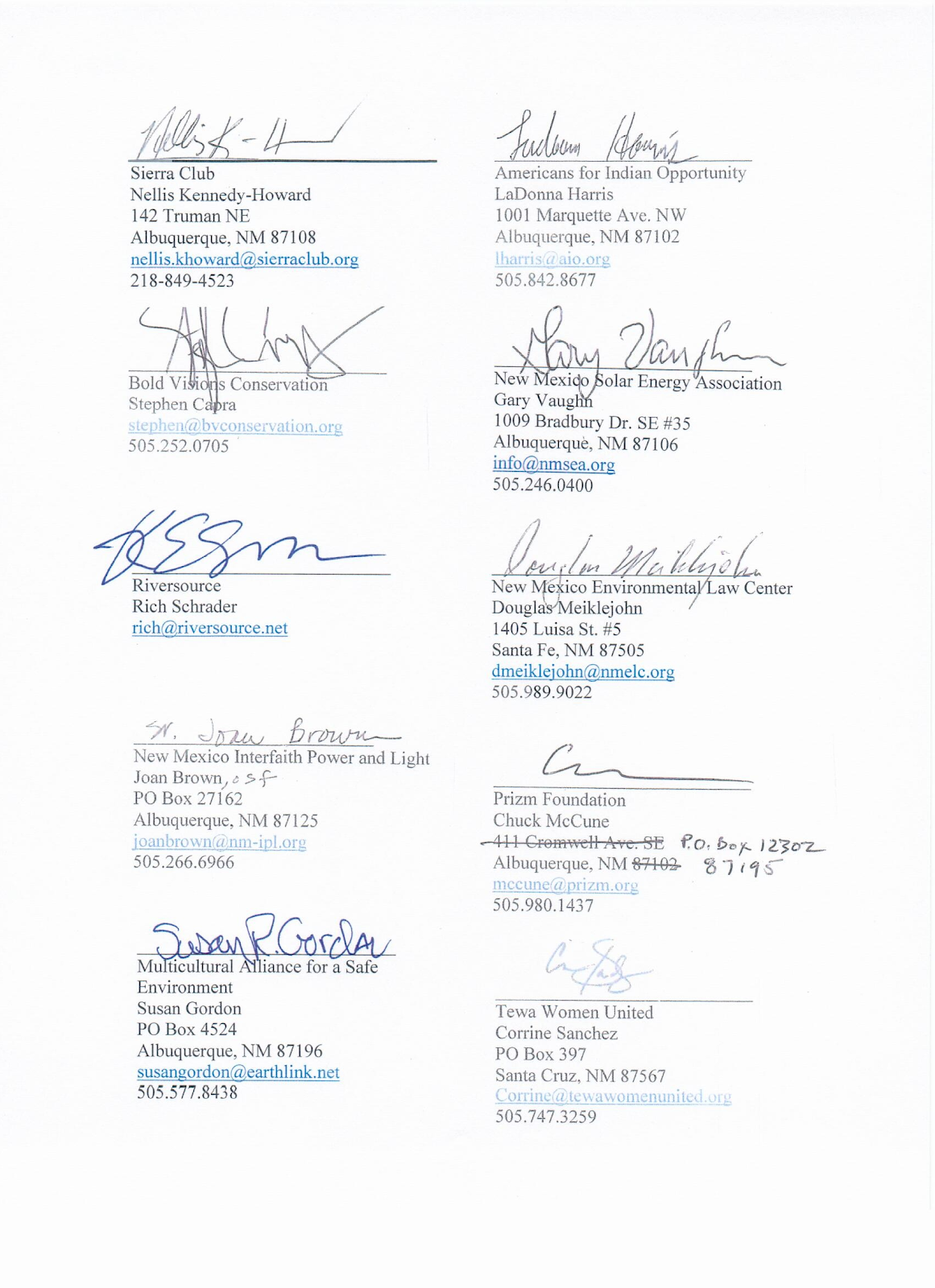 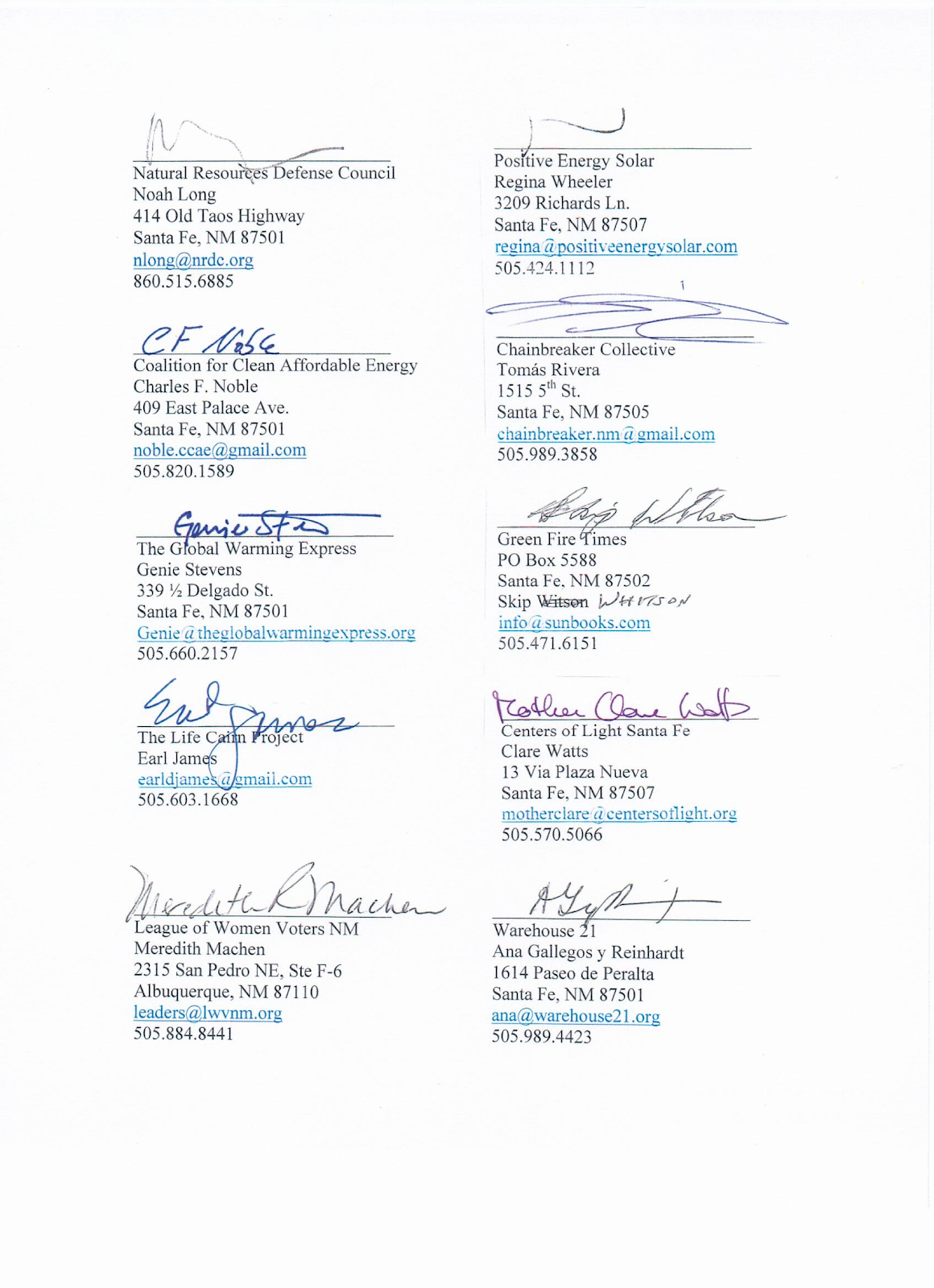 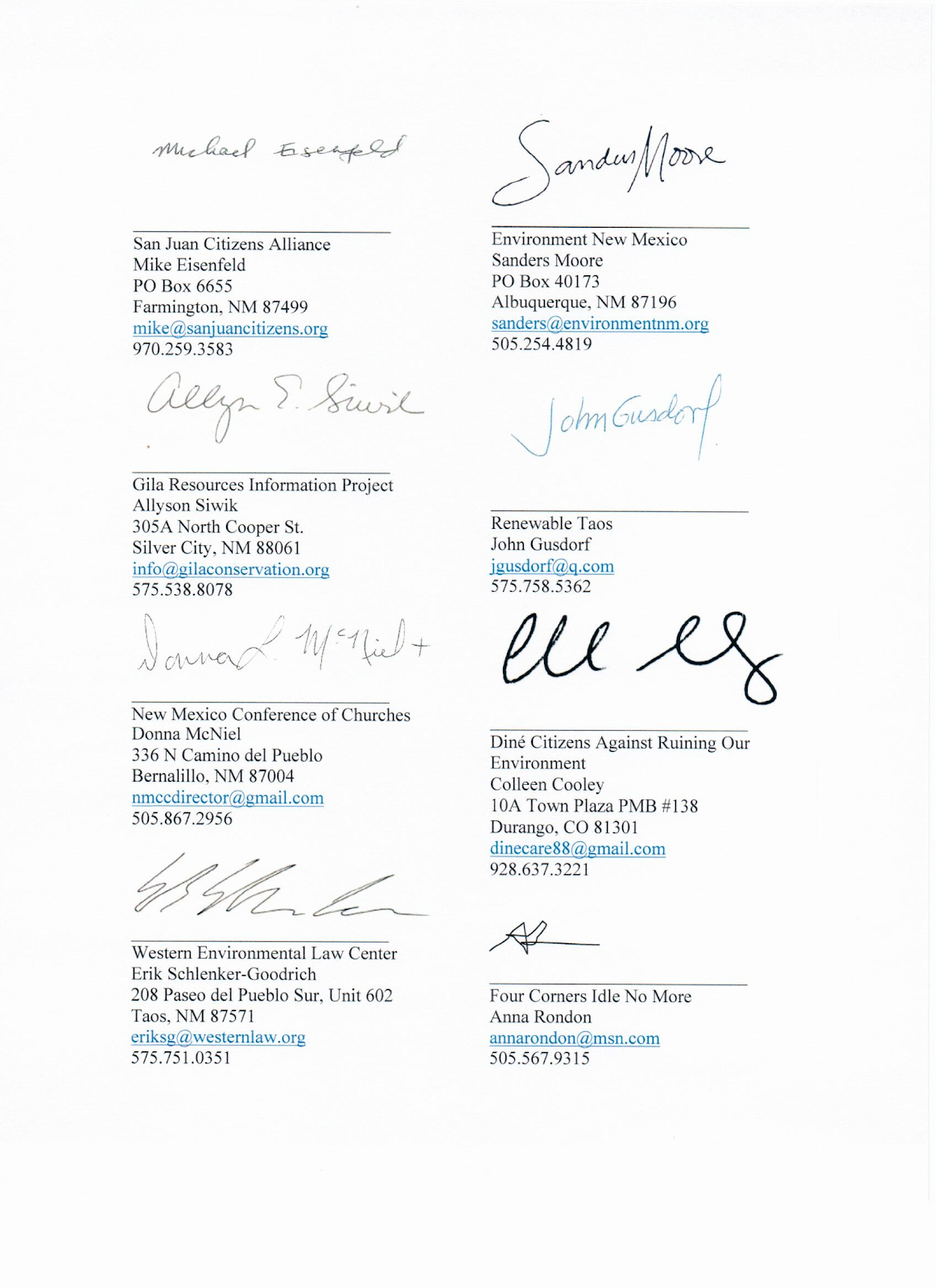 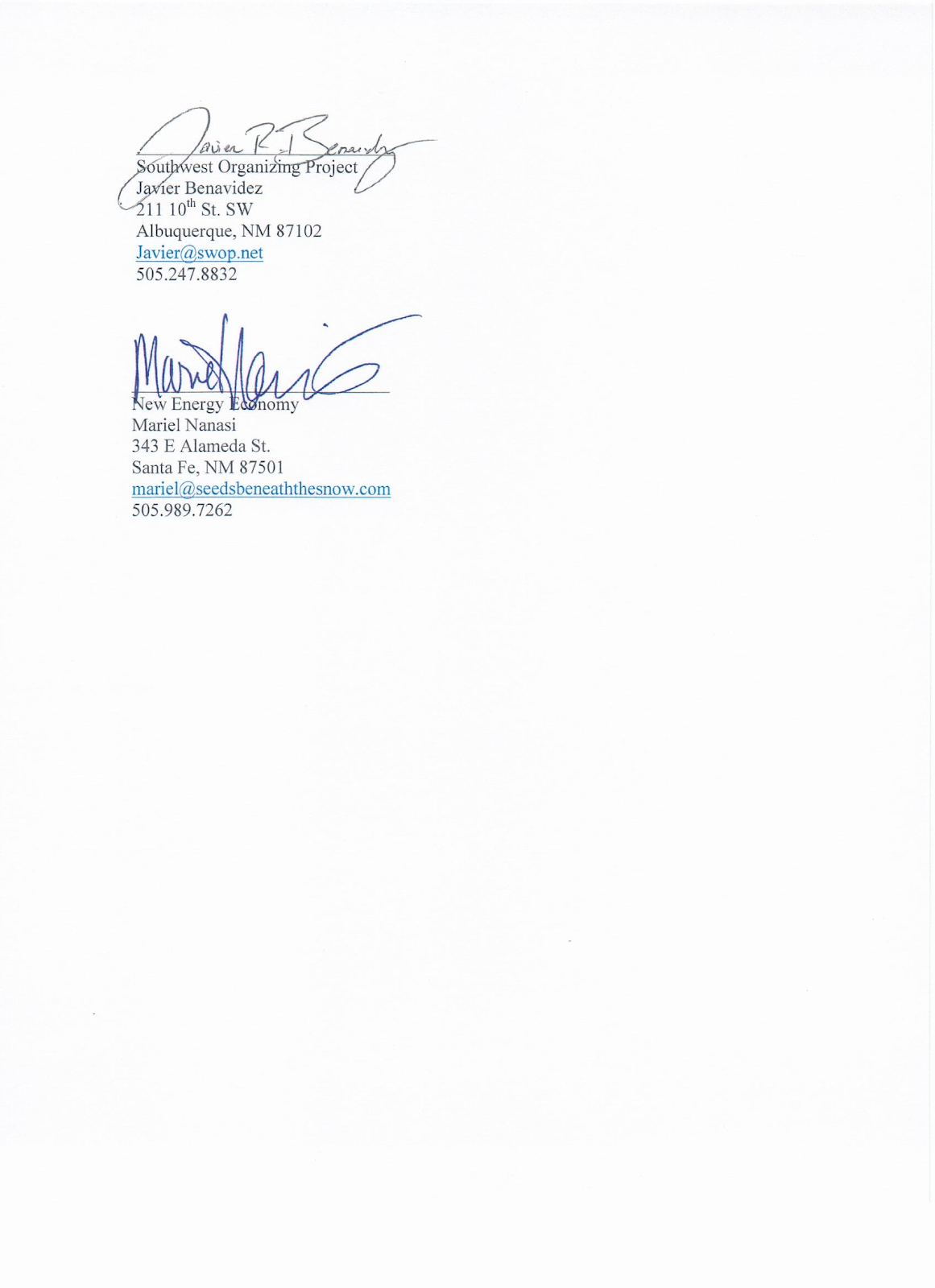