The warriors (or “protectors”) are protecting the mountain from the construction of a 30-meter telescope (TMT), which is a desecration of the most sacred place in the Hawaiian Islands. The peaceful protest has been ongoing for several years but in the past several months has gathered more momentum and support from Hawaiians and other non-Hawaiians around the world.

Cars and trucks flying the Hawaiian flag and adorned with ti leaves continue to line both sides of the Mauna Kea Observatory Access Road where the protectors have positioned themselves.

Good Friday, April 3, was a peaceful day for those who had gathered to protect the mountain from construction of the TMT and further desecration. The day began with Hula Hālau, participants in this year’s Merrie Monarch Festival, gathering and engaging the protectors in a cultural ceremony at the ʻahu (alter) at Puʻu Huluhulu, located near the entrance to the sacred summit.

An estimated 100 multi-ethnic protectors, many of them families, spent Good Friday and today monitoring access to the mountain while at the same time engaging in cultural practice and enjoying a beautiful day, including kanikapila, hula and pūpaʻakai (the traditional custom of sharing food). The road was lined with protest signs held by keiki (children), makua (adults) and kupuna (elders).

At approximately 1:30 p.m. today, Kamahana Kealoha, facilitator of the group Sacred Mauna Kea, formally presented the Unity Flag (also known as the Warrior Flag) of the Mohawk Nation, which supports the protectors and their cause.

The protective stance that the Kanaka have taken atop Mauna Kea coupled with the arrests of kupuna on Thursday, April 2 compelled Hollywood star and Hawaiian Idol Jason Momoa (“Game of Thrones” and “Aquaman” fame) to reportedly take a leave of absence from a film production in Los Angeles to fly home to Hawai’i to do what he can as a prominent public figure to lend his voice and celebrity to protecting the mountain. Today was his second day with the protectors.

Today, Lanakila Mangauil, the 28 year-old charismatic leader of the movement to protect Mauna Kea, updated and strategized with the hui of protectors. After Momoa had listened attentively to an inspirational speech by Mangauil, he had a private conversation with Manguail. Following this meeting, Momoa went to the sacred summit with his cameraperson.

Supporters bailed out all of the detainees within hours of their arrests. Funds such as Sacred Mauna Kea continue to welcome donations to assist with any future bail. The group also is continuing to request donations for flights to and from Hawaiʻi between the other Hawaiian islands as well as much-needed accommodations, including food, ground transportation and other essentials. Visit www.gofundme.com/sacredmaunakea.

For more information and updates, visit http://sacredmaunakea.wordpress.com/. On Twitter #AOLETMT.
. 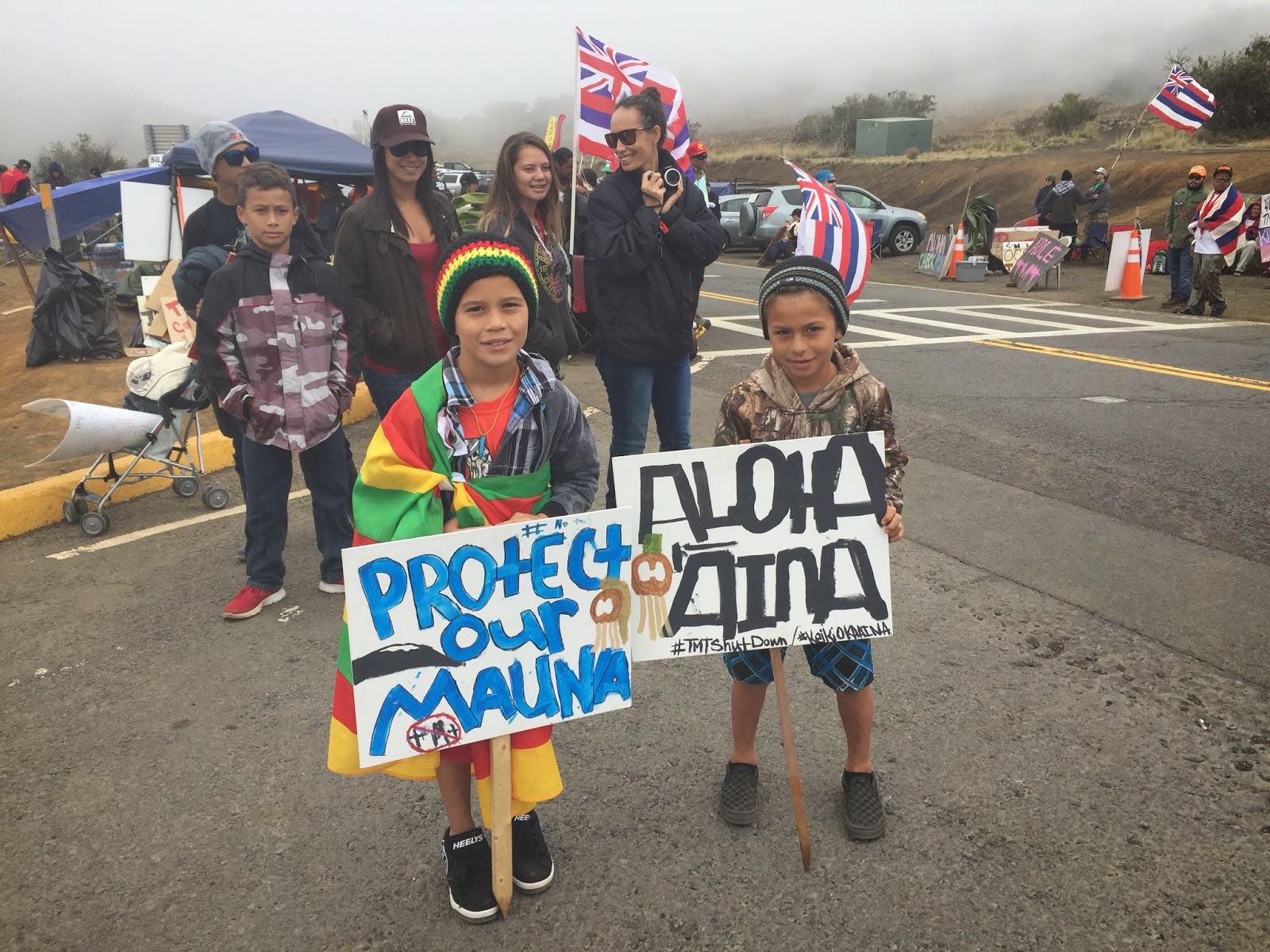