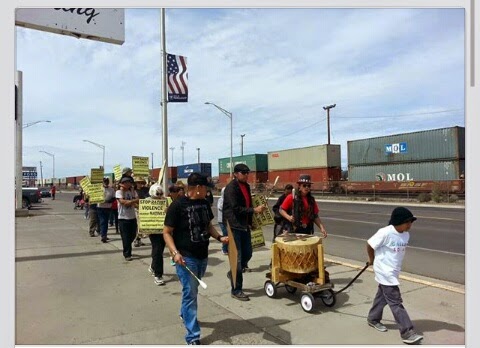 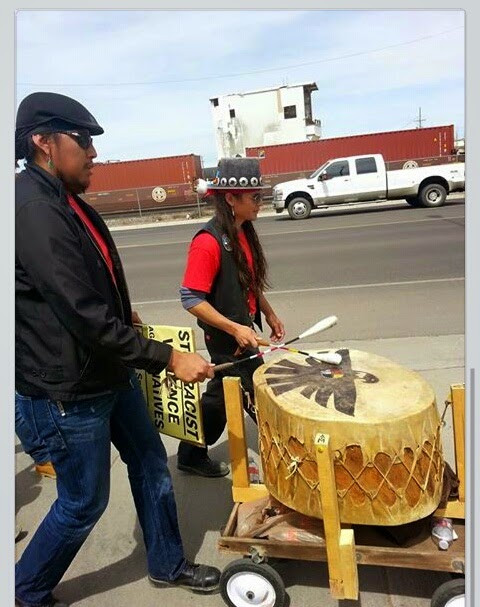 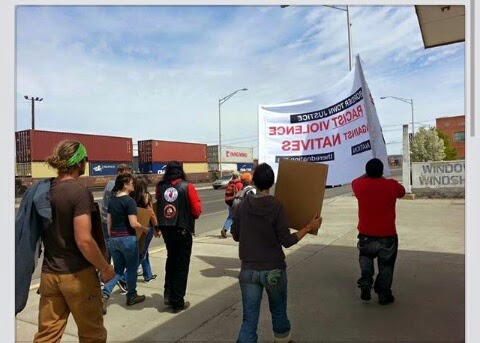 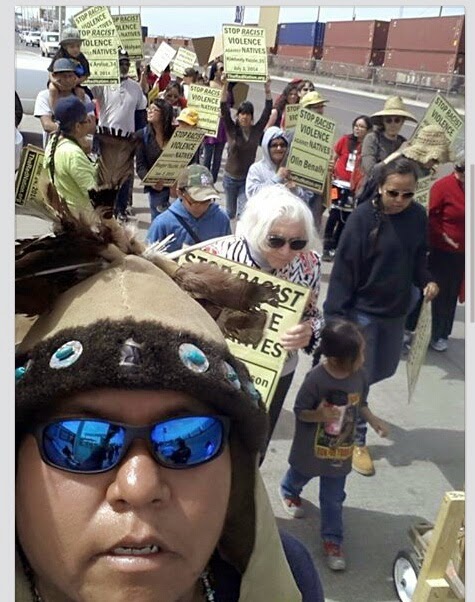 Thanks to Kris Barney, Dineh, for sharing his photos.
Watch videos of event below.
Dutch translation NAIS Gazette

By Censored News
The Red Nation March to End Racial Violence toward Natives was organized to demand a halt to racist violence against Natives in Gallup, N.M. Those who have been murdered in Gallup were remembered during the day's events.

Organizers said, "As we march, we will hold signs of the more than 170 Native people who have died unnatural deaths since the closing of the Na Nizhoozhi Center, Inc. detox center in July 2013. We hold the City of Gallup responsible for these deaths and for its continued negligence and active discrimination against Native people living in Gallup—especially the poor and homeless."
We demand responsive, humane, and dignified treatment of our Native relatives in Gallup. To accomplish this we call for:
1) an ethical investigation of the Gallup Detox Center to be jointly undertaken by the City of Gallup and the Navajo Nation;
2) the abolition of criminalization and racial discrimination of Native people, especially our poor, homeless and LGBTQ relatives. To accomplish this we call for the repealing of all anti-homeless and anti-poor laws. We demand an end to the aggressive panhandling ordinance in Gallup and the forceful use of the New Mexico Detoxification Act to harass Native people and excessively place them in protective custody;
3) the abolition of economic and cultural exploitation of Native people. We demand the investigation of predatory pawn, lending and car dealerships in Gallup; encouraging and securing Native leadership in local political structures; and encouraging and promoting Native-owned businesses in the City; and
4) the enforcement and examination by the State of New Mexico, McKinley County Commissioners, and City of Gallup regarding the laws regulating and limiting liquor licenses that otherwise profit from the deaths of Native people.
Sponsors:
McKinley Community PLACE MATTERS
McKinley Community Health Alliance
W.O.R.D. (Women Organized to Resist & Defend)
A.N.S.W.E.R. (Act Now Stop War End Racism) Coalition
The Party for Socialism and Liberation
Albuquerque Peltier
Kiva Club
ABQJustice
Red Student Faction
More photos in the news at El Jacarita: