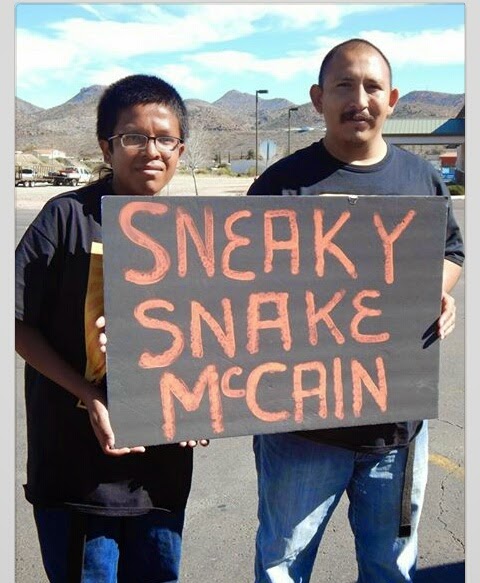 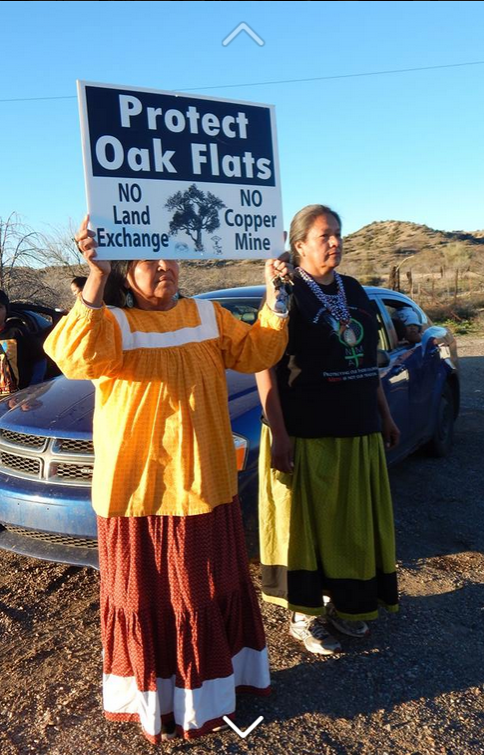 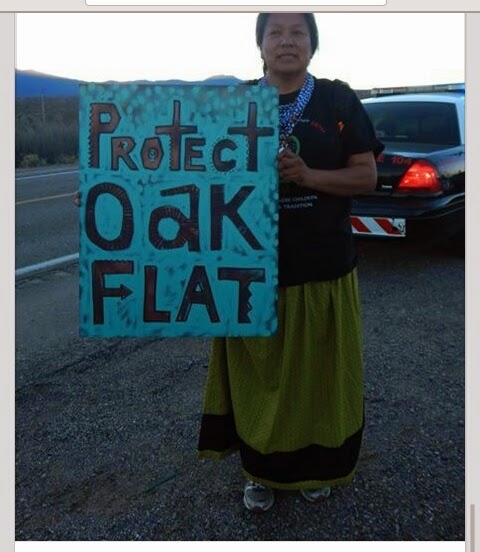 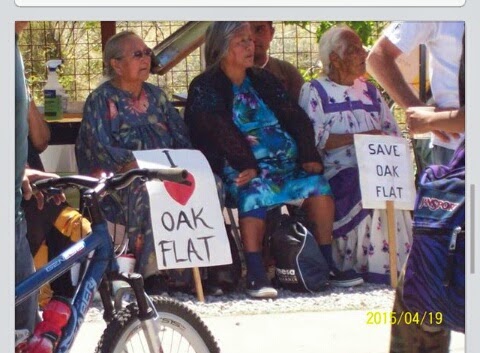 Article by Brenda Norrell
Censored News
Apaches say it is time for Sen. John McCain to retire, and that he has hurt Apache people by giving away their ancestral land for copper mining.
Apaches sent this message with the photo 'Sneaky Snake McCain:'
AZ Senator John McCain, IT'S TIME FOR YOU TO RETIRE! YOU ARE 78 YEARS OLD NOW AND ALREADY PUT IN 32 YEARS OF SERVICE. YES, YOU ARE A VETERAN OF WAR, BUT YOU HAVE REALLY HURT OUR APACHES AND INDIGENUOUS PEOPLES BY GIVING AWAY OUR ANCESTRAL LAND TO FOREIGN COMPANIES BHP/RESOLUTION COPPER/RIO TINTO. HOW MUCH MONEY DID YOU MAKE ON THIS LAND GRAB? WE HAVE A RIGHT TO KNOW! SAVE OAK FLAT! NO MINING ON HOLY APACHE LAND!!!!
The national Indian media is also responsible for failing the Apache people.
Why doesn't the national Native American media have reporters in DC and elsewhere serving as watchdogs of the corporate and politican criminals like Sen. McCain?
It is not a question of money. The national American Indian websites are owned and funded by the casino industry. So why are the 'reporters' staying home and plagiarizing?
It is a failure of the ethical duty of journalists.
. 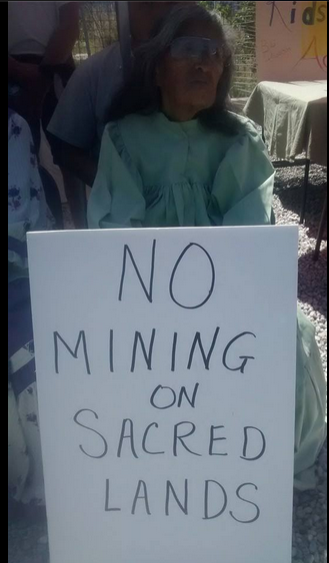