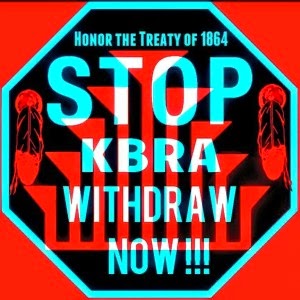 Upper Klamath Basin, Oregon -- All across the United States, on the west coast in particular, Indian water settlements are taking place at a rampant rate. The Bureau of Reclamation, a branch of the Department of the Interior, is securing water reserves for the best interest of the United States, predominately the industrialized agricultural economy.Though recent statements made by agricultural parties have been to support water agreements because farmers help “feed the world”, the truth is the meat raised specifically in the Klamath Basin does not feed the local community, adds to the carbon footprint and degrades Indigenous habitat utilized for cultural, spiritual and substance purposes. 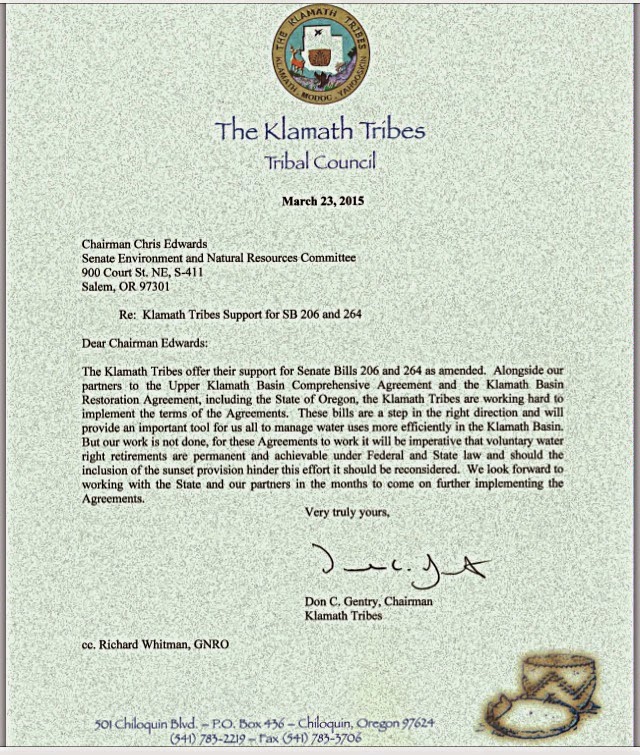 Lakota People's Law Project
Sign the petition: lakotalaw.org/action
Today marks a huge legal victory for the Native American children of South Dakota. A summary judgement was issued in the case of Oglala Sioux Tribe vs. Van Hunnick in favor of the plaintiffs!
Federal Court Judge Viken has ordered that South Dakota offficials have violated due process as stated by the 14th Amendment and the Indian Child Welfare Act, "The court finds that Judge Davis, States Attorney Vargo, Secretary Valenti and Ms. Van Hunnick developed and implemented policies and procedures for the removal of Indian children from their parents' custody in violation of the mandates of the Indian Child Welfare Act and in violation of he Due Process Clause of the Fourteenth Amendment to the United States Constitution."
ACLU Press Release: https://www.aclu.org/…/federal-court-rules-indian-families-…

By ACLU
media@aclu.org
RAPID CITY, S.D. – In a sweeping victory for Indian families, a federal court has ordered South Dakota officials to stop violating the rights of Indian parents and tribes in state child custody proceedings on several grounds.
The ruling stems from a lawsuit brought by the American Civil Liberties Union and Rapid City attorney Dana Hanna on behalf of two South Dakota Indian tribes – the Oglala Sioux Tribe and the Rosebud Sioux Tribe – and Indian parents who suffered the loss of their children at the hands of the state.
The lawsuit in part charges that Indian children are being removed from their homes in hearings that lasted as little as 60 seconds, and that parents have no chance to present evidence. In a 45-page ruling issued late yesterday, Chief Judge Jeffrey L. Viken wrote that "Indian children, parents and tribes deserve better," agreed with all seven of the ACLU's claims, and ordered the state to:
The court also found that the state violated the Indian Child Welfare Act (ICWA), a federal law designed to ensure the security and integrity of Indian tribes and families. The law is intended "to curb the alarmingly high rate of removal of Indian children from Indian parents."
"Indian children are being removed from their homes without giving parents and tribes any valid chance to respond. These reckless practices have led to enormous suffering BY Indian children and their parents, and the unnecessary breakup of Indian families. This important ruling should help keep this from happening in the future," said Stephen Pevar, an attorney with the ACLU's Racial Justice Program. "We are very grateful that Judge Viken is putting an end to years of violations of basic rights."
The defendants are State Judge Jeff Davis, Pennington County Prosecutor Mark Vargo, State Director of the Department of Social Services (DSS) Lynne Valenti, and Pennington County DSS employee Luann Van Hunnik.
"All praise and honor should be given to those tribes and to the Lakota parents who have fought for the rights of all Indian people in this historic legal victory," said co-counsel Dana Hanna.
The lawsuit, Oglala Sioux Tribe v. Van Hunnik, was filed in U.S. District Court for the District of South Dakota in Rapid City.
The ruling is at: https://www.aclu.org/racial-justice/oglala-sioux-tribe-v-van-hunnik-summary-judgment
More information is at: https://www.aclu.org/racial-justice/oglala-sioux-tribe-v-van-hunnik

45-page summary judgement for Oglala Sioux Tribe vs. Van Hunnick:https://www.aclu.org/…/oglala-sioux-tribe-v-van-hunnik-summ…
Please sign our petition to show your support for the return of the Indian children in South Dakota: lakotalaw.org/action
at April 01, 2015 1 comment:

Mohawk Nation News
Please post & distribute. Nia:wen.
Mar. 31, 2015. On March 29 the Haudenosaunee came together in Akwesasne to discuss land issues. The clans passed a resolution regarding the Kanion’ke:haka/Mohawk territory known as the Seigneury of Sault Louis. Also discussed were Kanehsatake, Akwesasne, Owego and Kanekotah issues.

We’re always cooking something!
The Mohawk Council of Kahnawake Inc., a Canadian government entity, is in the process of illegally accepting money for the 45,000 acres of land and eventually removing us to lands of other Ongwe’hon:weh nations. The deadline is June 2015. This is ethnic cleansing. To sell what is not yours is theft under any law.
Ia tihotiianaion means they have no path on this land. Our relations with them is water vessels rather than land. The incorporated INDIANS have gone off our ancestors’ path and follow the path of the ranenrakon.

The fatal violation of the Kaia’nereh:kowa, the Great Peace, the law of the land, is to put a monetary value on our Mother and deprive the ion’kwanion:sioni, the present and coming generations, of our birthright.
All land issues belong to the Iroquois people. Tewa’tha:tawi, we carry ourselves and our ties to our land. Such can never be disturbed by foreign entities and their agents to restrict us and spread division among our people. Ia te ion ki wenna hawi, they do not carry our voice.
Our union provides strength that casts out fear. “We bind ourselves together”, said Dekanawida, “by taking hold of each other’s arms, teionkwatenentsawakon, so firmly, forming a circle so strong that if a tree should fall upon it, it could not shake nor break it. Our people and grandchildren shall remain in the circle in security, peace and happiness.”
Creation has given you MCK Inc. and your followers the ability to make a choice. You have decided to follow the ranenrakon, onto his ship to try to steer our canoe. Our birthright is not saleable as is the white man’s. All negotiations that put our titles in jeopardy must end. Your have alienated yourselves from the circle. You have severed your tie to our mother, onensahotonkoton.