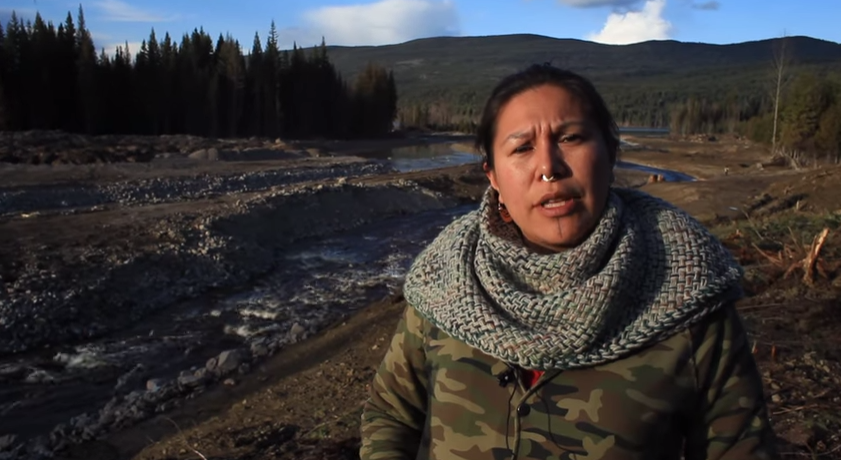 The Kimberley Land Council has received widespread international support for condemning the forced closure of Aboriginal communities in Western Australia, at the United Nations Permanent Forum on Indigenous Issues in New York.

Global human rights organisations, Indigenous organisations and NGOs from Australia, India, New Zealand and the United States pledged support to the KLC as it highlighted the discriminatory and race-based erosion of Indigenous rights currently occurring in Australia.

KLC Chairman Anthony Watson and CEO Nolan Hunter addressed the United Nations Permanent Forum on Indigenous Issues in New York today and met with key influencers including Victoria Tauli Corpus, the Special Rapporteur on the Rights of Indigenous Peoples and Australia’s Professor Megan Davis who was elected to chair the forum.

Mr Watson said it was great to be able to raise international awareness about the forced closure of Indigenous communities and legislative changes to the WA Aboriginal Heritage Act, on such a high-profile, global platform like the United Nations.

Human Rights: Implementation of the United Nations Declaration on the Rights of Indigenous Peoples (with specific focus on economic, social and cultural rights)
In Australia, failure to fully implement the Declaration on the Rights of Indigenous People by Government has proven to be a significant impediment to the pursuit of self-determination and strengthening of the economic, social and cultural rights of Indigenous people.
Australia is a federated nation with responsibility for implementation of the Declaration resting both with the National Government and in part with states within the federation.  At present, Indigenous people in the state of Western Australia are witnessing a discriminatory and race-based erosion of their rights and the attempted assimilation of Indigenous people into white Australia, presenting a significant risk to our economic, social and cultural wellbeing through:
The Australian Government has taken no steps to protect Indigenous people in response to these measures.
Forced closure of Indigenous communities
In November 2014, the Premier of the State of Western Australia declared an intention to close up to 150 of the 274 remote Indigenous communities in the state. This announcement was made without consultation with Indigenous people. It was made without regard to our wishes or our wellbeing.
Not more than 100 years ago, our people were being forced off our land and put in missions and reserves. Not less than 40 years ago our children were being forcibly removed from their families and forced into institutional care.  Less than 20 years ago the Australian Government enacted laws dealing with our native title rights which were, and still are today, racially discriminatory and a breach Australia’s international human rights obligations.  As recently as 2007, the Australian government again suspended the Racial Discrimination Act in order to implement the Northern Territory Emergency Response.
History shows us that these policies have resulted in the gradual disintegration of cultural standards and governance; it has resulted in fringe communities in urban areas, in alcoholism and youth suicides, and in disempowerment. And now the Australian Government is allowing it to happen again.
This program of forced closure and removal from country will be done by the removal by Government of essential services and is being applied:
The protests of the Indigenous community against this situation have been met by the Australian Government with a dismissal that our living in these communities is a lifestyle choice.
But we do not believe that this is correct. Article 8 of the Declaration tells us that we have a right not to be subjected to forced assimilation or destruction of our culture. Articles 10, 26, 27 and 32 further affirm our rights in relation to our land. And Article 19 provides that we must first consent to these actions.
We would hope that no State, that purports to endorse the Declaration, can maintain that the rights embodied within that Declaration are a lifestyle choice.
Erosion of legal mechanisms to protect cultural heritage
The Aboriginal Heritage Act of Western Australia establishes legal and administrative mechanisms to control Indigenous cultural heritage in the interests of the community at large, but not in the interests of Indigenous people. And is primarily directed at processes to allow lawful damage to or destruction of our heritage places and objects.
This law is in the process of being amended to further narrow opportunities for Indigenous people to participate in the management, control or protection of their cultural heritage, and to provide even greater legal control over our heritage to government.
The Aboriginal Heritage Act, in both its current state and proposed amended form, is contrary to international human rights norms and is an example of systemic racism legitimatised and institutionalised by legislative means.
These laws entrench principles of colonial superiority and provide legal protection for systemic racism.
These laws therefore amount to a forced taking of our heritage so that it can be destroyed, damaged or compromised by the state in accordance with its own laws for the benefit of mining companies and other developers.
Discriminatory land tenure administration
Indigenous people are committed and active in looking for every opportunity to improve the wellbeing of our people.
The forced closure of Indigenous communities and the laws relating to Aboriginal heritage are but two pieces of a broader approach by the West Australian Government to interfere in Indigenous self-determination in the state.  A third measure being applied is the discriminatory administration of land tenure and land management by the State Government to undermine actions taken by Indigenous people to improve their wellbeing and become economically self-sufficient.
Indigenous communities in the Kimberley have been active in pursuing opportunities to establish projects that use their native title rights to develop priorities for development and use of their lands. These projects align with our strong interest in protecting and taking care of the country we live on and include land management activities and carbon projects.
All Member States have an obligation to facilitate the economic, social and cultural wellbeing of Indigenous people. And this obligation extends to all levels of Government.
The Kimberley Land Council looks to the Permanent Forum, to fellow delegates and observers to support us in our call for Australia to comply with its obligations under the Declaration, and support the economic, social and cultural wellbeing of Australian Indigenous people.