Mohawk Nation News 'WE ARE PRISONERS OF WAR' 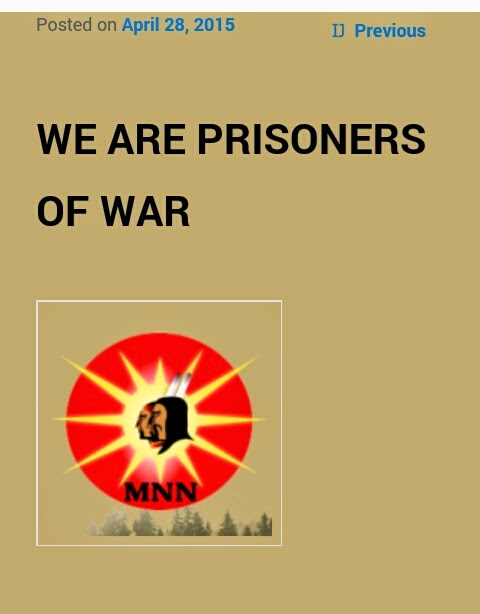 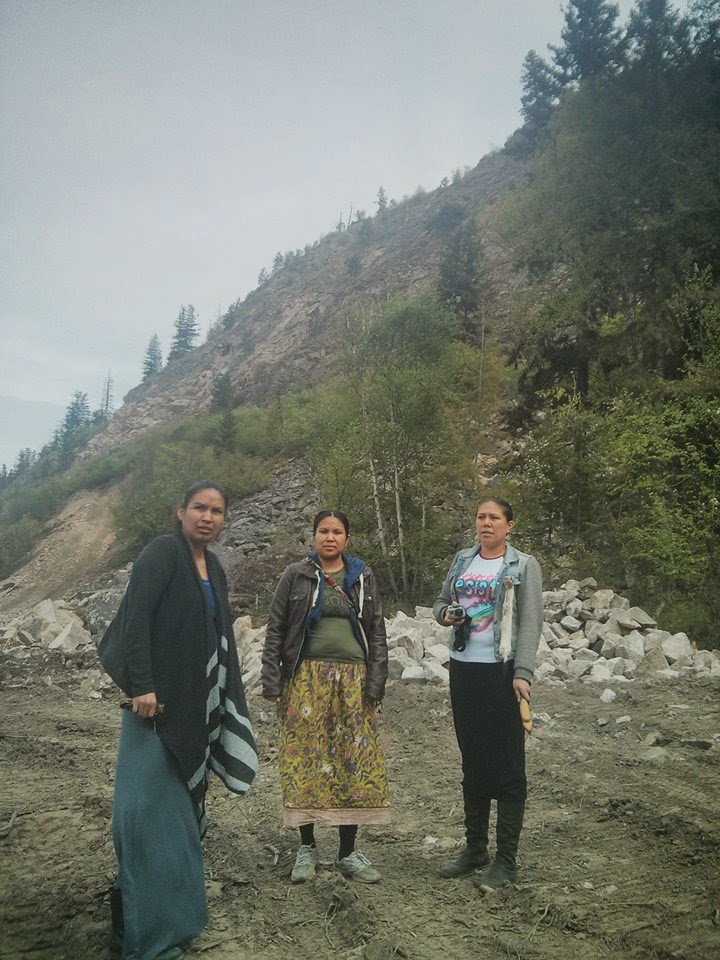 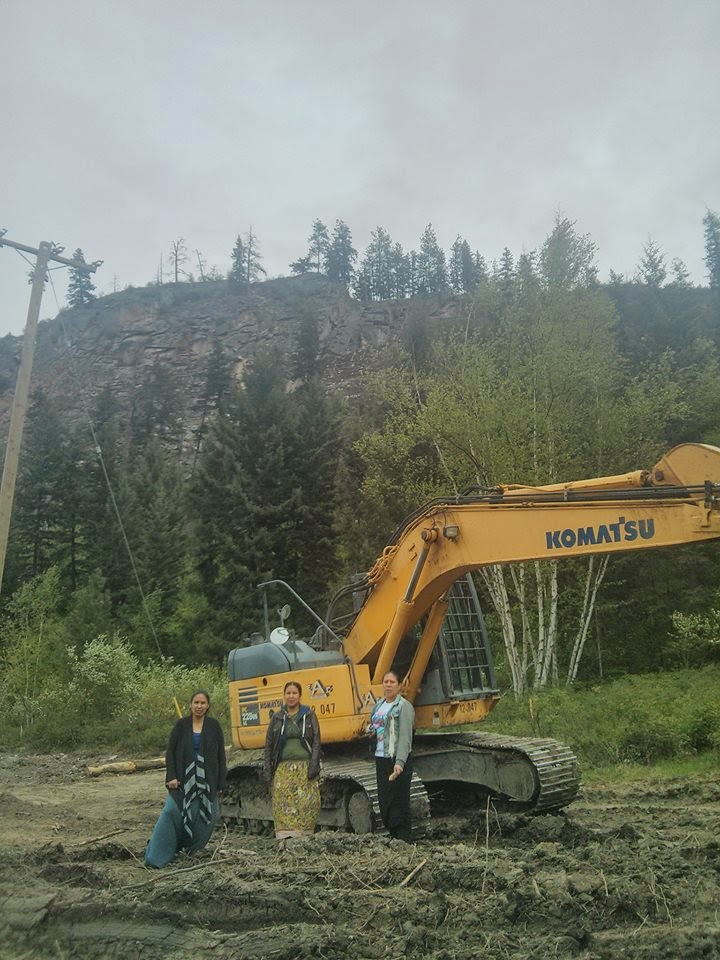 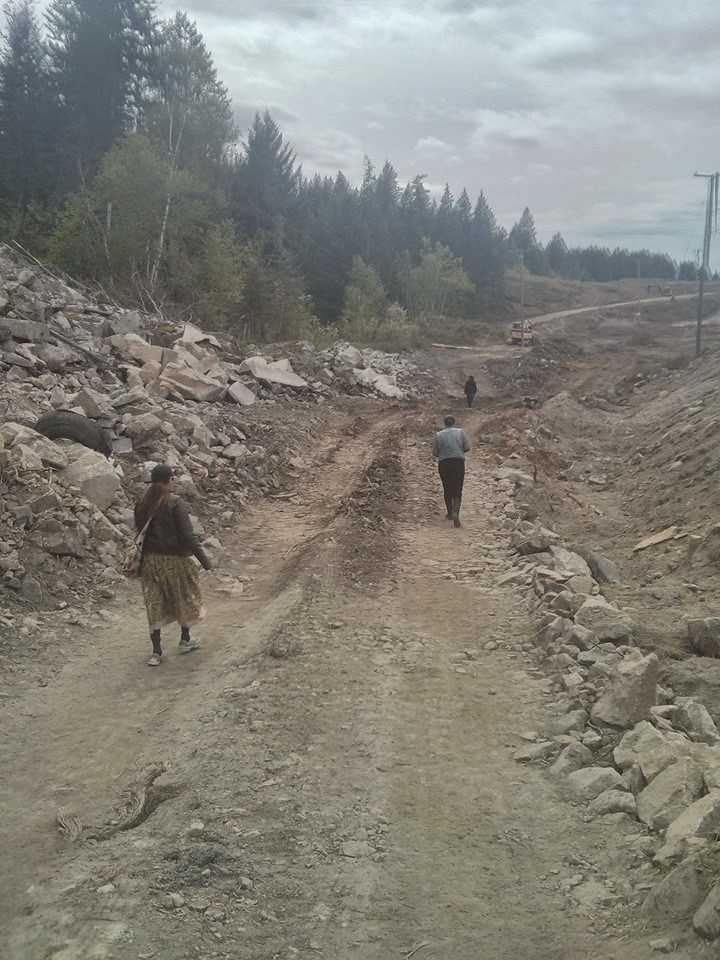 BREAKING WARRIOR NEWS April 27, 2015: Secwepemc Women Warriors Society halt the Trans Canada highway expansion at their Sacred Site. This area holds ancient ties between Secwepemc, that hold an inherent responsibility to protect this area, that is home to a Sacred Being and CANNOT be disturbed. This area known as "Hoffman's Bluffs" to the white Peoples is not for sale and not to be messed with! Secwepemc Territory is unceded, unsurrendered, No treaty, No purchase, therefore Canada or BC have no jurisdiction. This is not the first time Trans Canada Hwy has desecrated our Secwepemc Sacred places and burial sites, they destroyed whole village sites. This must stop!

Published on Apr 26, 2015
Secwepemc monitors bring you to GROUND ZERO MOUNT POLLEY: first-hand unreleased raw footage and photos of the TRUTH about the AFTERMATH of the disaster. Imperial Metals wants to reopen their Mount Polley mine, in less than 9 months, since its catastrophic tailings dam collapse, that spewed millions of gallons of toxic mining wastes into pristine Secwepemc watershed, lakes and salmon spawning grounds (the second largest in the world). The Secwepemc Women Warriors Society has called on the global community to stand with them to STOP the Mount Polley mine from reopening.

Photo of Governor Jerry Brown at the inauguration on January 5, 2015, by Dan Bacher

The recent admission by the Brown administration that it could use money from Proposition 1, the water bond, to pay for "habitat mitigation" linked to the construction and operation of the massive Delta tunnels is no surprise, especially when you consider the Big Money interests that dumped $21,820,691 into the campaign.

The contributors are a who’s who of Big Money interests in California, including corporate agribusiness groups, billionaires, timber barons, Big Oil, the tobacco industry and the California Chamber of Commerce. There is no doubt that these wealthy corporate interests are expecting a big return for their "investment" in the corrupt "play to pay" politics that rules California today, including the construction of the twin tunnels and new dams.

US Rallies: Stop Forced Closure Aboriginal Communities in Australia May 1, 2015 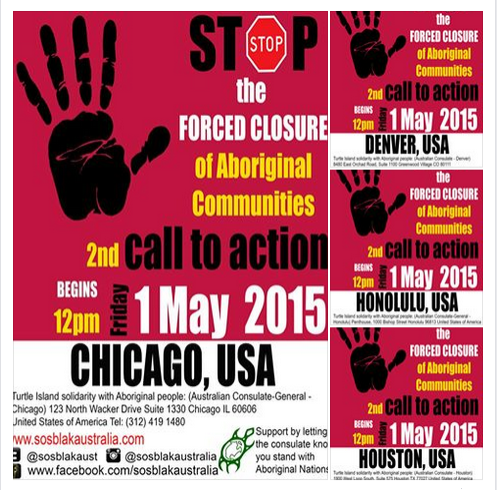 US Media Failing Indigenous Peoples, as The Guardian Succeeds
Thank you to The Guardian in the UK for this coverage below -- since the New York Times and other media in the US seem to have trouble making it out the front door to cover Indigenous Issues, at the UN in New York, and elsewhere across the Americas. The Guardian has succeeded while the US media has failed. -- Brenda Norrell, Censored News
. 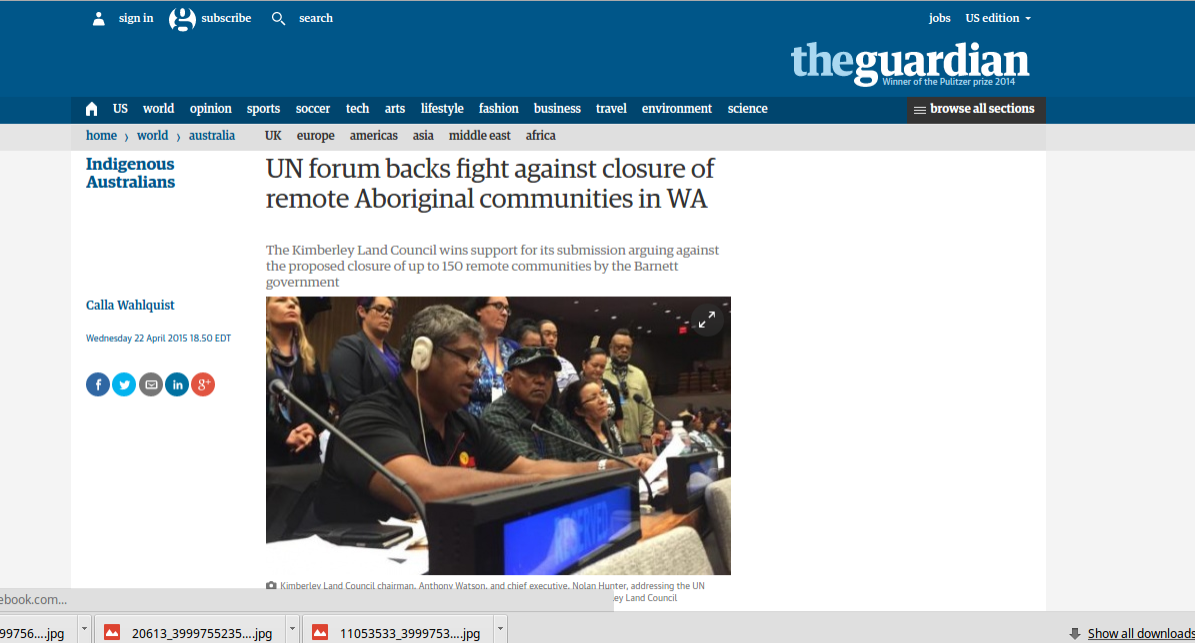 Read the article at The Guardian:
http://www.theguardian.com/australia-news/2015/apr/23/un-forum-backs-fight-against-closure-of-remote-aboriginal-communities-in-wa

Read the statement to the UN Permanent Forum on Indigenous Issues April 2015 at Censored News
http://bsnorrell.blogspot.com/2015/04/aboriginals-to-un-halt-closure-of.html

Thank you also to Global Research for this coverage:
.

Australia: The Secret Country Again Wages War on its Own People
By John Pilger, Global Research '

Australia has again declared war on its Indigenous people, reminiscent of the brutality that brought universal condemnation on apartheid South Africa.  Aboriginal people are to be driven from homelands where their communities have lived for thousands of years. In Western Australia, where mining companies make billion dollar profits exploiting Aboriginal land, the state government says it can no longer afford to “support” the homelands.
Vulnerable populations, already denied the basic services most Australians take for granted, are on notice of dispossession without consultation, and eviction at gunpoint. Yet again, Aboriginal leaders have warned of “a new generation of displaced people” and “cultural genocide”.
- See more at: http://www.globalresearch.ca/australia-the-secret-country-again-wages-war-on-its-own-people/5444609#sthash.YcDjoSPz.dpuf

Also see from The Guardian: Indigenous in Brazil fight to protect land from new law
http://www.theguardian.com/world/2015/apr/23/brazils-indigenous-groups-battle-land-law-change