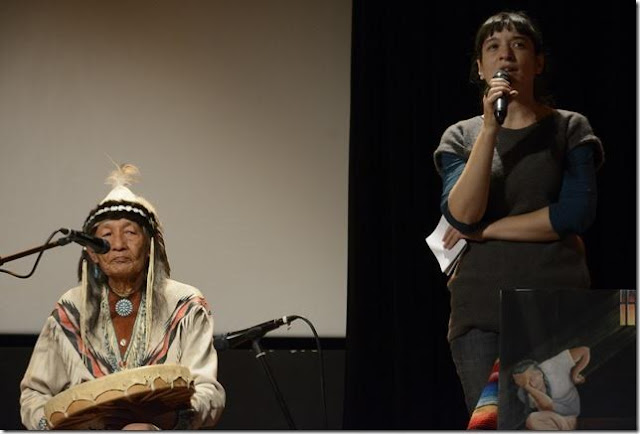 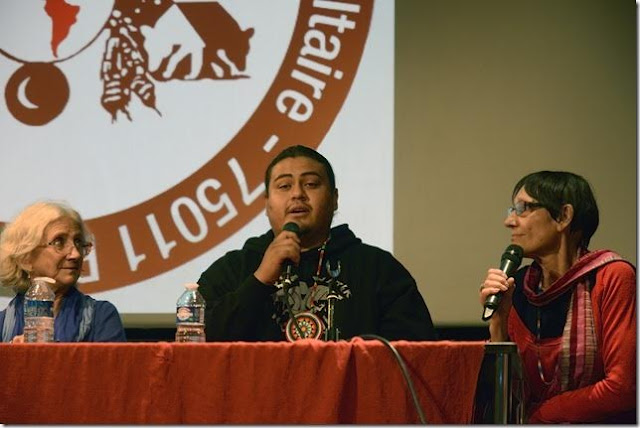 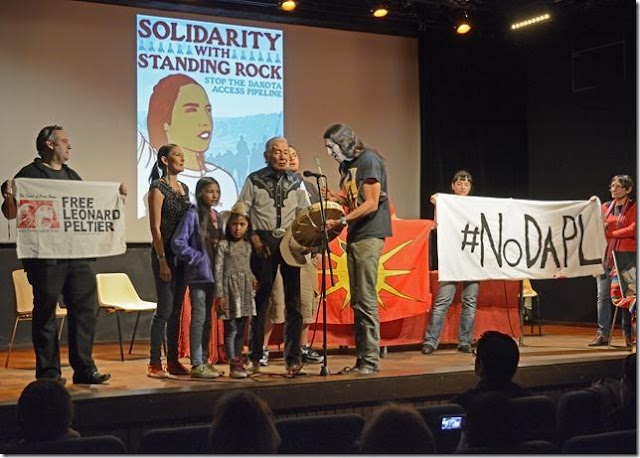 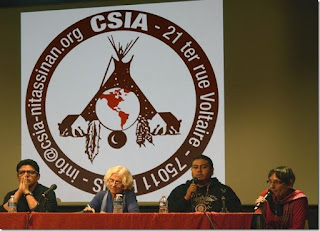 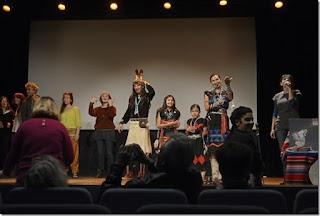 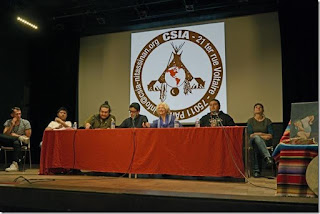 Solidarity Committee with American Indians in Paris: Listen to audios!

PARIS -- Despite the heat of possible attack on Standing Rock, I send you a link to the recording of all speeches held on CSIA’s Annual Day of Solidarity. Pascal Gregis, a member of CSIA who also works for a radio, recorded all speeches. Those by Irène Bellier are in French, but all the others are in English. The first is by Kenneth Deer’s grand-daughter, who replaced him as he had some health problem. Nataanii Mean’s is the longest and most important. Main theme was ‘Decolonize’, but because of circumstances, Support Standing Rock was too.
Speeches are on:
http://lsddm.free.fr/tr/discours/2016/index.html

There is also the AIM song by Jones Benally family.
Best,
Christine


ATTENTION RELATIVES:
The water protectors were given an hour notice to disperse. That hour is now over. It is being reported that the protectors are being slowly surrounded by highly militarized law enforcement.
Our elders and spiritual leaders have put up alters the protect the water and our People. The prayers are strong and our warriors' hearts will not back down. We are asking for prayers and support! The time is now! Please come to the frontlines!
Rev. Jesse Jackson and actor Mark Ruffalo are on the front line.

Strip searches of underage girls, water boarding and hooding,
torture by police of water protectors on the front line

By Brenda Norrell
Censored News
On the front line, Vic calls out for support. It is a cold, foggy morning at the new camp
directly on the path of the pipeline construction.
"We are standing here to protect our water," Vic said, describing the large
convoy of police that is staging nearby.
"No matter what, we are going to protect our water."
Standing in the area where the people were attacked with vicious
dogs, and later over 140 were brutally arrested,
He said the main kitchen has shut down, and everyone is on their own for food now.
Some kitchens are feeding others.
"We need the hunters to bring us food. There are no guns here."
"We are brave people, we are Lakota people."
"Everybody here is brave."
Vic said in the jails, they saw the police constructing
cages, like dog cages, which they are building to put them in, because
there are not enough cells.
He said his niece, who is underage, was arrested and strip searched
five times.
"Why are they doing this to us?"
The people have been hooded, and water poured over them
all day in the cold by the police.
"It is not an armed struggle, it is a peaceful struggle."
"What kind of government goes against its own people?"
"It's about money. It's about who makes the most money, the fastest."
He said it is hard to stay, and not go home to warm beds.
There are women, children, elderly, standing here to protect the
water.
"Use this new technology to get the word out."
He said at High Star Camp, they need meat for the kitchen, wood to stay warm on
high alert at night, and water.
He said it would be a sad day if the government comes
to remove a peaceful people.
"We have many different colors of people standing together."
"We need the tribal governments to stand up and help us."
Many of the warriors were up all night last night, on high alert.

UNICORN RIOT -- The situation here is escalating quickly. Police and military are staging a few miles down the road from where the water protectors have set up barricades. People here are preparing themselves both physically and mentally as they expect a raid by authorities at any moment. There is now a no-fly zone over the area. Police are targeting journalists and taking our equipment and footage. Multiple militarized police checkpoints surround the frontline camps and are screening vehicles driving in and out of the area. Helicopters and planes circle the camps continuously gathering geospatial intelligence. The various camps are digging in and preparing for colder weather as warriors defend the barricades from an impending attack at any moment. Unicorn Riot intends to document whatever happens next on the frontline when the police and military return.

Censored News has no ads or revenues. No content may be used without permission. No content may be used for profit making purposes. This includes advertising, click bait, Adwords and all profit revenue schemes.
Copyright notice: Each writer, photographer and videographer maintains their own copyrights.
--brendanorrell@gmail.com
at October 26, 2016 7 comments: