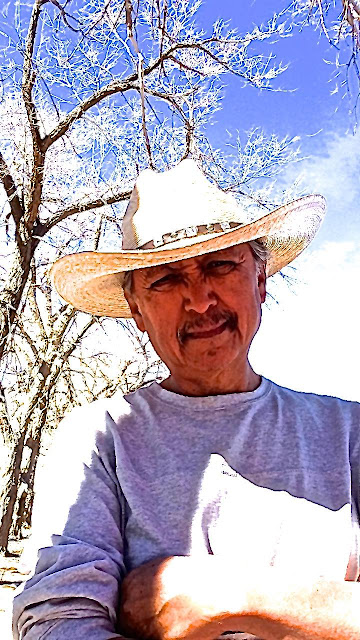 
So sorry to hear of the passing of my friend Larry Emerson. He leaves a gentle footprint on the world. -- Brenda Norrell, Censored News
at October 05, 2017 No comments: Kanahus Manuel said, "All five Standing Rock charges dropped today against myself and two others! Now we call on North Dakota to drop all charges against all Water Protectors. Free Red Fawn. Free Little Feather. Free them all!"

In the news at CBC:


All charges have been dropped against a Secwepemc activist from B.C. after she was arrested during the Standing Rock protests last year.
Kanahus Manuel was among dozens of people arrested near the construction of the North Dakota Access Pipeline Oct. 22, 2016.
She was in a courthouse in Mandan, ND Tuesday to face charges of criminal trespass, engaging in a riot, obstruction of a governmental function, disobedience of a public safety order during riot conditions and disorderly conduct.
She said Tuesday afternoon she was cleared of all charges and free to go home.
"They didn't have sufficient evidence," she said. "I'm feeling relieved."
Read more: http://www.cbc.ca/news/indigenous/kanahus-manuel-court-standing-rock-1.4318847
at October 05, 2017 No comments: 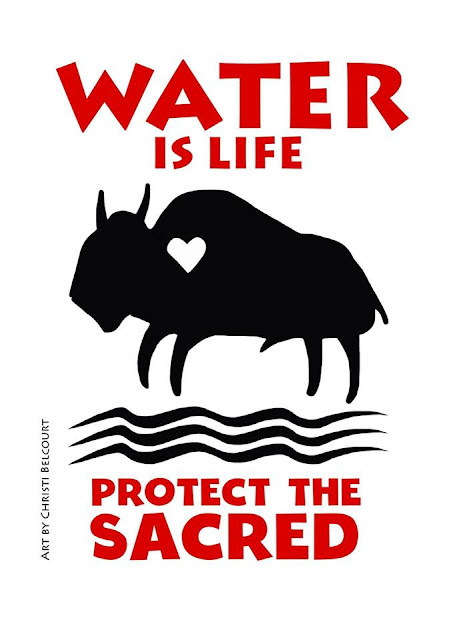 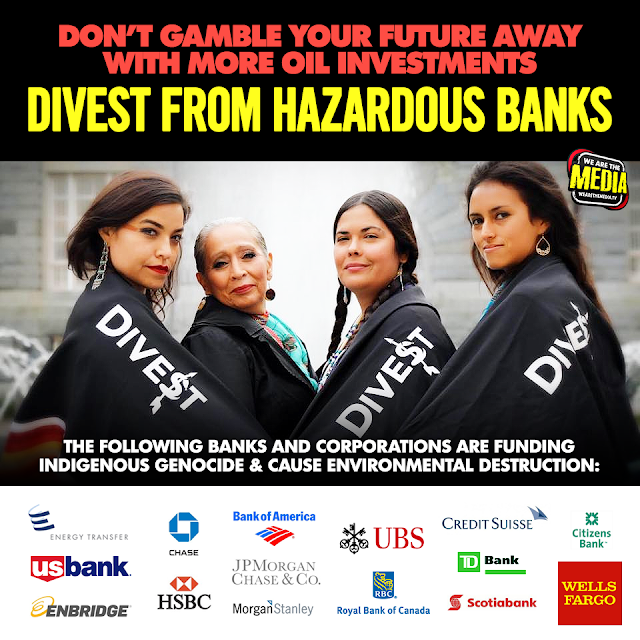 DIVEST: Join a local credit union and take your money out of Chase, Wells Fargo, Bank of America, US Bank and any other pipeline project investor!

This is the first step to take on hazardous banks that commit fraud, steal from our military soldiers, destroy our lands and bring harm to indigenous communities. Cities across the country have taken their money out of Wells Fargo already including Seattle and Los Angeles, are you up for the change?
at October 05, 2017 No comments: