“Blowing up sacred land is horrifying enough, but now the Trump administration will hold a dog-and-pony show to brag about it,” said Laiken Jordahl, borderlands campaigner at the Center for Biological Diversity. “It’s heartbreaking to watch them butcher this spectacular national monument and desecrate sacred indigenous lands. We’ll continue to fight Trump’s despicable border wall every step of the way .”

What: Protesters from environmental and indigenous groups will protest Trump’s border wall and destruction of Organ Pipe’s Monument Hill.

Media availability: Activists with the Center for Biological Diversity and Sierra Club and members of the Tohono O’odham Nation will be available for interviews.

The Trump administration is blowing up Monument Hill in Organ Pipe National Monument, home to endangered species and Native American burial sites, to build the border wall. Contractors are extracting millions of gallons of groundwater to mix concrete for the wall, imperiling Quitobaquito Springs. This rare desert oasis is home to two endangered species, the Sonoyta mud turtle and Quitobaquito pupfish.

More than 100 miles of new border-wall construction are planned or underway across Arizona, paid for with funds Trump diverted from Defense Department budgets. To rush wall construction, Trump waived dozens of laws that protect public lands, cultural resources, sacred sites and endangered wildlife. The Center and allies have sued to challenge Trump’s emergency declaration, which is funding this construction. 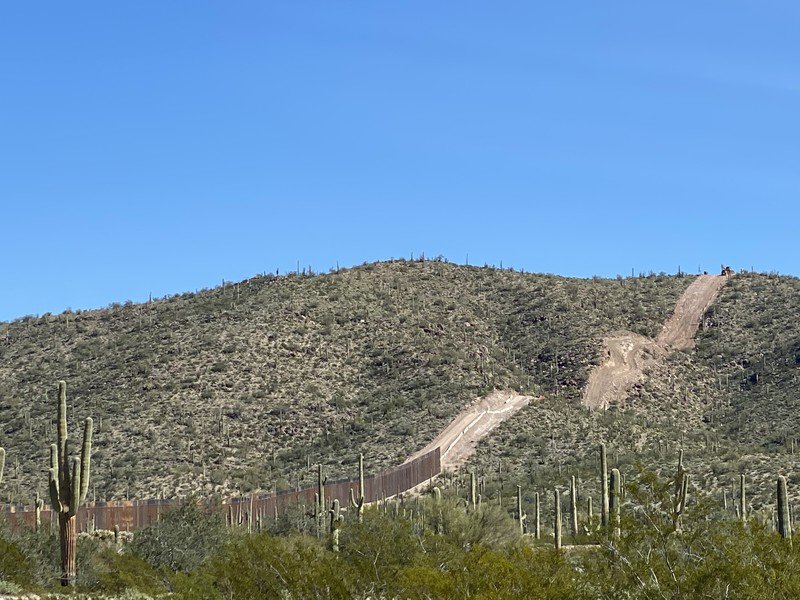 I despise Trump! He is Satan!! He is a lunatic! So much destruction and pain because of that Orange __________! fill in the blank.

I’m so sorry this is happening to your ancestral lands. I wish your leaders would allow more help from outside the tribe.