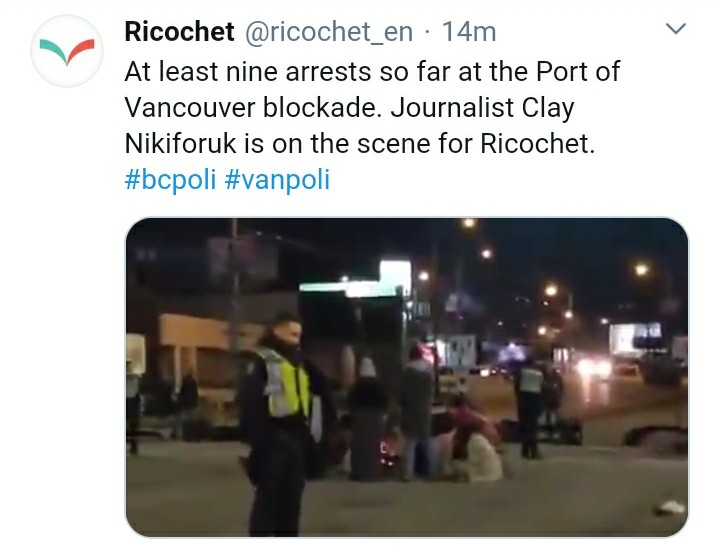 (Video) Our Tsakiy’ze (female hereditary chiefs) speaking today in Wet’suwet’en at the checkpoint at 4km on Laksilyu territory. They spoke calmly but these matriarchs are full of rage and sadness today. 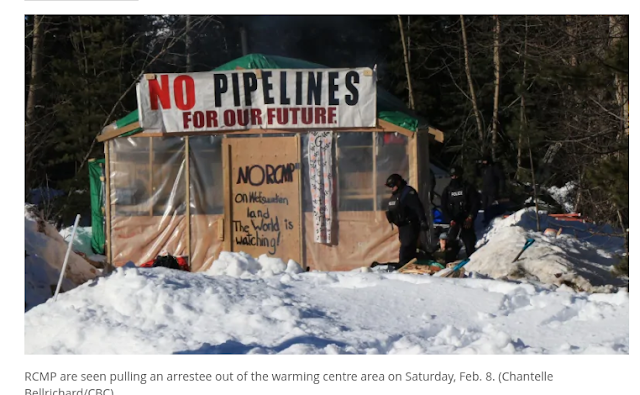 Ricochet media said just now on Twitter: "In an email to media, the RCMP announced they will raid #Unistoten tomorrow after 6 AM PT. Follow journalists @photobracken and @amandajfollett reporting from inside police lines, and we’ll update throughout. @GitxsanJt is in Prince Rupert, and can’t be there tomorrow. #bcpoli ... An injunction has been served on the blockade of Vancouver’s port. Canada’s busiest, it has been blocked for days. A police raid could come late tonight, or early tomorrow. We have a journalist heading to the scene right now. Updates to come. #bcpoli #Wetsuweten 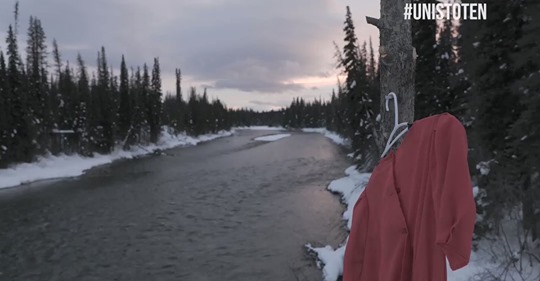 Unist'ot'en Camp
@UnistotenCamp
·
1h
#Unistoten women hold a ceremony honouring their missing and murdered Indigenous sisters and inviting their spirits to stand with them against the same RCMP who denied them justice. #WetsuwetenStrong #MMIWG #ShutDownCanada 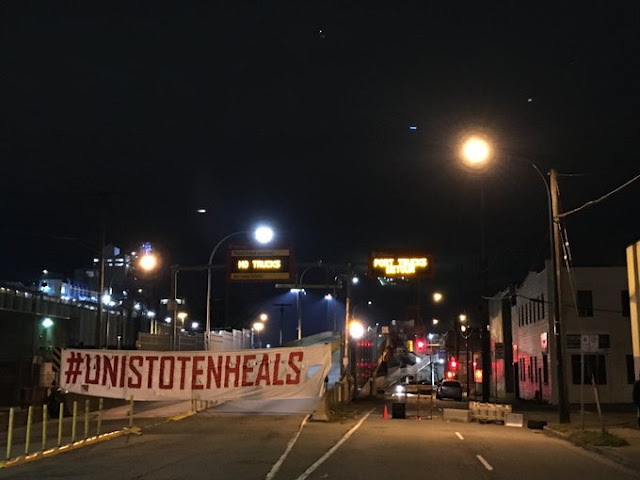 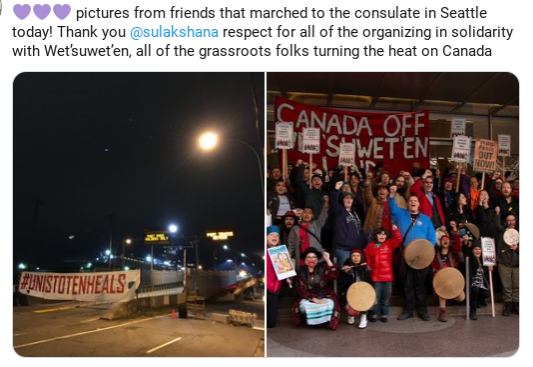 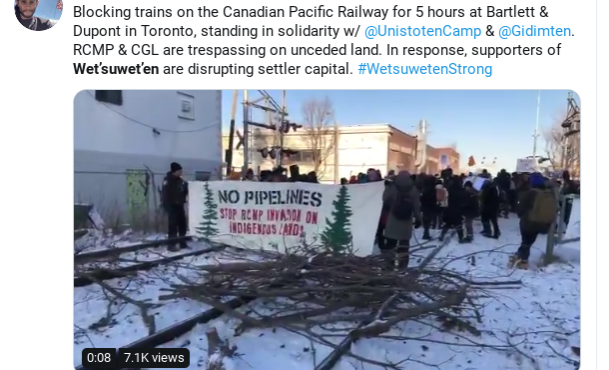 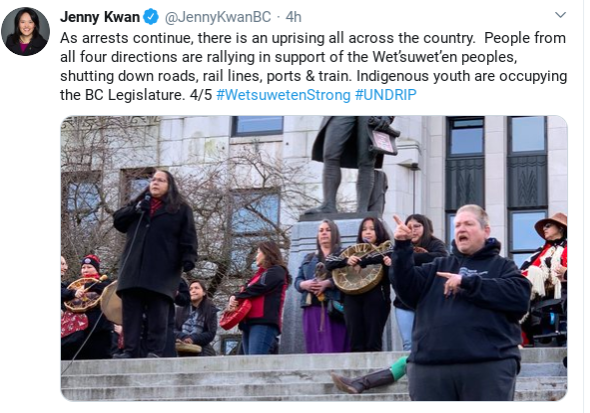 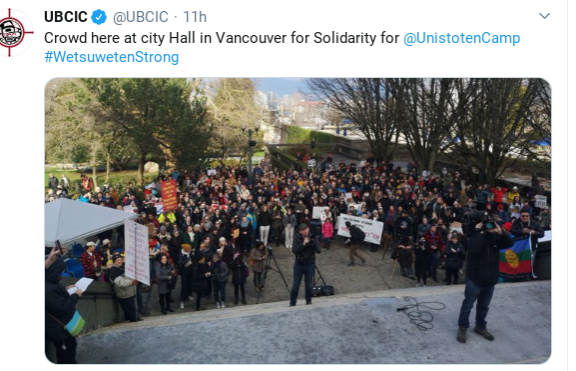 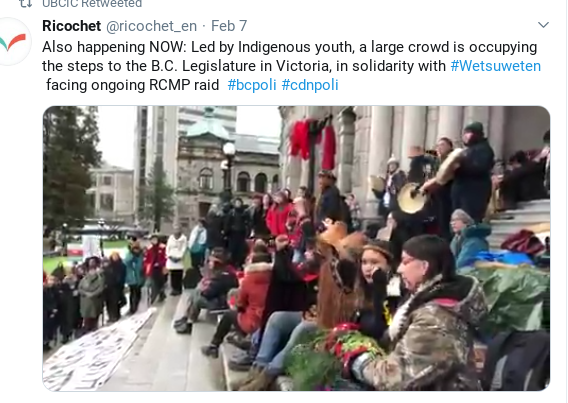 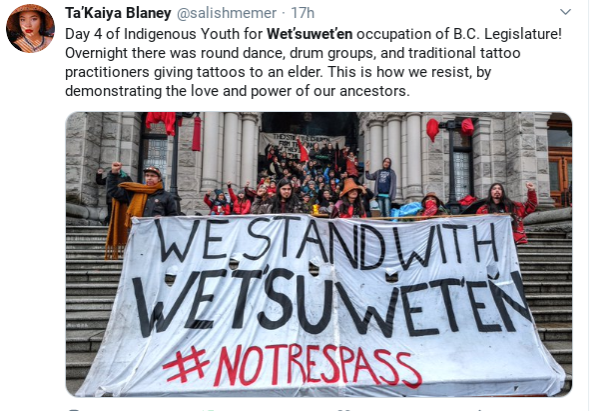 Below: Read more at The Tyee 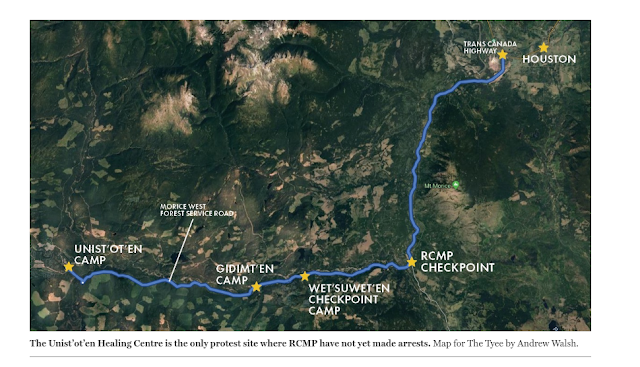 More photos of Shut Down Canada