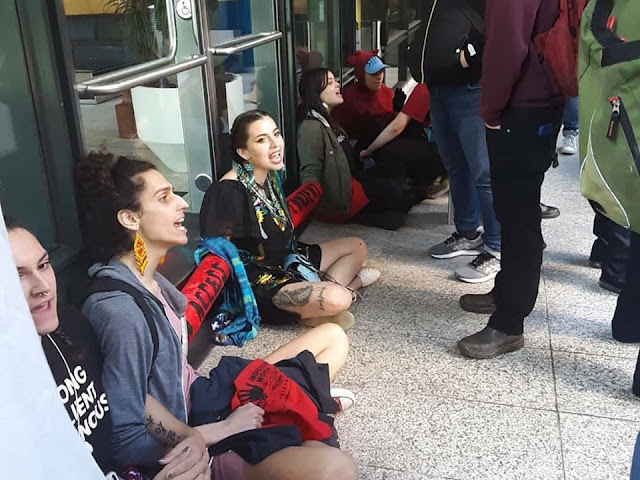 Indigenous youths locked down in San Francisco in solidarity with Wet'suwet'en Hereditary Chiefs on Wednesday. The youths were still locked down Wednesday night after 8 hours at the Chase Headquarters at 560 Mission Street.

At the same time, posts in support of Wet'suwet'en were locked on numerous Facebook accounts, preventing others from viewing.

Meanwhile, in Canada, a new rail blockade was established near Edmonton, as Wet'suwet'en Hereditary Chiefs reaffirmed that RCMP and Coastal GasLink must leave their territories in B.C. On the eastern side of the country, Mohawks at Tyendinaga and Kahnawake continued their blockades.

On Wednesday, posts in support of Wet'suwet'en were blocked from veiw on many user accounts. The privacy setting on the posts was changed from public to only me without the user's knowledge.

On Wednesday, posts about Wet'suwet'en were blocked by the security setting being changed, and posts about Julian Assange and another from AIM West, on this author's posts. 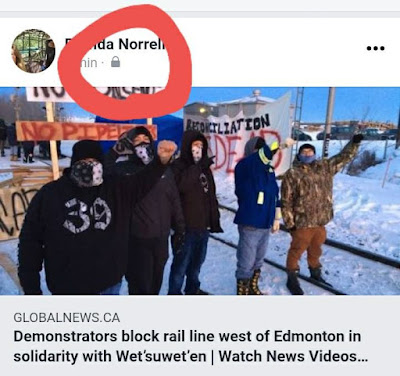 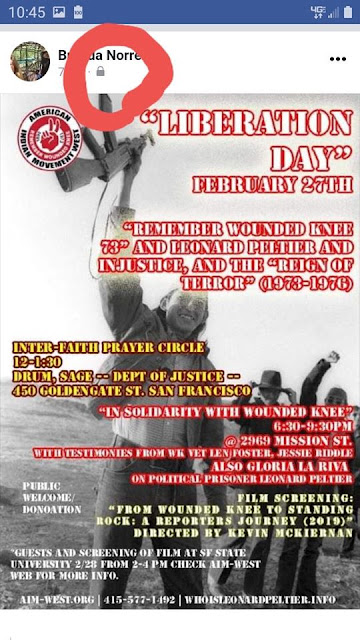 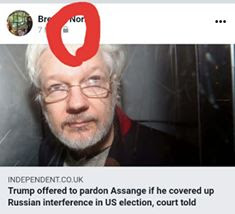 WHAT: Citing significant public interest in the matter, the Chairperson of the Civilian Review and Complaints Commission (CRCC) for the RCMP, Michelaine Lahaie, has issued a response to Wet’suwet’en Hereditary Chiefs, Union of BC Indian Chiefs, and BC Civil Liberties Association’s call for an investigation regarding the improper and unlawful actions of the RCMP in in Wet’suwet’en territory. The hard-hitting response by Michelaine Lahaie will be released to the media and addressed by the speakers.

You are not alone in your struggle to protect MotherEarth and her waters and the land you dwell on in sovereignty... Many stand with you.. Ometeotl 💚💫