The constitution act of 1982 is a continuation of their colonization of our land and people. It is impossible to bring our issues on colonization and genocide to the Admiralty Courts, WHICH IS FOR BANKS, CORPORATIONS ALWAYS ABOUT MONEY. The kaianerekowa was and still is the original law of this land. Our relationships are based on the teiohateh, the two row agreement.

McGill law students say that the indigenous people should be given the most respect because of sovereign law. UNDRIP UN Declaration on the Rights of Indigenous People declared in 2007 has not been adopted by Canada. onowarekeh, turtle island, is the birthright of the tahatikonsontontie, the unborn onkwehonweh. According to our culture each of us are the original caretakers of all of turtle island. No one has a right to convey, surrender or sell any part of onowarekeh. It belongs only to the future generations placed on turtle island by creation.

Minister of Justice David Lametti of the government of Canada ignores the violation of our culture as caretakers of the land. Foreign entities cannot impose fraudulent documents that convey the land of our unborn to anybody. We were invaded. onowarekeh was usurped. We were placed in POW camps called “reserves”. There was no war. The foreigners set about to extinguish us. They had the plan, the military and the weapons to take what they stole through their false claim ‘doctrine of discovery’. The Roman Catholic Pope declares he owns all heathen lands on the earth given to him by God. Anything based on a lie will always be a lie.
.

WASHINGTON -- Tohono O'odham Nation Chairman Ned Norris, Jr., testified before a Congressional committee and described the agony of knowing that as he testified, the Trump administration was blowing up a burial place of his ancestors for the border wall.

"It's hard to see the blasting you showed on the video today because I know in my heart and what our elders have told us and what we have learned that that area was home to our ancestors," said Norris, choking up. "Blasting and doing what we saw today has totally disturbed, totally forever damaged our people." 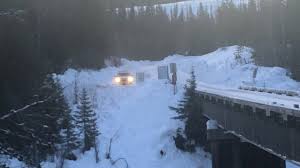 
We are seeing many pre-emptive and presumptive news reports, erroneously confirming that we have come to an agreement with the RCMP and the state. Before talks had even begun, mainstream and right wing media was reporting an end to the discussion, seeking to quell dissent and silence support for our position.

We have not yet received, as a gesture of respect from the RCMP, the written confirmation that our demands will be met and upheld while discussions are ongoing, nor that discussions will continue after February 28th.

Please stand by and watch our pages and that of Unist'ot'en Camp for progress and updates. We thank you for your continued solidarity and support in this pivotal and stressful time. 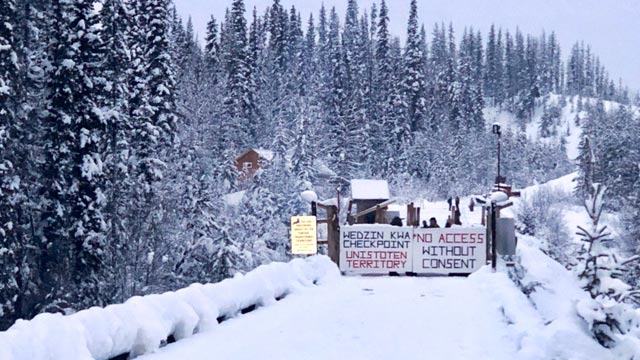 A bomb threat made against the Wet’suwet’en and Tyendinaga Mohawks comes during escalating discussions of violence among Canada’s far-right, whose latest obsession is the non-violent Indigenous sovereignty movement that has dominated headlines for weeks.
“You and your punk friends, the Mohawk warriors, need to call off the blockades,” reads an email sent on Feb. 26 to addresses associated with the Wet’suwet’en and Tyendinaga township.
“If you don’t, you will find a bomb in your mailbox, and your parents will be in danger.
“This is a threat, you are on notice.”
The email address used to send the threat is linked to a recently suspended Twitter account, according to Anti-Racist Canada, a collective that tracks hate and extremism.
Read the article at Ricochet media:
https://ricochet.media/en/2961/bomb-threat-made-against-wetsuweten-and-tyendinaga-mohawks-as-far-right-escalates-talk-of-violence
at February 28, 2020 No comments: 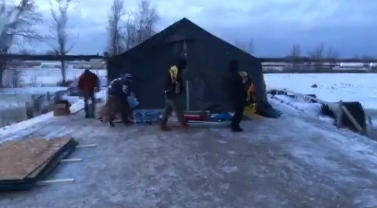 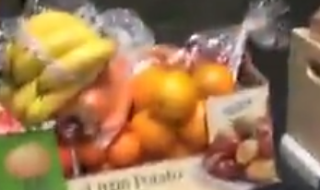 Tyendinaga Mohawks re-established camp after the police raid, put up a big tent, and now welcome others out to Wyman Road.
Video by Real Peoples Media.
https://www.facebook.com/realpeoplesmedia2016/videos/311921366435997/
On Friday evening, Feb. 28, 2020, a live stream shows two big tents at the Tyendinaga Camp on Wyman Road
"These camps are not going anywhere, they are just getting bigger."
"This is one of the most serious blockade tents I've ever seen."
"There's not a lot of trains going by, don't believe the hype."
"Nothing is over."
"Camp is still here," said the broadcaster from the Wyman Road Camp, where RCMP raided on Monday.
Watch Friday evening broadcast on Facebook:
https://www.facebook.com/realpeoplesmedia2016/videos/587216258528325/