University of Arizona, why the tap dance isn't enough 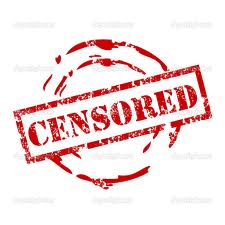 TUCSON -- The University of Arizona claims it will have a human rights conference focused on Indigenous Peoples and extractive industries. This is the same university that has its students designing drones and partners with Raytheon Missiles, as the US uses drones for targeted assassinations.

The university, under the guise of giving both sides of the story, collects large amounts of data from Indigenous Peoples and in the end, gives it to its corporate partners like Raytheon and Boeing, which built the border wall and spy towers on Tohono O'odham land.

Don't be fooled by the University of Arizona. It has a department of Homeland Security on campus, a class that teaches students how to target people of color for arrest on the US/Mexico border, and a global cyber spy program targeting people of Middle Eastern descent.

If this is a real human rights conference on Indigenous Peoples, human rights and extractive industries on Feb. 1, where are the Navajo and Hopi frontline warriors, fighting Peabody Coal, Navajo Generating Station and its operator Salt River Project. Where are the water warriors who will reveal how the US and non-Indian attorneys employed by the Indian Nations in Arizona are stealing Indian water rights under the guise of Indian water rights settlements, for coal fired power plants, and urban dwellers who waste water.

"Ouch," they say. They don't plan to have anything real here, anything from their own backyard, anything protected and concealed by the university.

The university uses the "buddy" system to map and discover where geothermal energy, and other mining resources are in Arizona and the rest of Indian country. Then, it shares the info with its corporate partners. It also uses Indigenous Peoples for profiteering from large grants.

The university is good at this PR spin, but it is a tap dance. If you talk with university whistleblowers and students, you will discover what the university really does with all the data extracted from Indigenous Peoples.

If the university wants to have a real human rights conference, why not begin by demanding that the university stop designing drones, remove Homeland Security and US Border Patrol agents from the campus, halt the money and information flowing back and forth between the university and Raytheon Missiles and others profiteering from the war machine.

Many of the traditional and ceremonial O'odham and Apache boycott the university. When it was necessary for them to attend the United Nations Rapporteur's session at the university in April, both Ofelia Rivas, O'odham, and Wendsler Nosie, San Carlos Apache, stated in their testimony that they boycott the university because of what it has done, and continues to do, to Indigenous Peoples.

Today the university is in the business of designing drones, which spy on Indigenous along the border, and are used by the US for targeted assassinations, including the assassination of a 16-year-old US citizen in Yemen.

If the university wants to have a real human rights conference, it could begin by examining the ATF's gunrunning operation to the drug cartels, Operation Wide Receiver, which was based in Tucson, after Project Gunrunner began during the Bush administration on the Texas border in 2005.

When it comes to extractive industries, there is plenty to examine in the university's own backyard. There is uranium mining in the Grand Canyon in the homeland of the Havasupai and Hualapai, coal mining on the Navajo Nation, radioactive tailings left from mining during the Cold War, on the Navajo Nation and in the Pueblos.There is copper mining in southern Arizona. There is the toxic poisoning by Asarco on Tohono O'odham land.

There is also that inconvenient truth about the University of Arizona and its corporate partners creating that drone factory, Advanced Ceramics, over by the Tucson International Airport on San Xavier Tohono O'odham land.

The university doesn't need to pull together mappers to steal info, anthropologists to carry out their dirty deeds, or invite those willing to sell their information. Native Americans in Arizona, and the rest of Indian country, say they don't need for the university to welcome geologists to steal more of their land and mineral information, or for the wannabes and academics to come together to steal more of their intellectual and cultural property rights.

The university doesn't need to just invite speakers from a continent away, or academia to distract from the real issues, it could focus closer to home, just down the road, and in the building next door.

A real human rights conference would begin by protesting this university.

The university doesn't need Indian wannabes and frauds to distract from the issues. These departments need to post exactly who the corporate funders are of this conference, the amount received, and how it was spent. The UN Rapporteur's session in April was funded by the Ford Foundation.

It should be a real human rights conference, it should be more than a tap dance.

And, as Indigenous Peoples will tell you, any real Indigenous gathering begins with the original occupants of the land offering a welcome and blessing.

Were the traditional and ceremonial O'odham invited to offer the welcome and blessing?

Brenda Norrell has been a news reporter in Indian country for 30 years, beginning with the Navajo Times during the 18 years that she lived on the Navajo Nation. After being censored and terminated by Indian Country Today, she began Censored News, now in its seventh year.
Posted by Censored News, publisher Brenda Norrell at January 29, 2013