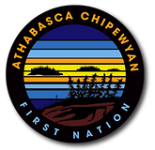 January 15, 2013 – Fort McMurray, AB – In the wake of Idle No More and the AFN’s calls for blockades, peaceful protests and a stall of the Canadian economy Chief Allan Adam of the Athabasca Chipewyan First Nation (ACFN) has made waves with talk of potential long term blockades in Northern Alberta.

“At this time we have no plans to organize or facilitate the organization of roadblock on highway 63 for January 16th or any set date. However, the people are upset with the current state of affairs in this country and things are escalating towards more direct action.

As a leader I have been talking to the people, talking with governments and industry to try and diffuse the situation that is coming to the surface.  However, neither government nor industry seems willing to move on the issues and the people have said that enough is enough.

Both Federal and provincial governments’ have blind sided this Country with weaken environmental legislation, weakened protection of our waters, lands and animals and a weakened public review process.  These legislative changes within Bill C-45 and Bill C-38 will expedite Canada’s abilities to extract billions of dollars in profits from Indigenous lands while most of our communities live in poverty and some without basic services like clean drinking water.  The legacy that will be left for our people will be nothing more then polluted lands and waterways with little left for our people to survive on.

Our people have become the canaries in the coalmine. We are all at a precipice and at a pivotal point in history.  We can either sit idly by and watch as the government sanctions the right to destroy the lands and rights of the people of this country or we can stand up and protect our lands and rights.

Unless Harper, the Canadian government and industry see the necessity to repeal the Bills or at the very least, remove amendments made to and renegotiate the terms of the Navigable Waters Protection Act, the Fisheries Act, The Environmental Assessment Act, the National Energy Board Act and the Indian Act, you can expect to see matters escalate not just here in Alberta but across this Country.

The blockade of Highway 63 is something that has always been a possibility even before Idle No More.  For the last 50 years people in Northern Alberta have been living at ground zero in one of the world’s most destructive industrial projects, the Alberta Tar Sands.  The tar sands infrastructure includes pipelines to the east, west, south and north needed to ship tar sands out and bring in solvents used in processing.  It includes proposed nuclear reactors and natural gas mining to generate power for needed for extraction.  It involves utilizing massive amounts of fresh water to process and leaves incredibly large toxic waste lakes that are contaminating plants, animals and neighbouring waterways.  It creates vast amounts of greenhouse gases fueling climate chaos and contributing to alarming climate change.

Our community has been challenging applications made by Shell Oil Canada, has repeated asked for better environmental protections, basic third party independent monitoring, and a moratorium until further studies are done to determine to cumulative impacts of the tar sands on the people and the land. To date all we have seen is nothing more then meetings and lip service.

The Oil, Gas and pipeline industry asked the government for legislative changes to better protect their investments and assets in the name of “economic growth” and within ten months the government made sweeping changes to legislation in their favor.

If no changes are made in the coming months I guarantee we will see Nationwide peaceful picket lines set up, resulting in blockades of major highways, against all resource extraction and development that is being done in violation of the Canadian Constitution, with unjust environmental standards and in contravention of our inherent rights to live, breathe and sustain ourselves on our lands.”