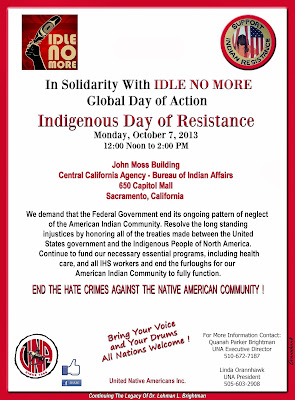 SACRAMENTO, CA - United Native Americans, in solidarity with Idle No More Global Day of Action will host a peaceful rally and press conference Monday, October 7, 2013 at the John Moss Building. Central California Agency/Bureau of Indian Affairs located 650 Capitol Mall, Sacramento, California to address the issues regarding the government shut down and its effects on the American Indian community. The event will begin at noon and end at 2:00 PM.

We as the indigenous community demand that the humanitarian crisis, that our people are suffering from be acknowledged and resolved immediately. We demand that the federal government continue to honor all treaties made between the United States government and the Indigenous People of North America before the shutdown.

Many people around the globe are currently unaware of the humanitarian crisis that is affecting America's First Nation people and that it is due to the US federal government shut down. The federal government has all but cut its aid to the American Indian community. 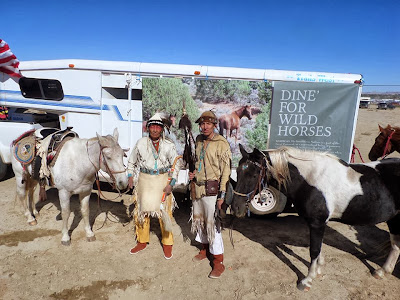 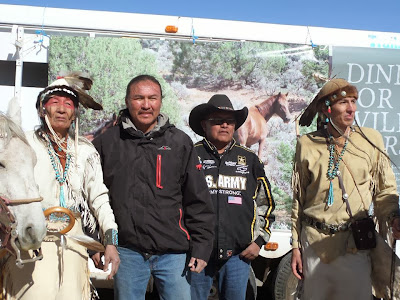