Over the last three months many of the Dine' peoples horses have been taken from their corrals and also off their grazing area and land use. Not only did the people get hurt, but also the foals were left behind. The mothers in the roundup were taken off of the reservation for auction, and were sold, even to kill buyers who transport the horses down to Aquila Martinez, Vanderwagon, New Mexico, then on to Las Lunas, New Mexico, and off to the border of Texas/Mexico for sale to kill buyers. Then to Mexico for slaughter for meat.

Call the Tuba City Chapter House and tell them to have the Navajo Nation Agriculture go back home. We don't want motorized dirt bikes and ATV's on our vegetation. And the Navajo Nation is not paying the volunteers, not even a dime. Again, tomorrow, Nov 14, and 15. 2013. The first day is going to be at Rare Metals and the next day is at Preston Mesa area. The Grazing Official's name is Angela Begay 928-283-3287, and the Chapter House number is 928-283-3284. Get the word out for horse owners and sacred horses.
at November 13, 2013 No comments:

Mohawk John Kane 'It's not what you say. It's what you do."


“It’s Not What You Say. It’s What You Do.”
By John Kane, Mohawk
Censored News
Almost a year ago federal agents invaded the Kaniekeha community of Akwesasne, breaking into the Three Feathers Casino which had been closed for more than three months and charging members of the Men’s Council from the Kaianerehkowa Kanonhsesne (Longhouse). Rarahkwisere and Kaneratiio, duly appointed members of that Council, were arrested and taken into custody. Sakoietha, a third member of that Council, was charged but refused to be arraigned, opting to remain free and at-large so he could, at least covertly, tend to his child who has been battling cancer for several years. 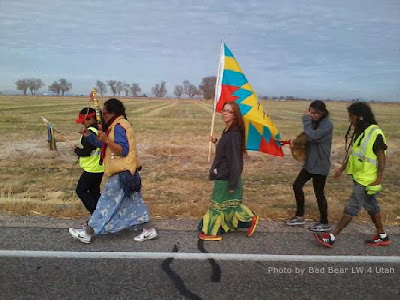 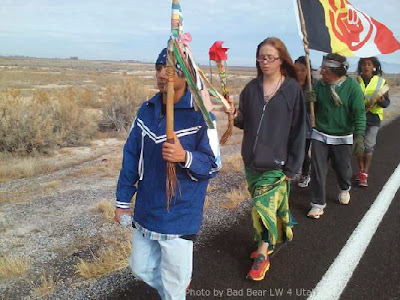 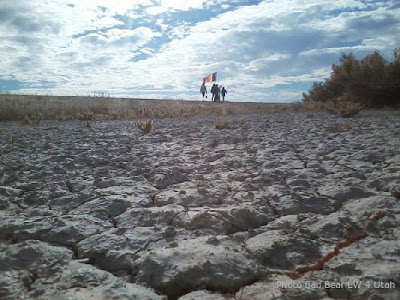 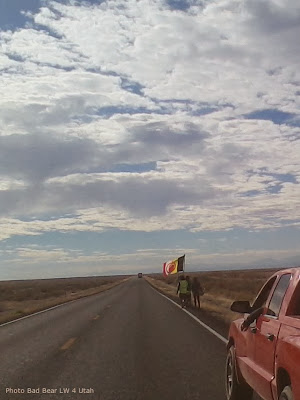 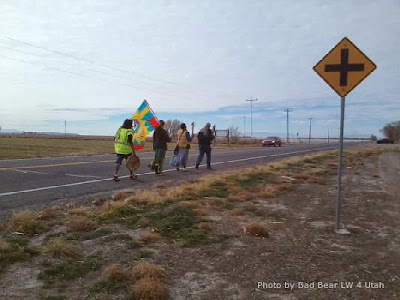 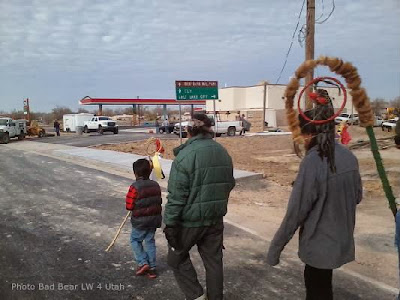 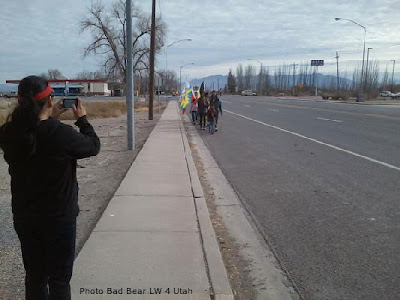 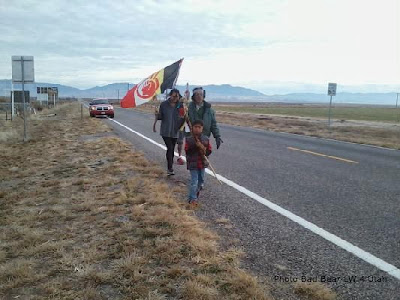 Toronto Mayor Rob Ford was caught on video smoking crack cocaine. He says he was drunk and asked for forgiveness. The apology overlooks the life his co-‘crack’ers live. They get the “bullet in the neck” while he goes on with his life. He turns his back on his victims.
Ford gets advice from Harper: “I told you, Rob, just say ‘SORRY!’ and then cry a bit!”
Canada has not had a human rights inquiry for the kidnapping of our children, killing half of them and trying to breed the rest of us into whiteness. Prime Minister Harper’s teary sideshow apology for killing our children in residential school death camps doesn’t cut it. Everyone in the world sees it’s a violation of every moral principle in the history of the world.

The Alaska Regional Response Team (ARRT), a federal inter-agency body tasked with formulating response plans to oil and hazardous substance discharges in Alaska, are holding public meetings in five hub Alaskan regions this week to present their revised oil spill response plans. The first meeting, scheduled in King Salmon, Alaska on Wednesday, November 13, will present information on plans that give pre-authorization for the spraying and injection of the same controversial chemical dispersants used on the 1989 Exxon Valdez and 2010 Gulf of Mexico British Petroleum (BP) Oil Spills, to be used in Alaskan waters.

The Alaska Inter-Tribal Council and the Change Oil Spill Response Global Alliance-Alaska Delegation, say Tribal Nations, fisherman and concerned citizens vehemently oppose the plan because it erodes the regulatory power of the Clean Water Act.  In a widely distributed Public Notification to Tribal Governments and Alaskan citizens, they explain that U.S. policies and laws mandating government to government consultation with Tribal Nations on such plans are being undermined and short circuited by the ARRT.
Read more »
at November 13, 2013 No comments:

Statement on the UN Climate Conference in Warsaw

The United Nations climate meetings involve the big powers of the United States and other industrialized “developed” countries. Lurking in the background are the financial sectors and investors of capital often having meetings in 4-5 star hotels.
Everything I have seen from the industrialized countries (including G20 countries) is false solutions towards addressing climate change. They have been playing a game of chess with climate.
As articulated at the World People’s Conference on Climate Change and the Rights of Mother Earth in 2010 in Cochabamba, Bolivia, the root cause of climate change is capitalism. IEN had a delegation in Cochabamba actively involved in the outcome documents. The problem is countries will continue to drill, dig, and burn up every drop of oil, gas, and coal; no matter how expensive it is, till it runs out globally.