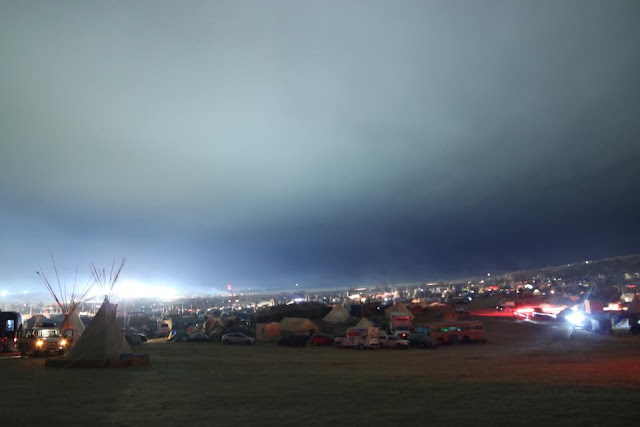 Red Warrior Camp said -- "The river is calling! Come and stand with us! This is 1851 Ft. Laramie Treaty land. We will not leave until this black snake is killed!" 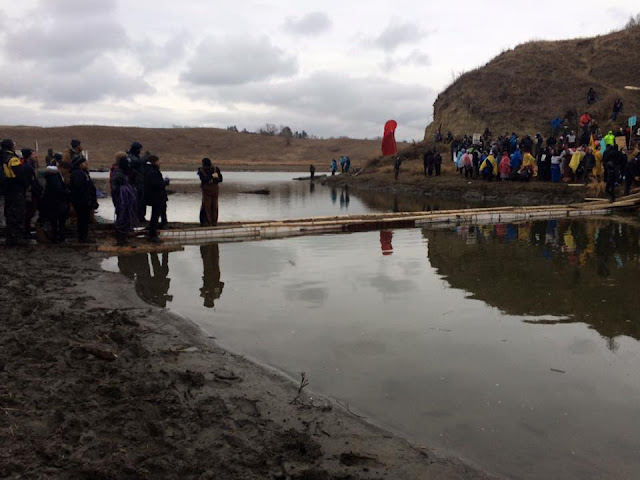 Standing Rock Sioux Nation Chairman Responds to Army Corps Notice of Eviction
CANNON BALL, North Dakota — The following statement from the Standing Rock Sioux Tribe’s Chairman, Dave Archambault II, can be quoted in part or in full.
“Today we were notified by the U.S. Army Corps of Engineers that on Dec. 5th, they will close all lands north of the Cannonball River, which is where Oceti Sakowin camp is located. The letter states that the lands will be closed to public access for safety concerns, and that they will allow for a “free speech zone” south of the Cannonball River on Army Corps lands.
Our Tribe is deeply disappointed in this decision by the United States, but our resolve to protect our water is stronger than ever. We ask that all everyone who can appeal to President Obama and the Army Corps of Engineers to consider the future of our people and rescind all permits and deny the easement to cross the Missouri River just north of our Reservation and straight through our treaty lands. When Dakota Access Pipeline chose this route, they did not consider our strong opposition. Our concerns were clearly articulated directly to them in a meeting on Sept. 30, 2014. We have released that audio recording from our council meeting where DAPL and the ND Public Service Commission came to us with this route.
We ask that the United States stop the pipeline and move it outside our treaty lands.
It is both unfortunate and ironic that this announcement comes the day after this country celebrates Thanksgiving – a historic exchange of goodwill between Native Americans and the first immigrants from Europe. Although the news is saddening, it is not at all surprising given the last 500 years of the treatment of our people. We have suffered much, but we still have hope that the President will act on his commitment to close the chapter of broken promises to our people and especially our children.”
Learn more about the Standing Rock Sioux Tribe at standwithstandingrock.net. For incremental updates please follow our Facebook page at Standing Rock Sioux Tribe or follow us on Twitter @standingrockst. 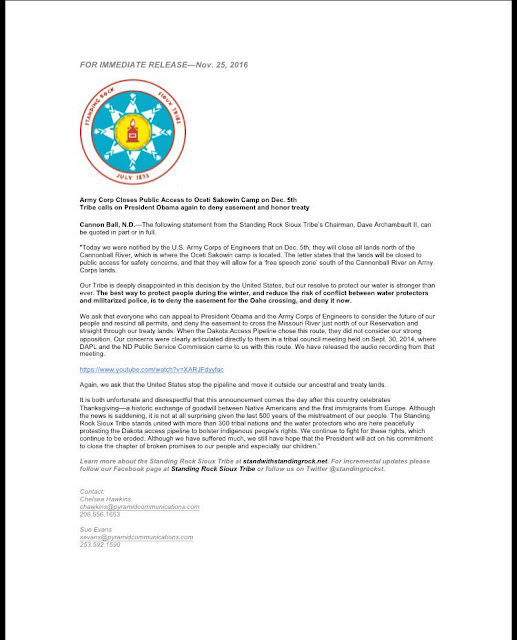 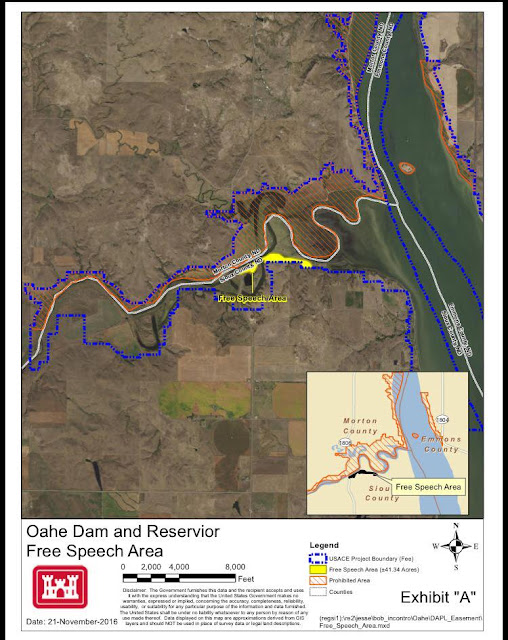 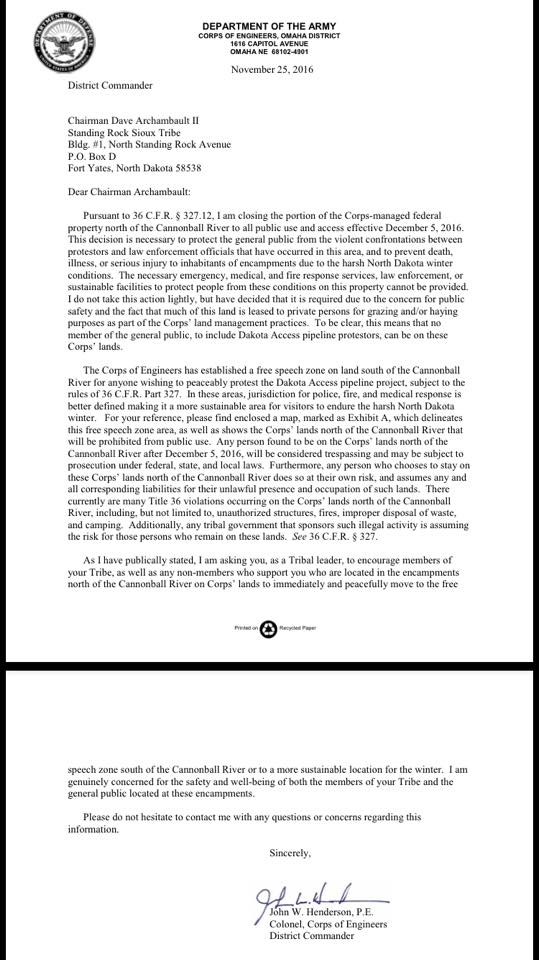 Ha ha ha! Henderson, if you're concerned about people being in the cold North Dakota weather why did you spray them with water cannons? You are a joke.

January 2016 North Dakota homeless one night count about a thousand homeless people and over 200 Without ANY Shelter. How Cold was the colonel about people freezing to death in North Dakota?
did they build mini houses??
did they put them in a room a hotel?
did they give them a teepee, a Stove? A tent ? Did they do anything to give them shelter?? NO.

The U S Army is doing what it has always done, like General Custer he took orders from the top in the case of gold found in the Black Hills in 1874 = equals (simply) DAPL and Col. Henderson 2016. Will the U S Government make another treaty to relocate 4000 Hunkapapa Lakota from original 1851 and 1868 treaty lands or will they have them stay in a cancerous pool of deadly oil polluted water and shoot rubber bullets and f i re water cannons. Something to think about.