Duped and sleep walking: US pandering to media and politicians 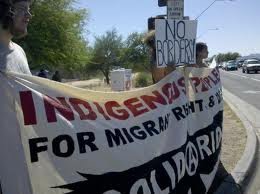 While most of the media is pandering to Obama and the US government which uses drones to assassinate its targets and innocent bystanders around the world, many Americans are preparing to delude themselves on Veteran's Day about bogus US wars.

It is good time to remember that Obama went to Cushing, Okla., to promote the southern route of the Keystone XL tarsands pipeline, the same tarsands pipeline destruction that is now terrorizing small family farm owners in northeast Texas and gouging out their farmlands over their protests. But let's face it, few people care about poor farmers, or the pristine water that the tarsands pipeline will contaminate.

Few people have the courage these days to protest outside the CIA headquarters and Censored News celebrates those who did. As the brave protesters were opposing the drones used in the US targeted assassinations, television news here in Tucson was cheerleading for new US military contracts for Raytheon Missiles, which makes missiles to kill people.

Raytheon Missiles also has a factory on the Navajo commercial farm, Navajo Agricultural Products Industries, and produces missile parts. That was one of the censored issues by Indian Country Today before I was terminated without cause in 2006. I began Censored News as a result. ICT editors forbid me to even investigate the fact that Raytheon Missiles has a production plant on the same land that the Navajo Nation grows potatoes for commercial potato chips and other foods.

The main question is whether Raytheon is dumping anything toxic there, since NAPI is growing food crops there too. The military contractors are notorious for using Indian land for toxic dumping. One of the reasons Indian Country Today forbid me from investigating this is because NAPI was negotiating trade with Cuba at the time. The last thing they wanted was for Cuba to know that the Navajo Nation has Raytheon Missiles on the same farm property. Indian Country Today was always quick to cover up anything like this.

The Navajo Council promoted the Raytheon contract, without questioning if these military products are used to kill other Indigenous Peoples. Raytheon promoted the contracts under the disguise of economic development, which should be called exploiting people desperate for jobs. Similar schemes, and secret backdoor deals involving corrupt Navajo politicians and non-Indian attorneys, result in the leases of Navajo land to coal mine companies and power plants on Navajoland.

NAPI also promoted the fact that it used Monsanto seeds, when Indigenous around the world were burning these genetically modified seeds. Since NAPI has been using genetically modified seeds all these years, neighboring Navajo farms in the Shiprock, N.M., region now have their traditional crops contaminated through cross pollination by the wind and natural pollinators.

The media and politicians are responsible for cheerleading for bogus US wars and share responsibility for the large number of suicides in the US military.

Currently, one of the most censored stories is the fact that the University of Arizona has a partnership with Homeland Security and is engaged in drone design, cyber intelligence, and mapping of Native American lands in Arizona, including Tohono O'odham lands. These programs are public information and featured by the university on the web.

The university, aided by its public relations spin masters and the media, attracts millions of dollars in grants for the university, which preys on Native peoples suffering for grant dollars, and donations through the university's foundation.

The University of Arizona has a long history of annihilating American Indian rights, including taking the lead in placing telescopes on sacred Mount Graham, sacred to Apache and other Indian people.

Today, the university is featuring drone design competitions, continuing their cyber spy programs and programs that train students how to target people of color on the US/Mexico border. All people of color are victims of this rabid targeting.

The US Border Patrol has militarized Tohono O'odham land with its spy towers, helicopters, searches, spying and abuse of women and elderly. Border Patrol agents terrorize O'odham during ceremonies, and destroy the land and resources with abuse and arrogance. The border wall contractor Boeing dug up the remains of Tohono O'odham ancestors on O'odham land.

While the university gains access to Indian lands through special projects, it also engages in partnerships with the very corporations and US puppet masters which exploit and destroy American Indian rights.

Don't expect the media to expose these things. In fact, I haven't seen a staff reporter for Indian Country Today out on a news story in Arizona in many years. I do see them plagiarize.

Brenda Norrell has been a news reporter of American Indian news for 30 years. During the 18 years that she lived on the Navajo Nation, she was a reporter for Navajo Times and a stringer for AP and USA Today. While serving as a longtime staff reporter for Indian Country Today, she was repeatedly censored, then terminated in 2006. She began Censored News as a result. Censored News is now in its seventh year and has no advertising, grants, sponsors or revenues.

For permission to repost in full contact Brenda Norrell, or feel free to share the link:
brendanorrell@gmail.com
at November 11, 2012 No comments:

Here's a statement the organizers released in promoting this protest:

The US Military and the Central Intelligence Agency are killing innocent people, committing extrajudicial executions, and violating international law with the use of unmanned aerial vehicles, DRONES, that are destroying the lives of people in Afghanistan, Pakistan, Yemen, and Iraq. The use of killer drones is increasing and spreading to other countries. We must hold our government accountable for these acts of terror. Come out and oppose these aerial death squads. Please make a banner so that all our citizens can begin to understand what is being wrought in our names.

This comes as Tucson television news cheers for a new US contract for Raytheon Missiles, to make missiles to kill people. Raytheon also has a factory on the Navajo commercial farm, NAPI, making missile parts. That was one of the censored issues by Indian Country Today before I was terminated without cause in 2006 and then began Censored News as a result. ICT editors forbid me to even investigate the fact that Raytheon Missiles has a production plant on the same land that the Navajo Nation grows potatoes for commercial potato chips and other foods.

Thank you to the US veterans who are organizing at Veterans for Peace today, to march against US war tomorrow in Veterans Day parades, and against the media and politicians who deceive others about those bogus wars, resulting in large numbers of suicides in the US military.
at November 11, 2012 No comments:

By Earth Peoples
http://earthpeoples.org/blog/?p=2692
Thank you for sharing with Censored News!

Pirakuman Yawalapiti, Alto Xingu, Brazil (Photo © Rebecca Sommer)
Do you know that a tornado passed through my village? The wind destroyed 4 houses in the village. It broke all the trees that were around our village. A woman broke her leg, a guy almost broke his leg but thank god it wasn’t that serious. Lost quite a few things that were outside the home, aluminum pots, bowls, and other useful materials, they were taken by the wind. So I’m here in Sao Paulo to see if I can find and take something for those who lost their belongings. I lost my mini DV camcorder, and will see if it can be fixed. I think it will be expensive to repair it.
Folks, here in Brazil is a fight going on between indigenous peoples and the white; yesterday I received news of the Kaiabi people, they’re in trouble with the invasion of miners. The Indigenous Kaiabi tried to defend themselves, but the Federal Police shot at them, and killed one of the Indigenous, another one is hospitalized in Cuiabá.
The Police is killing Indigenous Peoples.
It is very sad and I am very outraged with this news. The Dilma government is not good for us Indigenous Peoples. The Dilma government is ending/finishing-off with Nature.
hug
Pirakuman

In his tour to raise awareness about the human rights situation of the Indigenous Peoples of Brazil, Uilton Tuxá is going on behalf of APIB (National Articulation of the Indigenous People of Brazil) next week to the United Nations in Geneva, to meet with the OHCHR and submit documents that will inform the UN system about a variety of current human rights violations against Indigenous Peoples that live in Brazil.
Earth Peoples will join him = we will translate and post the human rights violation documents on this site.
Last week, Uilton Tuxá, the Chief of the Tuxá people, who is also the elected Leader of APOINME (the Indigenous Peoples Organizations of the Northeast, Minas Gerais and Espirito Santo) participated at the Protest Action in front of the Brandenburger Tor in Berlin, that was held in solidarity with the devastating situation of the Guarani Kaiowa (They are landless, many are living along roadsides, pushed into poverty, prostitution, hunger and collective suicides.)
To read more about the Guarani, CLICK HERE
Facilitated by Berlin based group Action for World Solidarity (ASW) the indigenous APIB representative met with various German governmental officials, such as Gudrun Kopp, the Parliamentary State Secretary at the Federal Ministry for Economic Cooperation and Development, (Parlamentarische Staatssekretärin beim Bundesministerium für wirtschaftliche Zusammenarbeit und Entwicklung) and Pascal Kober, the member of the german Bundestag and member of the Committee on Human Rights and Humanitarian Aid (Ordentliches Mitglied im Ausschuss für Menschenrechte und humanitäre Hilfe).
Tuxá was also invited by the Green Party to speak at the Latin American Conference that took place in the German Bundestag, where he informed the attentive audience about the reality that indigenous peoples in Brazil endure, and their demand for international support.
He also met German based Foundations such as the Heinrich Böll Stiftung, Rosa Luxemburg Stiftung, and Aid organizations such as Brot fürdie Welt and Misereor.
Facilitated by Earth Peoples and INCOMINDIOS, a human rights organization with ECOSOC status to the United Nations, with it’s offices in Zürich, Bern and Geneva, Uilton Tuxá will also meet various human rights defender groups and the Swiss Fund, that supports Indigenous participation at UN meetings in Switzerland, before he returns to Brazil.
at November 11, 2012 No comments: 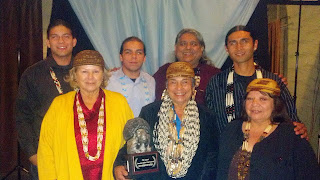 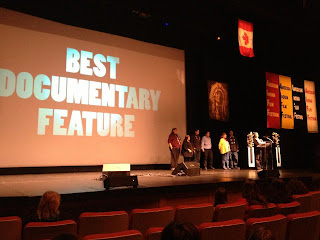