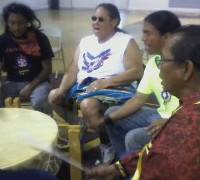 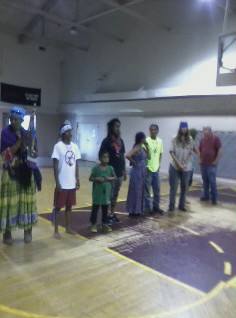 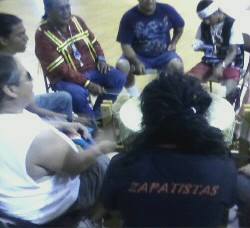 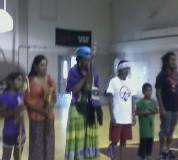 "Day 28 - interesting day on Richmond, Indiana. Had a Pipe Ceremony by the Courthouse and a few people walked with us from there. Having a feast at the Townsend Center in a bit. We are hoping to go to the place where St. Clair, leading the first standing US army in 1791 got crushed which is nearby tomorrow after walking. Thank you to Mary and Jean for hosting us." -- Michael Lane, Long Walk 4 Return to Alcatrazwww.returntoalcatraz.com 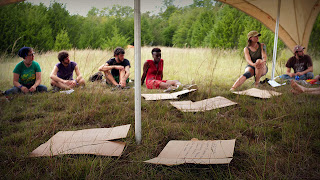 Photos by Laura Borealis/Tar Sand BlockadeAccording to documents obtained by Earth Island Journal, investigators from the Bryan County
Sherriff's Department had been spying on a Great Plains Tar Sands Resistance training camp
that took place from March 18 to March 22 and which brought together local landowners,
Indigenous communities, and environmental groups opposed to the pipeline.

TransCanada and Department of Homeland Security keep close eye on activists, FOIA documents reveal After a week of careful planning, environmentalists attending a tar sands resistance action camp in Oklahoma thought they had the element of surprise — but they would soon learn that their moves were being closely watched by law enforcement officials and TransCanada, the very company they were targeting.

On the morning of March 22 activists had planned to block the gates at the company’s strategic oil reserves in Cushing, Oklahoma as part of the larger protest movement against TransCanada’s tar sands pipeline. But when they showed up in the early morning hours and began unloading equipment from their vehicles they were confronted by police officers. Stefan Warner, an organizer with Great Plains Tar Sands Resistance, says some of the vehicles en route to the protest site were pulled over even before they had reached Cushing. He estimates that roughly 50 people would have participated— either risking arrest or providing support. The act of nonviolent civil disobedience, weeks in the planning, was called off.
Read more:
http://www.earthisland.org/journal/index.php/elist/eListRead/undercover_agents_infiltrated_tar_sands_resistance_camp_to_break_up_planned