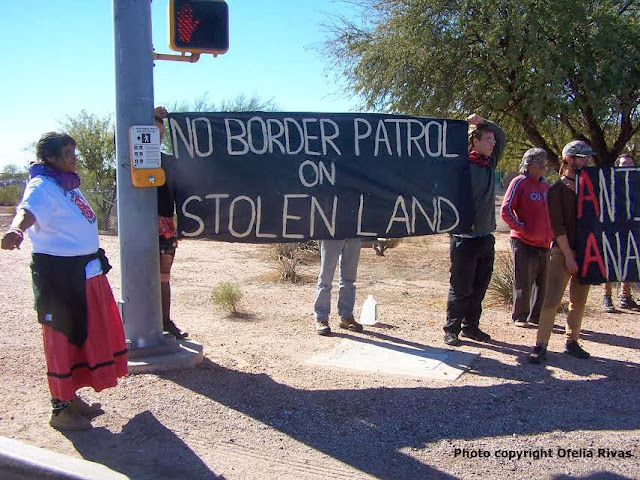 "On Thursday, November 28th, 2013, a group of people made up by members of the Tohono O'odham Nation, the Anti-Colonial Anarchist Bloc, and various Tucson community members in solidarity with those resisting ongoing colonisation on stolen Native land, gathered in front of the gates to the Border Patrol headquarters at Golf Links and Swan in Tucson. 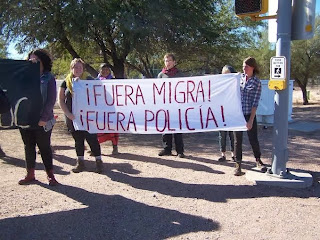 They carried banners and signs and spoke passionately about their reasons for skipping "thanksgiving" celebrations in order to draw attention to the ways that colonisation is being perpetuated by institutions such as U.S. Border Patrol, the Department of Homeland Security, Tucson Police, the University of Arizona, the mayor and council of Flagstaff, and the Arizona Department of Transportation.

Ofelia Rivas, a grandmother from the O'odham Nation, welcomed the group in her traditional language and spoke to the ways that she has experienced harassment and abuse from U.S. Border Patrol occupying her Nation's lands. She described the ways that the checkpoints on the Nation, and the activity of the Border Patrol agents, make it impossible for O'odham people to participate in traditional ceremonies, and how this disrupts traditional culture.

She spoke about how the demanding of proof of "american citizenship", to people who sometimes do not not have birth documents, systematically disrupts the freedom of O'odham people. She described scenarios in which O'odham people had been held at gunpoint by Border Patrol officers. And as she spoke, a bus packed with people being detained by Border Patrol drove through the gates. Some of the protesters cried, some waved, some booed the agency and its atrocities, while a large banner advocating "¡Fuera Migra! ¡Fuera Policía!" was held up for people on the bus to see, who waved and watched as they were taken away. 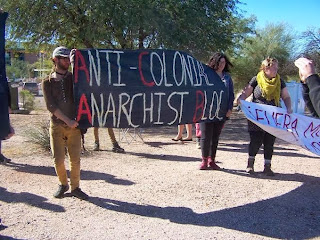 Chants to "End U.S. Imperialism!", to get "Off O'odham lands!", saying "No Thanks For Genocide!", and to take down the border were heard by people in their cars at the busy intersection, likely traveling on the holiday to visit family and celebrate what protesters called "a distraction from genocidal violence that is ongoing." A banner that loudly pronounced "NO BORDER PATROL ON STOLEN LAND" was held high. A list of demands was read, including that Border Patrol immediately leave Tohono O'odham lands and deconstruct all surveillance equipment on those lands, and that they close down ALL Border Patrol checkpoints, especially those on O'Odham lands.

The protest ended with a closing from Ofelia Rivas, and a promise from the group that they will continue to demand accountability and an end to ongoing colonialism long after the distraction of "thanksgiving" is replaced by another one."

To the compañeras and compañeros of the Sixth:
To Whom it May Concern:
From: Subcomandante Insurgente Moisés.
Past, present, and future compas:

We send you our greetings. Once again we are informing you that we are doing a second and third round of the first grade of the Zapatista Little School, even though we only barely managed to cover our costs the first round, and this thanks to the fact that someone gave more to cover our compañeras and compañeros from near and far. That’s how we took care of the costs that couldn’t be covered by what had been collected in the donation jar.
Read more »
at November 29, 2013 No comments: 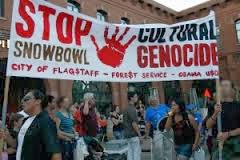 Why: The mountain, water, and all life forms are precious. We will keeping standing for human rights and environmental justice until they STOP making snow with treated sewage effluent.
Come stand together against Snowbowel's dirty snow!

Where: TWO LOCATIONS - At Flagstaff City Hall Lawn (corner of Rt 66 and N. Humprhey's St.), at the corner of Hwy 180 and Snowbowl Rd.

Arizona Snowbowl is readying to open it's ski slopes this coming Friday, Nov. 29. This will be the second year Snowbowl employs guns to spray reclaimed wastewater snow onto ski runs, a practice which; is illegal according to State Law (R18-9-704), is dangerous to human health, will negatively affect alpine flora and fauna, and is an affront to many Indigenous Peoples who hold the mountain sacred.

Water, be it potable or reclaimed, is precious in this desert region and should not be wasted for a water intensive recreational sport, especially when considering that the Colorado River is reputed as the "most endangered waterway", the lifeline for millions of residents in the Southwest region. We can work to stop climate change, but it is foolish to attempt to override it through the creation of artificial snow.

Currently, Flagstaff taxpayers are subsidizing Snowbowl's reclaimed wastewater use for dirty snow. The cost to produce reclaimed wastewater is ($1.94/1,000gal), yet it is sold to Snowbowl for a meager ($ .96/1,000gal), potable water users make up the dollar difference. City officials acknowledge that reclaimed wastewater may contain antibiotic resistant bacteria and pharmaceuticals, but have no timeline for testing and mitigating these issues. It is illegal to ingest reclaimed wastewater through the eyes, mouth, ears or skin due to its fecal coliform and chemical content. In spite of this, state agencies are turning a blind eye to these facts when considering matters with Snowbowl and are therefore putting thousands of skiers and families at risk.

Over thirteen Indigenous Nations have expressed overwhelming opposition to the use of reclaimed wastewater on the San Fransisco Peaks, citing the damage it will do to medicinal plants, animals, culture, and the sanctity of this sacred site.  The Forest Service, City of Flagstaff, and Arizona Department of Environmental Quality have all colluded to push snowmaking through and to ignore any voice against such action. And still the disgusting reality of Snowbowl's actions are washed away by media outlets, eager to rake in revenues from Snowbowl advertisements.

That's why we will keep raising our voices. Join us to oppose human rights abuses, the desecration of sacred sites, environmental degradation, and the flagrant abuse of our water resources. 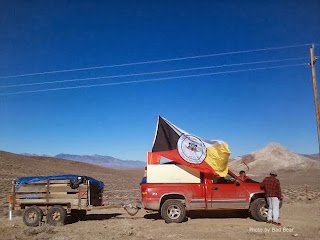 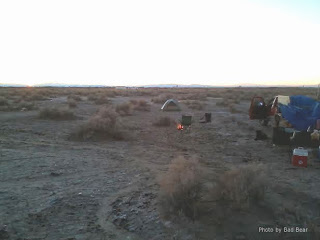 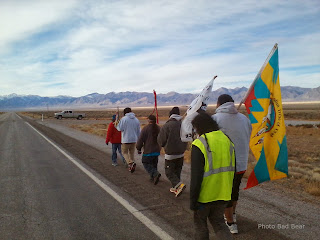 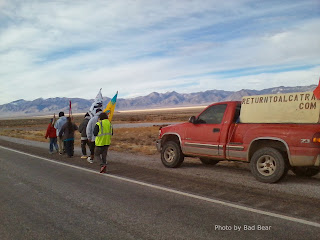 YOMBA SHOSHONE LAND -- The Longest Walk 4 Return to Alcatraz is now in its final and fifth month on the long walk from DC and the east coast and will arrive in Alcatraz on Dec. 21, with a ceremony on Dec. 22, 2013.
Michael Lane, Longest Walk 4 said on Thursday, "Day 137 - Here we are on the Yomba Reservation in the Western Shoshone Nation. Thank you to Johnny Bob and his family, Rozina, Buck and all those that have walked with us the last couple weeks. Will be getting the van going again after the alternator went out yesterday in Austin. 22 miles to cover today and we will be camping by Alpine Road on Hwy 50, with canned beans for dinner tonight. Tomorrow our Walker from the Zapotec Nation will be running 40 miles to Sand Mountain. In Fallon on Saturday, hosted by the Fallon Paiute-Shoshone Tribe. Remember to give thanks for Indigenous Sovereignty and all that entails. It does not come from the nation-states but from the Land, and the original instructions given to us. Just saying. Have fun today."