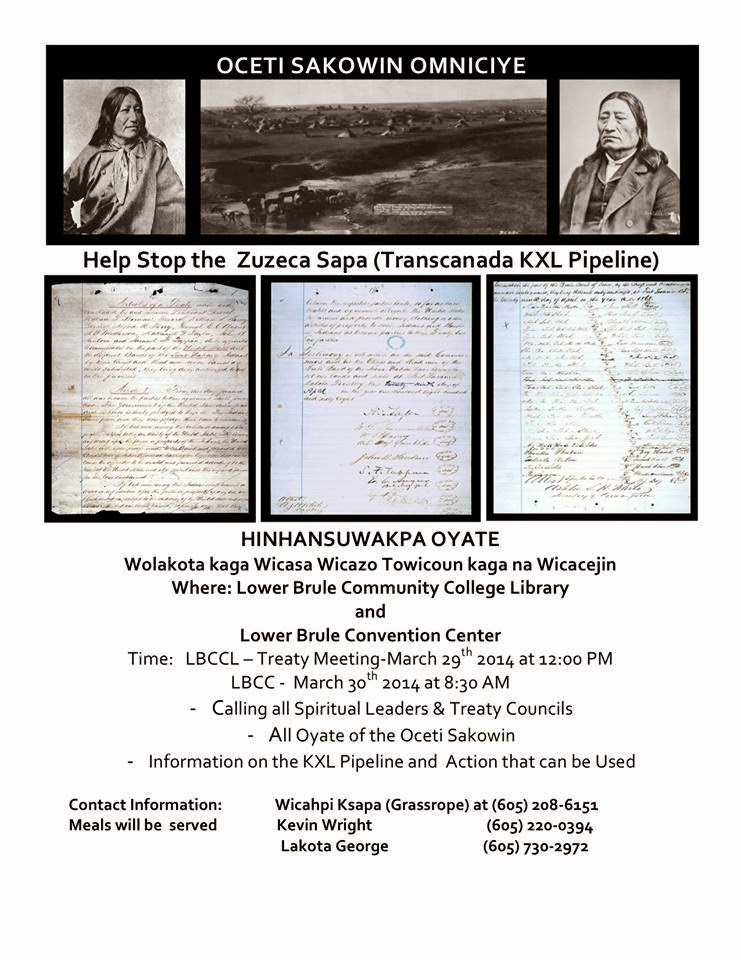 The construction of the Transcanada’s 7 billion dollar northern leg of the KXL tarsands pipeline is dependent on a 43 million dollar Big Bend Damn electric power project planned by Basin Electric, called the Lower Brule substation.  The Big Bend Damn is on the Missouri River at Lower Brule Sioux Tribe Reservation in South Dakota.  Transcanada cannot operate the KXL tarsands pipeline without the electricity generated on the territory of the Kul Wicasa Oyate (Lower Brule Sioux Tribe).  The attached press release provides details of the situation, including research on Transcanada's needs for electrical power, and the opposition to it being organized by the people of the Lakota Nation.  All of this is done in preparation for an educational and organizational meeting to be held on March 30, 2014 at Lower Brule.