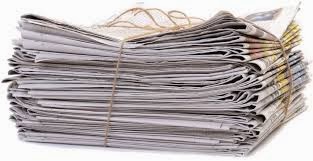 Here's some of the strategies used by the media to keep poisoning the earth, either to appease their advertisers, or because of their personal prejudices.
(1) Distraction: Focus on safe and easy issues that are not controversial, including those that take up a lot of time.
(2) One-sided PR spin, such as in the statement of Tex Hall on indianz.com and the pro oil and gas 'news' article on Navajo Times.
(3) Reporters refuse to be present on news stories, either out of their own laziness because they rewrite the web and post links from their homes, as in the case of most reporters at Indian Country Today, or because their publishers will not pay the expenses, or both. The result is a lack of facts for readers and profiteering for armchair reporters who never leave their homes. They make their money by plagiarizing, or rewriting, the hard work of reporters and unpaid activists.
(4) The Power of Pressure: Political control by local power mongers, politicians, money men or because of bullies in the news room.
(5) Corruption and deception at the top: Editors who maintain their positions in less than honorable ways.

Brenda Norrell has been a news reporter in Indian country for 32 years. During the 18 years that she lived on the Navajo Nation, she was a reporter first for Navajo Times, then a stringer for AP and USA Today. After serving as a longtime staff reporter for Indian Country Today, she was censored, then terminated, in 2006. She began Censored News as a result, now in its 8th year with no advertising and 3 million pageviews.
Posted by Censored News, publisher Brenda Norrell at March 14, 2014