Tulalip and Northwest tribes 'Hell No to Coal' 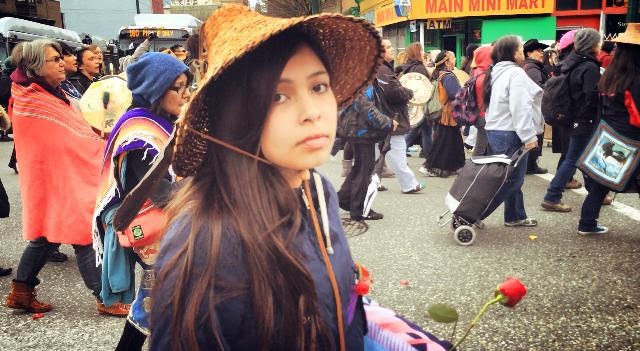 My daughter Kayah and I join our families and tribal nations in opposing coal terminals.  We hope you will join us. The Tulalip Tribes has joined other Northwest tribes in saying, "Hell No to Coal". Please spread the word to OPPOSE any such devastating action against our lands and waters. Affiliated Tribes of Northwest Indians, representing 57 Northwest tribes declares, "Fossil fuels should not be transported through the Pacific Northwest and exported out of ports in Washington and Oregon."The transport of coal, via coal trains, to these terminals would have a negative social and environmental impact on Tulalip as well as others in our region. News received this morning from our friend Steve Robinson (which is partly why we are writing this post) states, "Gateway Pacific, the giant export terminal north of Bellingham, took a major step forward Thursday as developers agreed to a $7.2 million contract for an environmental study on what would become Washington’s first coal-export terminal." We need to STOP this DESTRUCTION. We don't need another study.  We need to open our eyes.  We already know the results. You can help by 1). Educating yourself  & others on this issue 2). Reposting information 3). Rallying against coal exports. ʔut̕igʷicid čəɬ dxʷʔal tiʔəʔ sləx̌il.t̕igʷicid,tsi-cy-altsa & halthleahDeborah Parker & Kayah George (15)
at March 26, 2014