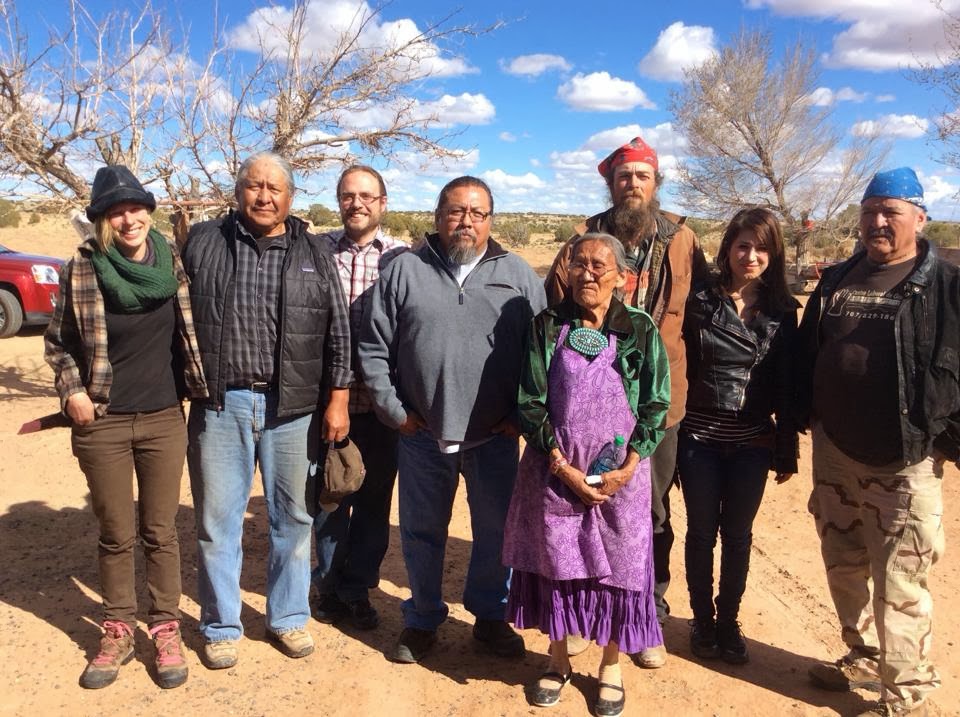 March 8, 2014 Mosquito Spring, Big Mountain – Four major meetings since last fall and which were held throughout the Big Mountain Dineh resistance communities has brought forth the return of the original Dineh voice for the protection of the sacred relationships between humans and the eco-systems as well as the many sacred sites on Black Mesa. Big Mountain region is situated in the heart of the Black Mesa geography. Big Mountain lands were partitioned and all Dineh within the partitioned areas were to have been vacated in 1986 and in the final attempt of 2000. 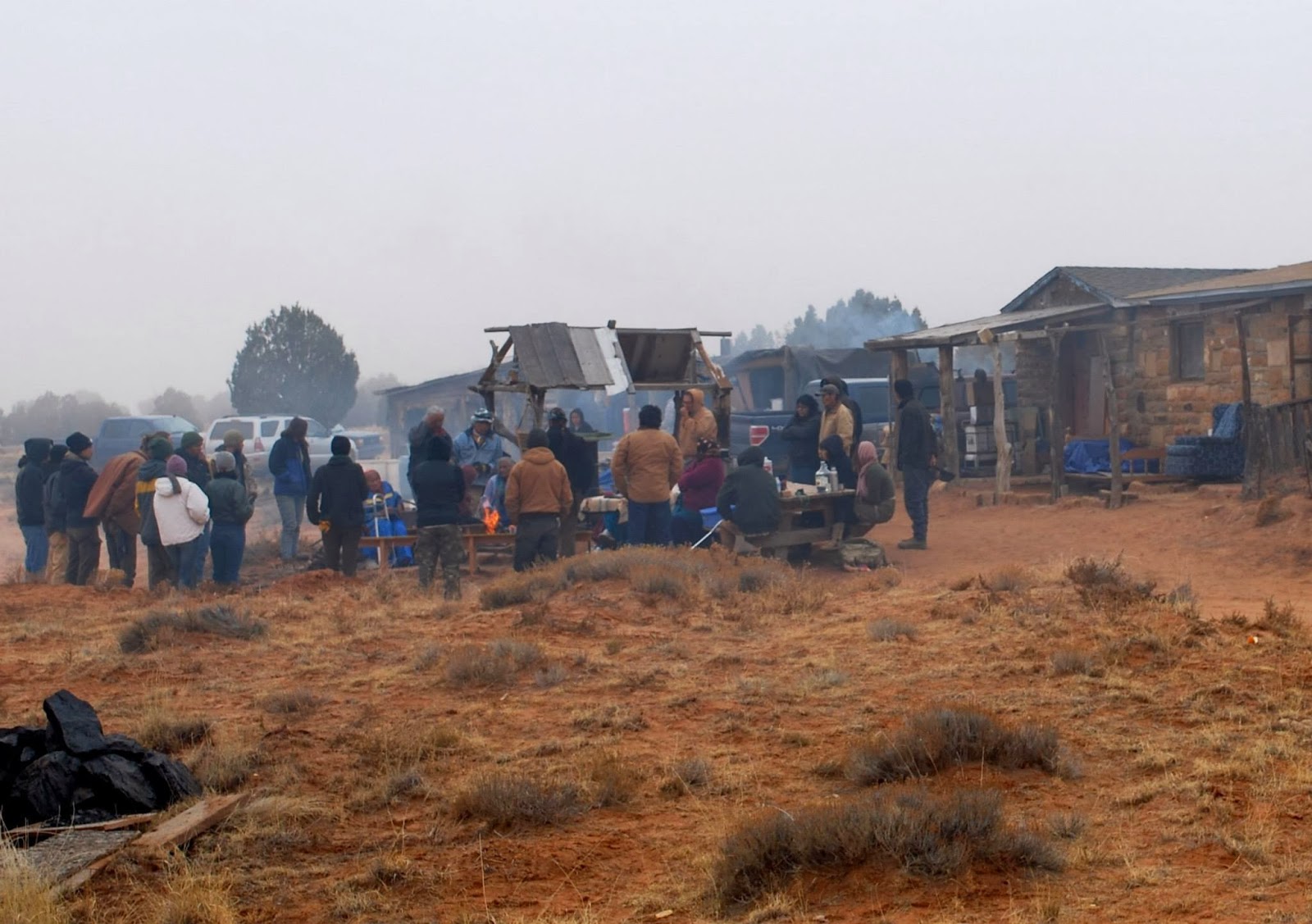 Today, a few of the remaining Dineh elders still defy the daily federal reminders to vacate instead they continue steadfastly with their position to maintain the livestock herds and eco-consciously utilize the natural resources just as their ancestors have done. These matriarchs and elder men have endured greatly, an experience that many in the social and environmental movements have failed to see, like how these Big Mountain elders are under surveillance on a weekly basis or how they get letters for the BIA Hopi land Office with threats of regulating their Dineh existence.

Today, a lot of the outside support for this Dineh spirit of physical resistance comes from mostly non-Native volunteer supporters, not from non-profit environmental or Native American rights entities. Volunteers assist with livestock and crop field care, and with hauling of water and firewood. These Dineh elders and their small but brave extended family members continue their livelihood in this manner despite the federal government’s Congressional Act to exterminate the Big Mountain culture in the name of coal and water extraction. However, this Dineh’s struggle for liberation has been shoved aside from all the alternative media and indigenous environmental consciousness because it has been mislabeled as controversial mainly due to the question of Hopi political interest and as in a way the U.S. judicial system made it out to be.

One year ago, a letter to the Special Rapporteur on the Rights of Indigenous Peoples, Mr. James Anaya, was submitted so that Big Mountain elder resisters’ international cry would at least be heard again at the United Nations level. Our submission appear to have been rejected and this only show that our struggle for survival at Big Mountain on Black Mesa does not meet the criteria of civilized and legal ramification of states and its institutions. Furthermore, it only show how certain land and culturally based societies are excluded in world forums and that we are left to our own resources and capabilities just as our ancestors were denied recognition.

Currently, the voices of these Dineh matriarchs are now putting forth a stronger message to all indigenous peoples and to the world that, land based societies and national grass-roots movements need to take immediate and more serious approaches to confront the global madness of desecration of the natural elements in our planet’s biosphere and hydrosphere. In these recent four major gatherings of Dineh elders, extended families and their allies from outside and from various diverse communities and organizations, it has been reaffirmed what the true state of the U.S. is, Peabody coal company is definitely affiliated to federal land-partitioning laws of 1974 and most of America have no empathy for voices of human values or life and that, the destruction of the Dineh and Hopi cultural lands is only necessary for the addiction to electrical power and fossil fuel consumption. If nothing is done to confront these industrial and capitalist atrocities, the small percentage of that pure natural nourishment from the earth and its waters will be gone in our life time and perhaps, those horrific fulfilments of ancient prophecies may commence.

“There were never any true rights provided to us artificially by states or governments where we had ‘rights’ to be understood or be heard. No ‘rights’ were ever provided for us that address our absolute religious being and our absolute relationships with our natural environments. If we had allowed ourselves to be misled or are still being misled all these years by forums established by the state to address the peoples’ concern, then that has neither shown clear results or there are still those few peoples’ advocates that chose the privilege to play the role and be comforted. Being land and culturally based is different since we know we cannot rely on laws of the system, but we have been happier with our own deep wits and pride to rely on direct actions.”
at March 10, 2014