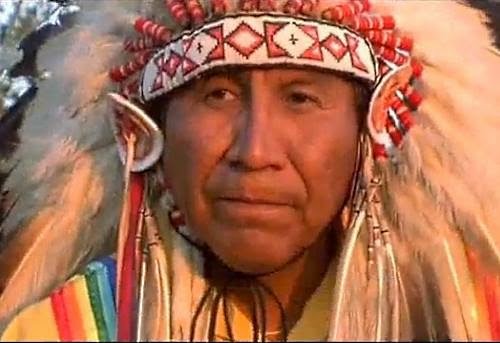 In the past the Welcome Back the Wakiya Oyate - Thunder Ceremony has always been done on March 21st, but because there is an International effort to respect the Mini wic’oni – the Water of Life – it was decided to unite our prayers and our energy, and to hold the event on March 22nd, on United Nations World Water Day.

In the history of our People, this is the time to do our ceremony to Welcome Back the Thunders. This ceremony for our Nation – The Buffalo Oyate (Lakota, Dakota, Nakota), has always taken place in the Heart Of Mother Earth – The Sacred Black Hills at Harney Peak, South Dakota. Russell Eagle Bear and Ben Rodd have been in the forefront for organizing this important ceremony for a long time. Each year many school bus loads of children, along with Elders and the People make this pilgrimage to offer prayers on top of Harney Peak.

As the Keeper of the Sacred Bundle, I would also like to acknowledge the importance of the Sunka Wakan Oyate – the Horse Nation. When I was taught the teachings and history of the Bundle, the Elders told me that the Horse Ceremony came along with the original teachings - 19 generations ago. We pray to the West, the Horse Nation, who attends to this direction in order to bring rain. The main medicine of the rain brings life, health and well being, this is why water is called Mini wic’oni – Water of Life.

Today the Horse Nation is being dismissed as having no worth any longer in this Society. There is no-where for them roam free and in places were they feel they have worth along with humans, they are being dismissed and replaced. Along with the Buffalo, they have been massacred, with no respect for their spiritual energy they give to this turtle island. If the assault of the Horse Nation is allowed to continue: this disrespect can affect the blessings from the Wakiya Oyate.

Today we are faced with many global challenges that affect the Mini Wic’oni in order for its medicine to be pure. We are at the time where these challenges can affect the survival of the generations to come; we need to pay attention.

I humbly ask People of All Nations to open your hearts and minds to this important information of how all things are connected. The future generations and all life upon Mother Earth depend on you to offer your thoughts and prayers on this day with us. I will be in Grandmother Country (Canada) spreading this important information and joining all who hold these issues sacred.
In a Sacred Hoop of Life, where there is no ending and no beginning! Ana-h’opta po
Hear my words!


Thank you to Raven Redbone and Make No Bones about It for sharing these words
http://ravenredbone.wordpress.com/2014/03/18/please-share-to-get-much-participation-to-bring-about-awareness/
Print and share the beautiful poster to help the horses:
http://www.equiculture.org/SharedFiles/Download.aspx?pageid=154&mid=276&fileid=520
at March 17, 2014 2 comments:

Dine' and Hopi to Peabody Coal: Stop the abuse of Black Mesa remains and artifacts 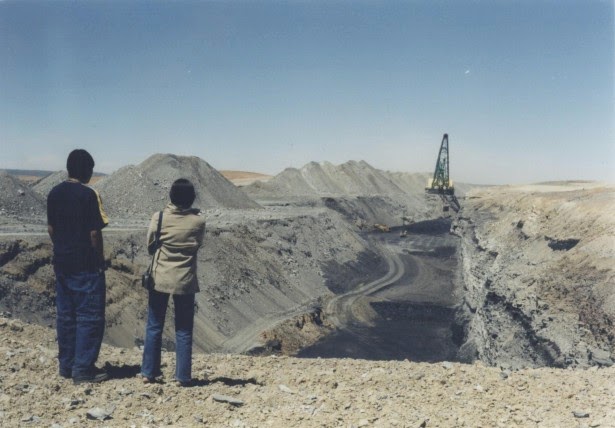 Today the remains and artifacts are in infested areas, and looted. Scattered at universities, this could be the source of the auctions of sacred items in Paris.

Black Mesa Archaeology Project was a field excavation paid for by Peabody Energy to colleges, who operated a project to remove more than 1.3 million artifacts, and approximately 250 or more human burials.

Prescott College held the archaeology removed from the Kayenta-Black Mesa Mining area, and went bankrupt in the late 1970’s. The BMAP archaeologist team managed to separate and scatter the collection to several universities, including Southern Illinois University at Carbondale, and University Nevada Las Vegas. Coincidentally, an hour away from Peabody Headquarters in St. Louis, and in the arms of Las Vegas Department of Water and Power, all customers from the coal-fired Navajo Generating Station at Kayenta power conglomerate.

In a series of FOIA’s it was discovered that Peabody has withheld a 2002 Army Corps of Engineers Inspection of the collection which revealed paltry conditions like rat and spider infestations, scattered artifacts among various colleges and museums and most certainly two-break ins of which unknown quantities of archaeology disappeared which may indeed be connected to well known auctions in France and oversees. In fact one of the Auctioneers is a member of the Black Mesa Archaeology Project reunion group found on Facebook, who is also a Discovery Channel entrepreneur. This group has admitted touring the reservation sites, without Tribal escort, with members loosely discussing looting type language in their interpersonal communications. Sixth Graders were allowed to handle and relabel remains.

This report is surfacing as Dine’h Hopi Partitioned Land impacted residents are petitioning Peabody for a meeting with Brian Dunfee, environmental services coordinator, who had promised he would meet with residents in a recording we have provided. Mr. Dunfee has responded by referring them to the CRUM process, for which Indigenous Action Media provides a recording that they clearly eliminate BMAP from the CRUM 2019 process. While Peabody promises they will return at any time, they refer to the Navajo Tribe for an agreement for curation that has been struck without any formal notification to the Black Mesa residents who worked the project, or live in the mining area.

We encourage everyone to connect with the Black Mesa Group of their choice, and ask how to assist them in their plea to request the return of their ancestors for reburial and self curation projects. 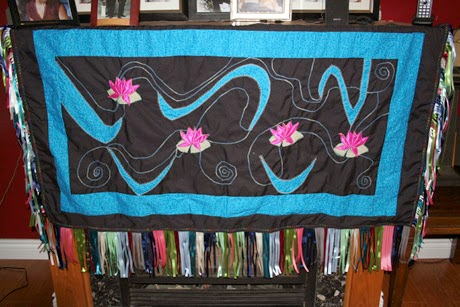 http://www.trentu.ca/academic/nativestudies/womenssymposium.htm
at March 17, 2014 No comments:

Mohawk Nation News
MNN. Mar. 17, 2014. Crimeans voted 97.5% for unification with the motherland in a record turnout, only 1.7% against. US President Obama yells, “It’s illegal!” Czar Alexander III died at the summer palace in Livadia in Crimea Russia on October 20, 1894. Obama signed an executive orders to seize assets of any person or entity that criticizes the criminal coup he helped pull off in the Ukraine.   Obama executive order to punish critics.
Read more »
at March 17, 2014 No comments: