SACRAMENTO, Calif. -- Hundreds of members of California Indian Nations and Tribes from throughout the country gathered with a crowd of over 4000 people at the State Capitol in Sacramento on March 15 to send a clear message to Governor Brown: ban fracking, an environmentally destructive oil extraction practice that pollutes groundwater, rivers and the oceans.
The large Tribal contingent included members of the Miwok, Maidu, Winnemem Wintu, Yurok, Karuk, Hoopa Valley, Ohlone, Pit River, Cahto, Round Valley, Pomo, Tule River and Chumash Nations and other Tribes from throughout the state, as well as members of the Dakota, Lakota Sioux, indigenous communities, native organizations and activists in the Idle No More Movement and Klamath Justice Coalitions. Many Tribal representatives emphasized the direct connection between fracking and the Shasta Dam raise and the Governor’s peripheral tunnels plan, which will provide water for fracking.
“We should call the Governor ‘Westlands' Brown,” quipped Chook Chook Hillman, a member of the Karuk Tribe and the Klamath Justice Coalition that has organized many direct action protests to remove the Klamath dams, halt the violation of tribal gathering rights under the Marine Life Protection Act (MLPA) Initiative to create so-called “marine protected areas,” and to stop the Westlands Water District legal attempt to raid Trinity River water. 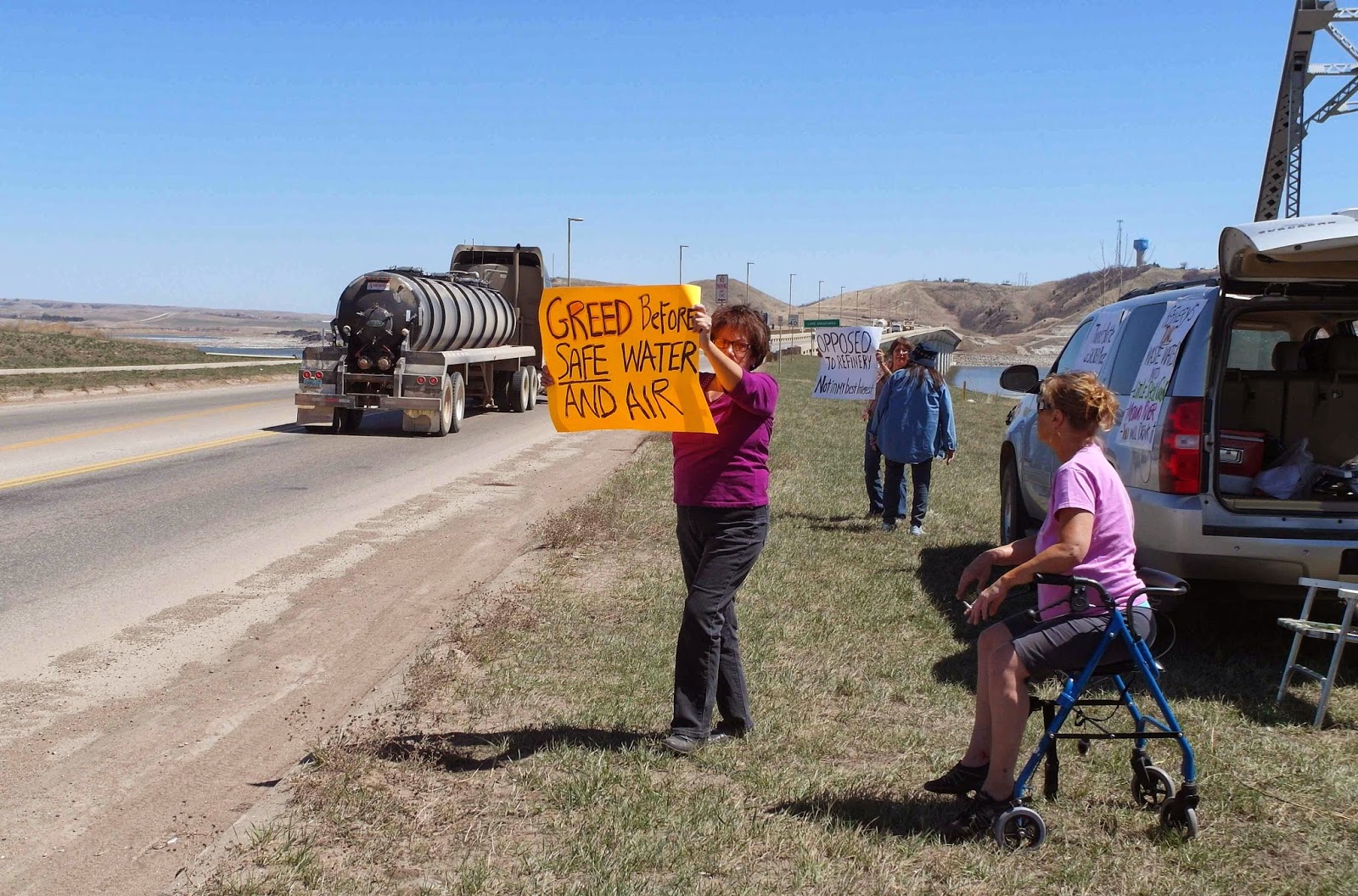 The firm Dentons that the Three Affiliated Tribes hired to do an "independent investigation" of Chairman Tex Hall and the alleged oilfield corruption is actually a lobbyist for the Bakken oil and gas industry. The push for the probe comes as a murder investigation continues into one of Hall's business partners in the oil and gas industry. A second partner is missing.

Dentons, the 'independent investigator' of Tex Hall and oil field corruption is not only a Bakken oil and gas lobbyist, but Dentons was also responsible for removing a YouTube satire of the tarsands in Alberta: http://www.isidewith.com/news/article/law-firm-behind-removal-of-youtube-tar-sands-satire-fundraiser-t
Meanwhile, investigators are probing the murder of a business associate of Tex Hall in Washington state, Douglas Carlile, 63, of Spokane, and the disappearance of another business associate in North Dakota, KC Clark. At the same time, investigators say an informant said Hall was also targeted for murder.

Investigators are probing a string of businesses that Tex Hall and business associate James Henrikson, now in police custody, were involved with in the oil and gas industry on land of the Three Affiliated Tribes, also known as Fort Berthold.
A resolution states that Hall allegedly profited from a tribal payment for more than $588,000 for road watering work to one of the companies, Blackstone Oil Field Services.
Meanwhile, Chairman Hall created his own personal company, Maheshu Energy, to financially benefit from the oil and gas industry on tribal land. While tribal members struggled to protect the environment, Hall pushed for oil and gas leasing on tribal land and argued before a Congressional committee in favor of fracking.
Besides widespread devastation to the land, air and water, the Three Affiliated Tribes became infested with crime as a result of the ‘man camps’ of oil and gas workers.

In the news:
Former North Dakota Attorney General found dead Sunday:
http://www.inforum.com/event/article/id/429579/
Spokane Review: North Dakota chairman and murder for hire suspect linked
"The chairman of the Three Affiliated Tribes – the Mandan, Hidatsa and Arikara Nation – is linked in court documents to James T. Henrikson, 34, who is suspected of hiring another man to kill Doug Carlile, a business associate in Spokane. Henrikson has been charged with being a felon in possession of a firearm." Read article:
http://www.spokesman.com/stories/2014/feb/14/nd-tribal-chairman-suspect-in-murder-for-hire/