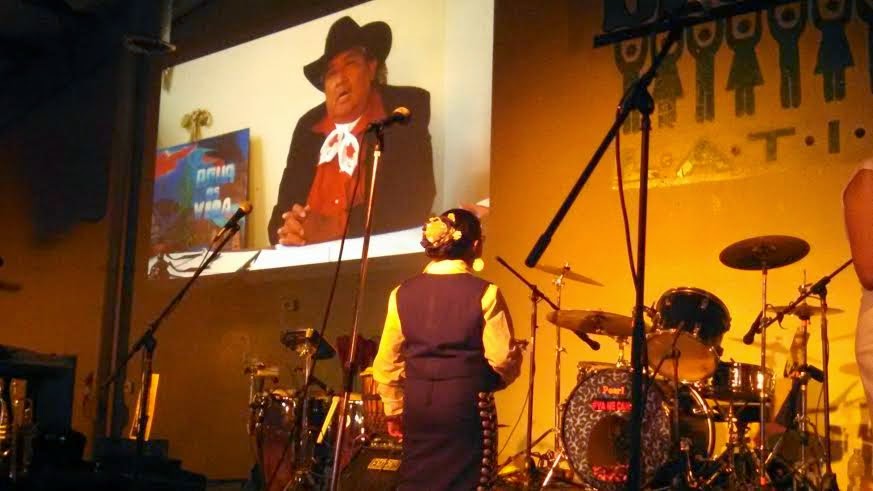 Matus, director of Indigenous Alliance without Borders, has spent 40 years traveling to Yaqui communities in Sonora, Mexico, to bring Yaqui ceremonial leaders to southern Arizona for temporary stays to continue the ceremonies. For decades, Matus has battled difficult border crossings to ensure the continuance of Yaqui ceremonies.
In 1995, Matus was part of an Indigenous delegation to Chiapas to support the Zapatistas. The Indigenous delegation of Yaqui, Tohono O’odham, Dakota, and Hopi-Navajo, were human rights shields at a time when the Mexican military was assassinating Zapatistas in the mountain highlands near Oventic.
During his years of service, Matus organized human rights panels to expose the US Border Patrol targeting people of color on the border, and pressed the United Nations to take action to defend Indigenous Peoples living in their territories in what today is known as the US Mexico border.
Matus traveled to Bolivia in 2010 for the Protection of Mother Earth Conference hosted by President Evo Morales.

Speaking on the border hysteria and human rights abuses, Matus told Censored News, “The wall itself is a lethal weapon that the US government is using to kill thousands of undocumented crossers.”
Matus said the border wall is destroying the environment, sacred sites and the connection between relatives in Mexico and the United States.
“Now they are destroying and dividing the Tewa and Kumeyaay ceremonial grounds,” he said of the Tewa in the region of El Paso, Texas, and Kumeyaay, in California and Baja, Mexico.“We are all terrorists as far as they are concerned. They put us through all these obstacles as we try to cross that border," Matus said.


Listen to an interview by Censored News with Matus in 2013: http://www.blogtalkradio.com/brenda-norrell/2009/03/18/border-radio-jose-matus

Through the years, Matus has exemplified himself by his courage, determination and perseverance.