Photos March to Protect the Peaks 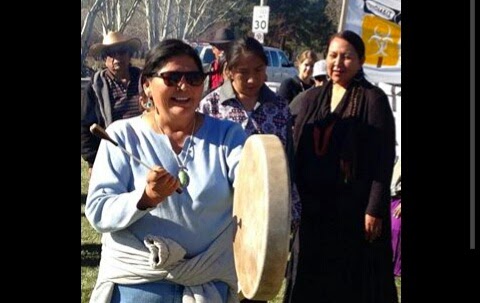 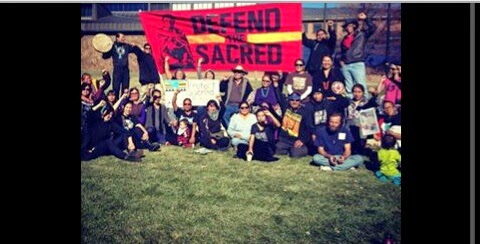 US, Canada and Ukraine vote against Russia’s anti-Nazism resolution at UN

US, Canada & Ukraine vote against Russia’s anti-Nazism resolution at UN

Reuters / Mike Segar
Tags
Canada, Hate crimes, Russia, UN, USA,Ukraine
UN General Assembly’s Third Committee passed a Russia-proposed resolution condemning attempts to glorify Nazism ideology and denial of German Nazi war crimes. The US, Canada and Ukraine were the only countries to vote against it.
The resolution was passed on Friday by the committee, which is tasked with tackling social and humanitarian issues and human rights abuses, by 115 votes against three, with 55 nations abstaining, Tass news agency reported.
Read article at RT
http://rt.com/news/207899-un-anti-nazism-resolution/
at November 28, 2014 1 comment:

VANCOUVER — Kinder Morgan has stopped drilling on Burnaby Mountain and will move out its equipment beginning today, a company spokeswoman said Friday.
An application by Kinder Morgan to extend an injunction keeping protesters away from two drilling sites for its proposed oil pipeline was rejected by the B.C. Supreme Court on Thursday. It means the site must be cleared of excavation work by Dec. 1., the date when the injunction is set to expire. Read more at Vancouver Sun:
http://www.vancouversun.com/news/Kinder+Morgan+stops+drilling+begins+moving+equipment+from/10423297/story.html#ixzz3KOX0kRfj
. 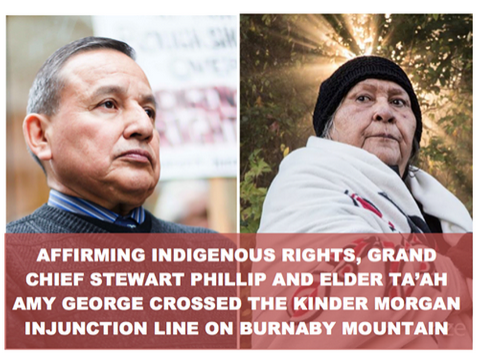 
In crossing the police line, Grand Chief Stewart Phillip said, “I am willing to stand up to Kinder Morgan and be arrested for the future of my grandchildren.”

Tsleil-Waututh Elder Ta’ah Amy George, daughter of Chief Dan George, also crossed the police line. “My people have been fighting for this inlet since contact. In 2014 we're still fighting for this inlet. And we're not just doing this for our future generations, but we're doing this for all peoples future generations, even for Kinder Morgan's," George said. Just before she crossed the police line, George offered the challenge to everyone to “Warrior Up!” and a take stand.

For updates on the situation: https://www.facebook.com/burnabymountain
Below: Friday, Nov. 28, 2014 noon 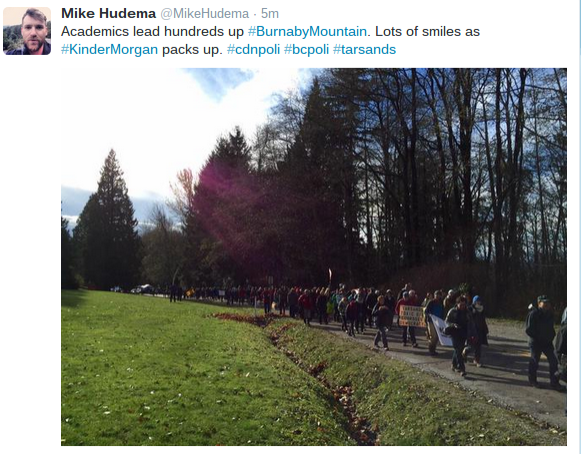 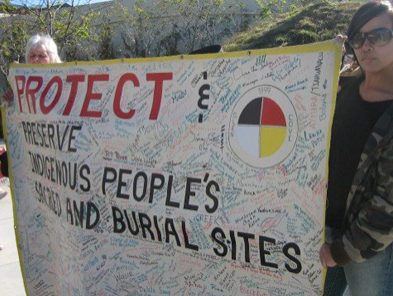 Please join us for the 15th anniversary of our annual protest. In 1999, the City of Emerryville built the Mall that now sits on the corner of Shellmound St and Ohlone Way. This was once a Ohlone village site and it is one of the largest Shellmounds in the Bay Area. The sacred Shellmound once stood over 60ft high and 350 ft in diameter and it was considered the largest funerary complex of the Ohlone people. When the mall was built, we petitioned the city council and asked them not to destroy our sacred sites, but the developers and the businesses 'won'. But our resistance has never died. Hence, every year, on the day after Thanksgiving, the biggest shopping day of the year, we've organized an educational protest to remind the Bay Area about our Ohlone sacred sites and to educate the public on why and how the desecration of sacred sites hurts Ohlone communities and everyone living here in the Bay Area. We also ask people to not shop at this mall.
Bring friends/food to share/signs and great attitude. We are sure to be joined by friends from all over, spoken word/sacred songs/dancers are welcome. Contact organizers if you have something you would like to share.
at November 28, 2014 No comments: 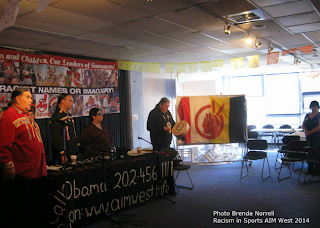 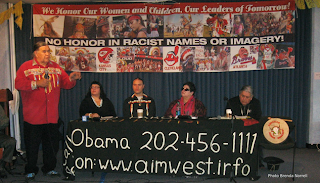 Please post & distribute. Nia:wen.
MNN. Nov. 27, 2014. John Robles, our Taino Ongwehone brother, lives in Russia. He posted a list of shame as his “thanksgiving” tribute to the United States of America.