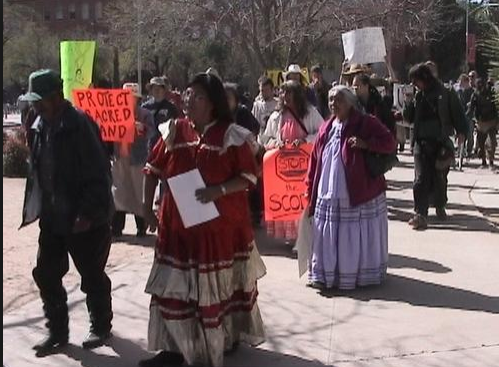 Previously Secret: New 20-Year Permit for the Desecration of Apaches Sacred Mountain Graham by the University of Arizona in Tucson and its partners.

With smooth PR, the University of Arizona in Tucson receives millions for 'Indigenous' issues and programs -- while desecrating Apaches Sacred Mount Graham; designing drones to stalk and kill Indigenous Peoples; entering a corporate partnership with Raytheon Missiles; teaching classes to stalk people of color at the US Mexico border; and maintaining one of the world's top cyber spy professors to stalk people of color online while having Homeland Security on campus. -- Censored News 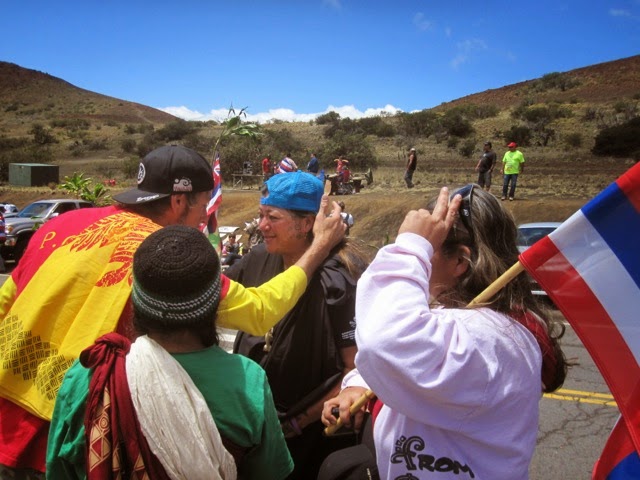 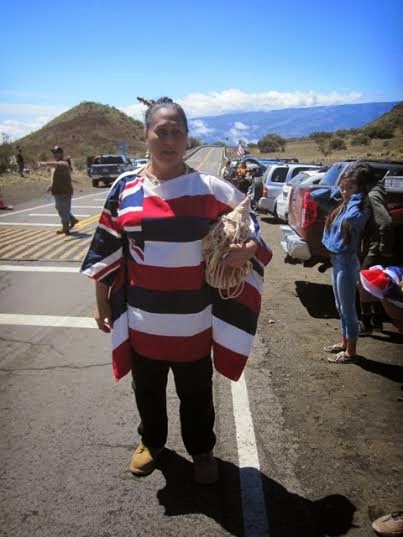 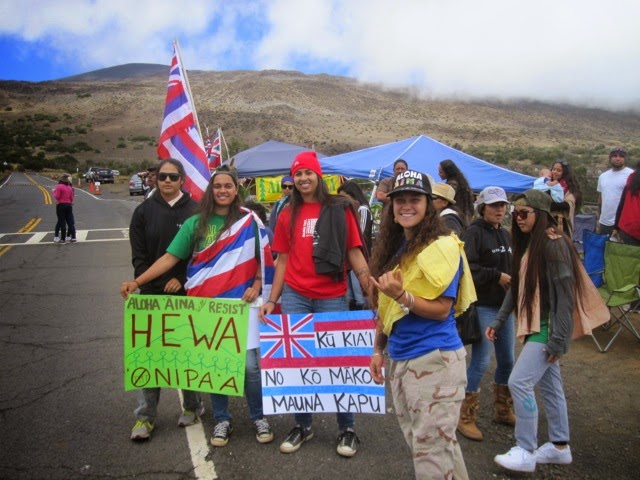 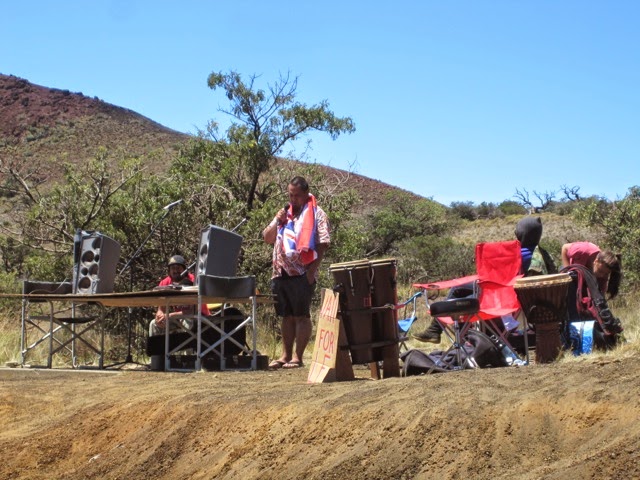 They are protecting the mountain from the construction of a 30-meter telescope (TMT), which is a desecration of the most sacred place in the Hawaiian Islands. The peaceful protest has been ongoing for several years but in the past several months has gathered more momentum and support from Hawaiians and other non-Hawaiians around the world. Through the power of social media, in particular, the Kanaka Maoli and others have attracted the world’s attention.
Today, Kanaka Maoli leaders from throughout the pae ʻāina answered the call of Mauna Kea at an impromptu rally addressing the TMT blockade at the Mauna Kea Visitors Center. The rally was electrified and inspired with speeches by populist firebrand Kaleikoa Kaeo from Maui, Kumu Hina Leimoana Wong-Kalu, Andre Perez of the Movement for Aloha No ka ʻĀina (MANA) and University of Hawaiʻi Mānoa Law Professor Williamson Chang of Oʻahu. Jason Momoa of Kauai also attended.
Cars and trucks, flying the Hawaiian flag and adorned with ti leaves, lined both sides of the Mauna Kea Observatory Access Road where more than 100 “protectors” and supporters listened attentively to the leaders’ words, calling out “Eo!” (“We are here”) in response to their statements.
Professor Chang, who has offered pro bono representation of the 35 who have been arrested since April 2 and any future arrests, shared the legal basis he will use in defense of the Mauna Kea protectors, and distributed a two-page document outlining it.
Professor Chang, the most senior professor in the U.H. Mānoa’s William H. Richardson Law School, says his defense will force prosecutors to prove they have jurisdiction in the islands, which he says were never specifically identified in the Joint Resolution the U.S. Congress used to purportedly annex the Hawaiian Islands in 1898.
“Sacred Mauna Kea Hui will not compromise—we are way past compromise,” says Kamahana Kealoha, a cultural practitioner from O’ahu and one of the group’s organizers. “Thirteen telescopes in a conservation district is rape. This is ethnocide. And in Peter Apo’s case it is ethno-suicide. Ethnocide is genocide.”
The group is continuing to request donations for flights to and from Hawaiʻi between the other Hawaiian islands as well as much-needed accommodations, including food, ground transportation and other essentials. Those interested in donating may click on the Sacred Mauna Kea Fund link: http://www.gofundme.com/sacredmaunakea or contact Kealoha at sacredmaunakea@gmail.com.
For more information and updates, visit http://sacredmaunakea.wordpress.com/. On Twitter #AOLETMT.