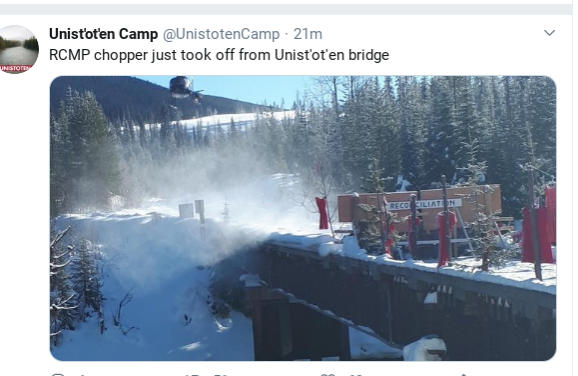 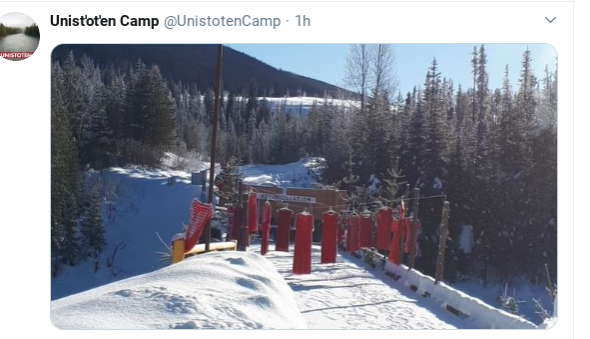 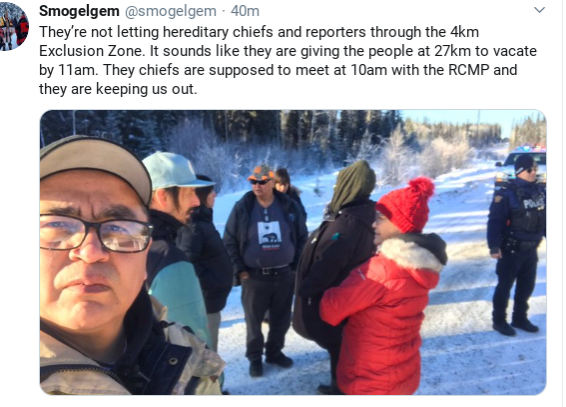 URGENT UPDATES Feb 8, 2020: 11:05 am - 2 helicopters have landed across the bridge from 66km, on the Gidimt'en side. One is DLT, the second is RCMP. 10:54 am - Two regular RCMP supported by one tactical member approached Woos' cabin and knocked on the door - they informed those inside that the exclusion zone was extended, and that if they need food or water they can be provided, or they can be escorted out without arrest. 10:41 am - Four tactical units have been seen wandering around the Gidimt'en camp, and two heavily armed RCMP tactical team members in green fatigues have approached Woos' cabin. 9:50am - A large convoy of RCMP and industry has headed up the road to 27KM - around 40 vehicles. They seem poised to continue their violence, despite the fact that Wet'suwet'en Hereditary Chiefs have a meeting scheduled with RCMP at 27KM at 10am. #WetsuwetenStrong #DefendTheYintah For more updates see Wet'suwet'en Access Point on Gidimt'en Territory For Gidimt'en's call to action: www.yintahaccess.com Donate to Gidimt'en camp: https://www.gofundme.com/f/gidimt039en-strong Unist'ot'en Supporter toolkit: unistoten.camp/supportertoolkit2020/ Unist'ot'en legal fund: https://actionnetwork.org/fundraising/unistoten2020legalfund 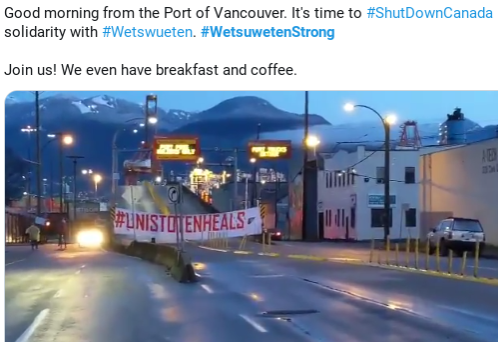 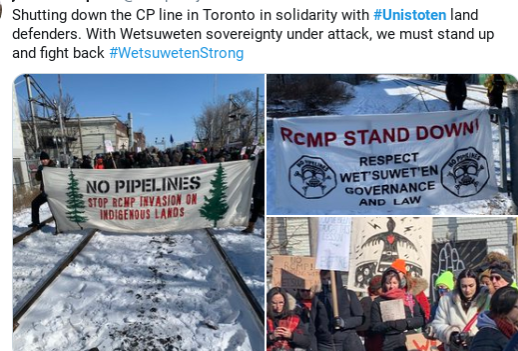 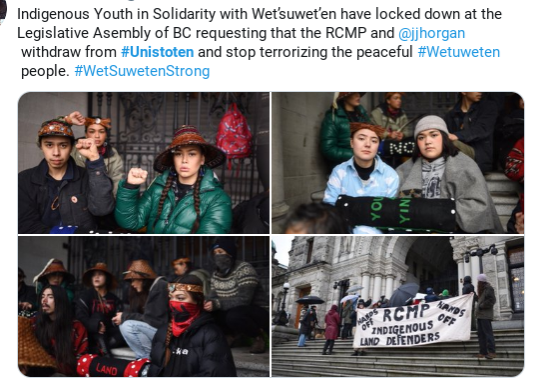 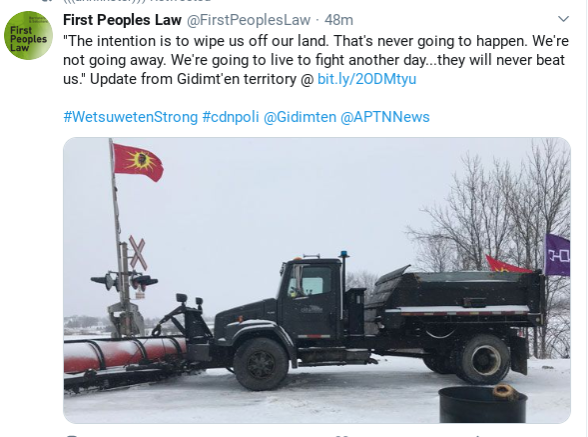 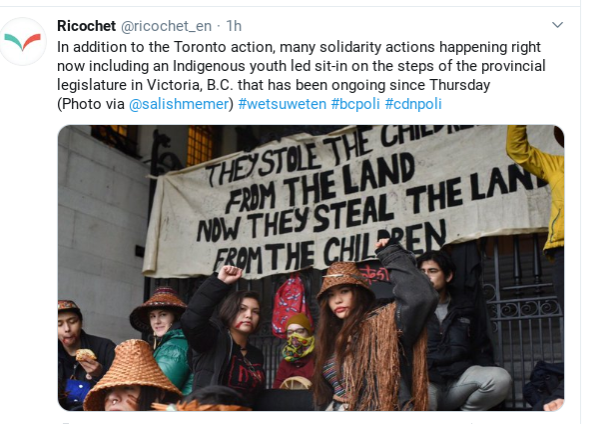 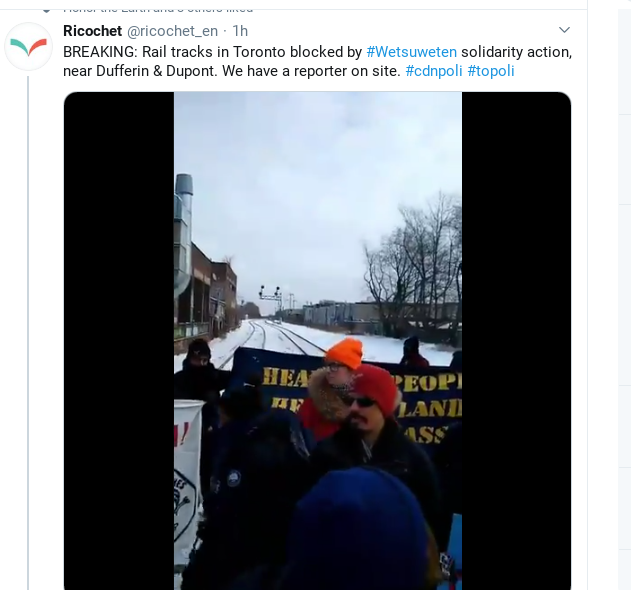 There are 22 Native Nations in Arizona and there's almost no investigative reporting on critical issues such as Native American water and land rights.

Further, very few Native investigative reporters are being hired by media in Arizona to cover serious breaking news issues such as the border, demolition of sacred places, destruction of burial places, theft of water rights, destruction of endangered species and migration routes, and human rights abuses by elected tribal governments that are manipulated by the U.S. government.

Even after 40 years of forced relocation, many are unaware that it is the Navajo Nation elected government that signs the leases for coal, water and gas development -- including those that were signed for the longtime destruction of the Peabody Coal lease and the three coal-fired power plant leases.

Now the State of Arizona is using threats and manipulations in an attempt to seize Native American water rights.

The border wall contractors are now blasting in the path of an O'odham burial place. Already, the protected Saguaro Cacti have been mutilated, endangered species violated, and migration routes of jaguar and Pronghorn blocked.

There's has been widespread deception. Beware of the reporters who have spent their lives in easy chairs rewriting the hard work of those reporters who were present.

Here's the scheme they use: They take others work and rewrite it, and add a quick phone call interview to deceive readers into believing they were present. They usually add a stolen photo as well. There are a number of reporters in Indian country that I haven't seen present on a news story in the past 38 years.

Don't be fooled. Silencing authentic investigative reporters who are present to cover the news is part of the ongoing collapse of journalism, a collapse that allows the so-called elite -- corporations and their politicians -- to enrich themselves, both with money and power.

Brenda Norrell is the publisher of Censored News. During the 18 years that she lived on the Navajo Nation, she served as a reporter for Navajo Times, AP, USA Today and others. After being censored and terminated as a longtime staff reporter for Indian Country Today in the Southwest, she created Censored News in 2006, which has no ads, grants or salaries.
at February 08, 2020 1 comment: 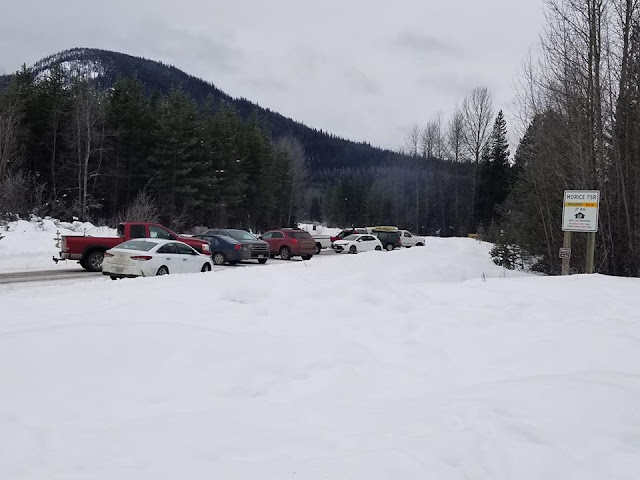