Chief Fox,
On July 20th 2010, US Ambassador David Jacobson made a presentation to the leadership of the First Nations at the Assembly of First Nations summit in Winnipeg, Manitoba. He did so despite the Government of Canada concerns that the United States had no business "interfering" in "domestic" matters. It is worth a review to look at the letters I received and sent to the US Ambassador in 2010.
In my letter (January 27th 2010) to US Ambassador David Jacobson, I wrote,
Anyone who believes that the current situation between indigenous people and the Canadian government will remain status quo for the next ten years is not a student of human nature.
To believe that this next generation will remain peaceful at the 63rd level of the United Nations Living Index is not realistic. It is America that purchases 87% of all Canadian exports and represents 72% of all foreign investment in Canada, so it is America that Canada listens to.
When it comes to security of trade between Canada and the United States, it is important to be informed. We have met with U.S. Consulate staff in the past and we were told to "keep the U.S. Embassy informed."
In 1994, President Clinton had to deal with the Mayan uprising when it caused the American dollar to tumble in international markets. International investors pulled out in huge numbers from publicly traded U.S. corporate investment in Mexico. How much do Americans have invested in Canada and what would the economic effect be for the United States if an indigenous uprising occurred in Canada? Before we ever get to that point, is it important for you and your staff to be aware of indigenous issues.
A year ago, we were in Washington on January 8th 2009 and were on the front page (B Section) of the January 9th 2009 Washington Times. We have been trying for many years to "wake up" Americans to the indigenous peoples human rights issues north of the border.
I now predict that there will be serious problems in Canada between indigenous people and the government. If Americans understand the impact it will have on their oil companies operating in Canada, they may realize that indigenous human rights in Canada is not a simple "internal domestic" matter.
My community is typical of most First Nations, we have 75% unemployment. In 1993, police snipers came into our community. In Winnipeg, the Canadian Army stood on standby as police took away our gaming rights. In the last two decades America has learned a lot about Native Americans. They can teach Canada that allowing indigenous people to be part of the economy is the road to creating the hope that nullifies protests.
Chief Fox, David Jacobson is a good guy. He is extremely intelligent and normally a person that is confident when making a presentation. He was nervous when he made his presentation to the Chiefs in July 20th 2010. I would assume that he was under a lot of pressure because it is not normal policy for Ambassadors to make a presentations to a political group in another country.
Two Native Americans who were on the panel with Ambassador Jacobson were Chairman of the National Congress of American Indians Mr. Jefferson Keel and Jamie Fullmer of Blue Stone Strategies. Jefferson Keel is a Chickasaw from Oklahoma and the Chickasaws are a very progressive tribe that is economically independent and well organized. Gaming is not the only area that the Chickasaws are involved in, they have many economic ventures that they are dealing with.
I agree that the US Ambassador needs to be updated regarding the current situation in Canada. The impact of railway and pipeline blockades is not something that the Obama administration should learn about after the fact. I have attached contact information for the US Embassy and the staff that I met with at the US Embassy. I have tried to keep them informed over the years through email. They may not have always appreciated the emails but we did try to keep them informed. The Canadian government on the other hand has always tried to downplay the anger of First Nations people. They always tell the Americans that all is well in Canada and that there are only a few "militants" in the crowd but the reality of what is happening today ensures that Americans will become increasingly concerned.
I would suggest that the Chiefs in Ottawa make an attempt to meet with not only Ambassador Jacobson but also with as many of the Ambassadors as possible. The impact of a National Action on Railway and Pipeline set for January 16th maybe considered "terrorism" if other countries are not properly informed regarding human rights violations in Canada. We have always been a peaceful people, and unfortunately that is the problem, we have not taken the route of Native Americans such as how AIM did forty years ago. It is therefore taken for granted that the "Indians in Canada" will simply defuse and go away.
This National Blockade in Canada by First Nations on January 16th will have impact upon the January 21st Inauguration of Obama. We do need to speak to the Americans before that happens.
Thank you Chief, just call the US Embassy and ask to speak to the Ambassador or the staff members I have met with. I am sure that the Ambassador will welcome your information. He needs to know and inform Washington. That is after all his job, to keep the US Government informed. The Wiki leaks showed that the US Embassy has been concerned with Canadian policy on First Nations for a long time but of course, diplomacy allows only so much to be public.
Terrance Nelson
at January 02, 2013 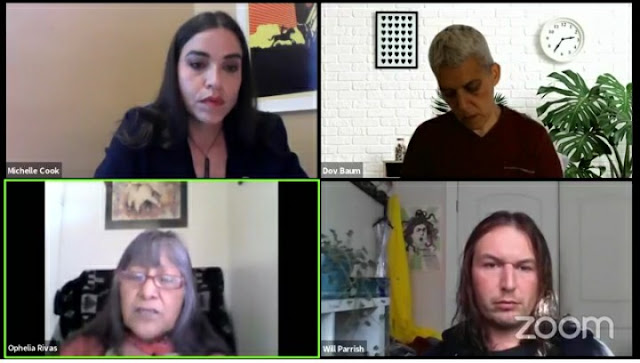