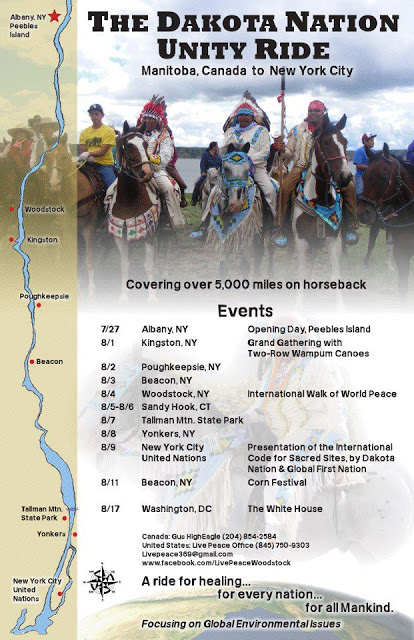 By First Nation Terrance Nelson
Roseau River Anishinabe
Censored News
Abas,
Fars News
Once again thank you for posting my article on Fars News Agency on June 23, 2013
http://english.farsnews.com/newstext.aspx?nn=13920401000971
Please find attached poster on the Dakota Unity Ride. Chief Gus Higheagle is a traditional spiritual elder. He leads the Dakota Unity Riders and he is undertaking an immense effort to go to New York City and Washington D.C. The United States Government does not acknowledge the Dakota people in Canada. The Dakota in Canada have lost all their lands in the United States and Canada refers to them as refugees from the United States. This is absurd, these are original peoples of North America. They are not refugees. 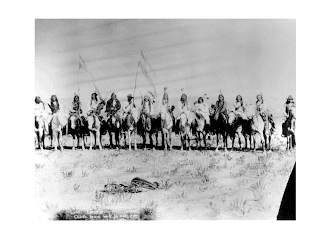 In the past the American Government has always ignored the history of the Dakota. The Massacres of Dakota people in the late 18th century is a part of the history of terrorism and genocide against the indigenous people that was carried out by the United States army. See Attached pictures from Wounded Knee South Dakota 1890.
In Canada, the Dakota face severe poverty. Chief Frank Brown, one of the Chiefs who attended the Iranian Embassy in Ottawa in our delegation in 2012 now faces jail time after they sold untaxed Mohawk cigarettes to gain some income for their people. In Canada the system is stacked against the indigenous people. Chief Brown will face the same court system as I did. Canadian National Railway won a court case against us. We didn't expect anything from the Canadian court but we wanted to ensure that the court will not get away with making a decision without us being there to tell them our side.
Americans killed indigenous people outright but the British in Canada were masters of colonization and they led indigenous people to believe that they were allies, not the enemy. Today reservation lands in Canada are 60 times smaller overall than reservation lands in USA.
Before anyone believes that the Canadians are a gentler nation, see attached information on how they can and will use police and the Army if the indigenous people resist.
http://warriorpublications.wordpress.com/2011/02/11/oka-crisis-1990/
We thank Iran for taking our human rights in Canada seriously. Can you post the Warrior Publications information regarding the 1990 Oka Crisis, then perhaps many of the 120 non aligned nations can see how Canada really treats our people. They used 4,500 soldiers in 1990 to suppress a Mohawk protest. To think of Canada as a gentle nation is simply not true.
I attach for you a copy of the court decision released on June 28, 2013 that denies us a right to blockade the theft of our natural resource wealth. Many of our people are in jail or will be in jail for defying court injunctions. 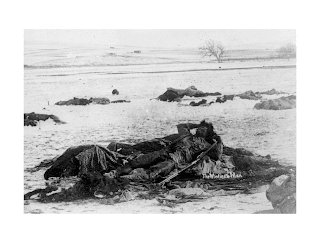 The laws of Canada are backed up by armed police and the army. Indigenous people are not allowed to protest in any meaningful or effective way. The Thieves can continue to steal our lands and resources and armed whites will enforce their theft.
In the Treaty 1-11 meeting in Onion Lake July 14 to 18, the people will make the decision of what actions if any the indigenous people will take to protect their fundamental human right to property.
The Dakotas need $50,000 to complete the ride to New York and Washington. We are putting out a request to all people to help the Dakota so that they can take their cause directly to President Obama. Regardless of whether or not Obama acknowledges the Dakota and the American history of genocide, remains to be seen. I will be taking the Dakota request directly to the Grand Governing Council of American Indian Movement in the next two days and I will take their information next week to Onion Lake for support. Anyone else who can support the Dakota Riders can contact Gus Higheagle at the phone number on the attached poster or contact the supporters in the United States at the website address, which is also on the poster. 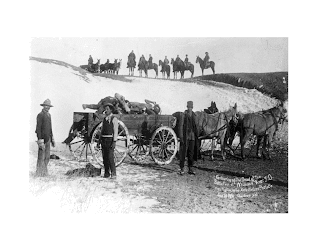 Again thank you Abas for your continued support of our people here in Canada. I understand that due to the sanctions, Iranians cannot contribute financially to the Dakota, however if you can post this information and send it to some of the 120 Non Aligned Countries, perhaps some will respond. The Dakotas will leave on the Unity Ride within two weeks on July 24, 2013.
In the near future AIM Manitoba will be erecting a statue of the famous war chief Sitting Bull near Winnipeg with information on the Genocide in North America. It will be the first step on our drive to build a museum. I will send you the Museum Concept within two weeks. If you can help us distribute that information to other countries, it would help the Dakota people even if the United States continues to ignore its history.
Terrance Nelson
Vice Chair American Indian Movement

"A RIDE FOR HEALING...FOR EVERY NATION...FOR ALL MANKIND"
5-25-13
https://www.facebook.com/photo.php?fbid=606995129330203&set=o.260785240626231&type=1&theater
BY Deborah LaVallie The Dakota Nation Unity ride will begin a 5,000 mile trek on horseback on July 27th in Manitoba, ending their ride in New York City on August 17th.  The purpose of the ride is for healing every nation of mankind. Gus High Eagle and his well known horse Rudy, along with family and friends started the annual 'unity' rides traveling to areas such as Wounded Knee (SD), the Black Hills, and last summer in the 'Many Sitting Eagles Ride', riding from his home in Pipestone, Manitoba to the Turtle Mountains and Fort Berthold reservations in North Dakota, commemorating the War of 1812.  Gus and his wife Emily who crafted their traditional beaded regalia, are Canupawakpa Dakota and began the annual rides as a way to get young people involved and is all about tribal nations getting together in 'unity'...for the future.

Their ‘Unity’ ride last summer was a Memorial, commemorating 200 years since the War of 1812, when ‘Seven Nations’, the Dakota, Ojibway/Chippewa, Assiniboine, Cree, Hidatsa and Mandan Nations defended and held the ‘line’ of American expansion and aggression holding the ‘Mandan Trail’ open from what is now Canada, all the way south to the Mandan lodges, in what is now the Fort Berthold reservation.  The ‘Many Sitting Eagle’ Chiefs’ traditional leadership of the seven tribal nations, defended their camps and people in 'unity' while their warriors were away fighting the War of 1812, allied with the British troops. The war ended in the eventual loss of their Homelands.  The ride was to honor the memory and 'unity' of the seven tribes at that time.